On The Scene: Karlen Aslanyan 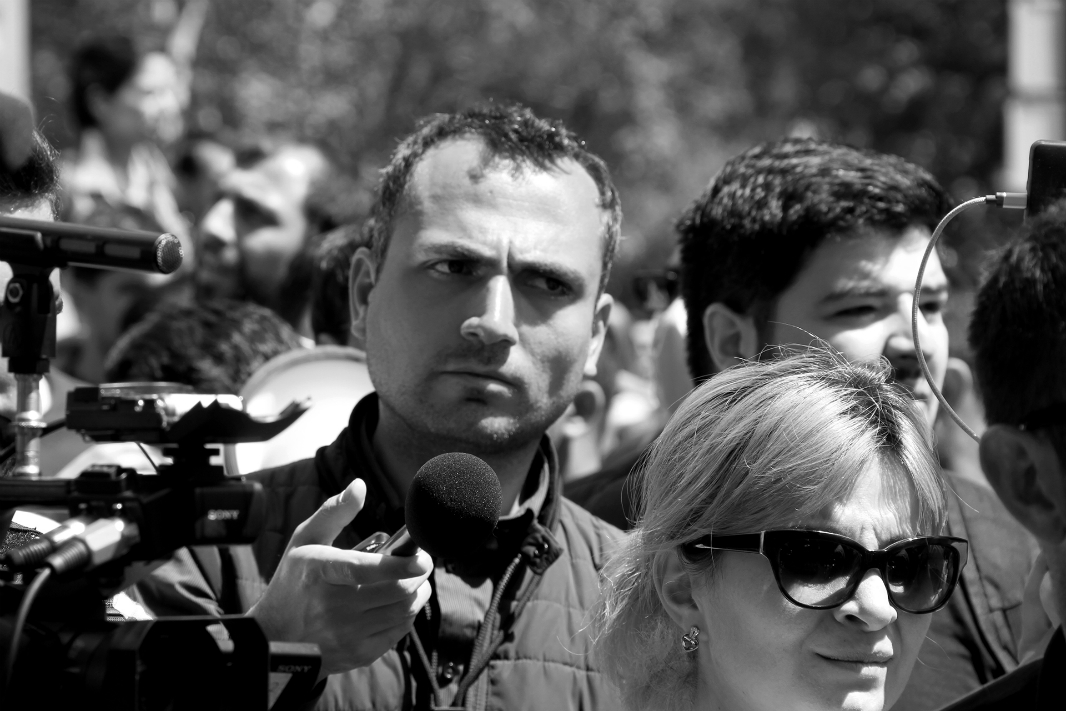 In 2005, when Karlen Aslanyan was a student at the Yerevan State University’s Faculty of Journalism, he came to RFE/RL (Azatutyun), passed a probation period with the Max Liberty Youth program, and then began his journalistic career from there. He chose his profession from the age of 12-13 years old though.

“In school I was interested in politics, I would read printed press, if I skipped class it would be so I could go to rallies. I already knew that I would become a journalist. During the entrance exam, I was one of the few applicants who only selected one faculty in my application.”

Karlen Aslanyan is a candidate of philological sciences and teaches journalism at Yerevan State University. In RFL/RE (Azatutyun), he initially prepared materials on youth topics. In the 2000’s, he began to cover lawsuits filed against newspapers and made a shift from covering litigations to politics. He considers the political rallies which followed the 2008 presidential elections as a more serious school of journalism.

“During the protests and rallies, you are being molded as a journalist, you learn how to ask questions, to work in emergency situations, to recognize people, politicians. And the 2008 rallies stuck out by the size of the crowds, large-scale rallies of this kind hadn’t happened in a long time. Generally, with the return of Levon Ter-Petrosyan, much has changed in the field of political culture, struggle and activism. It was a novelty for us, and I think my generation’s journalists have passed an important school, and I consider myself as one of those students.”

Aside from rallies, Karlen considers elections to be juicy material for journalists, including presidential, parliamentary and finally the City Council. In his opinion, the “Khorenatsi Events” were a new and unpredictable situation for journalists. 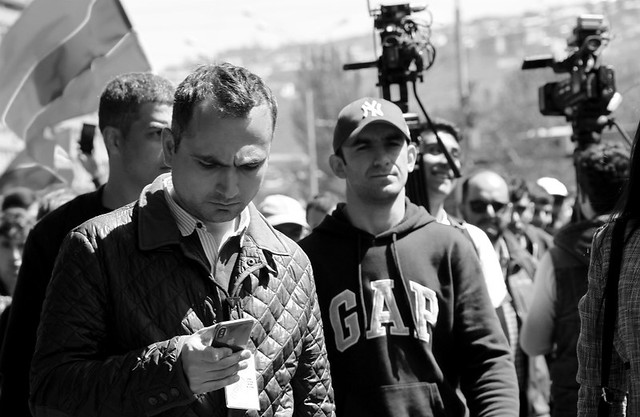 “People that we knew, that we had previously held dozens of interviews with, were standing on the other side of the fence with weapons. Then there were the well-known cases of violence against journalists.”

In the case of the Velvet Revolution, Karlen points out the unpredictability of the events.

“For the first time in 2018, protests gave results. A person, with whom we were walking on the streets, running after him, with whom we sat on the floor with to have interviews, today we address as ‘Mr. Prime Minister.’ This is something that had no precedent, something that our generation has witnessed.” 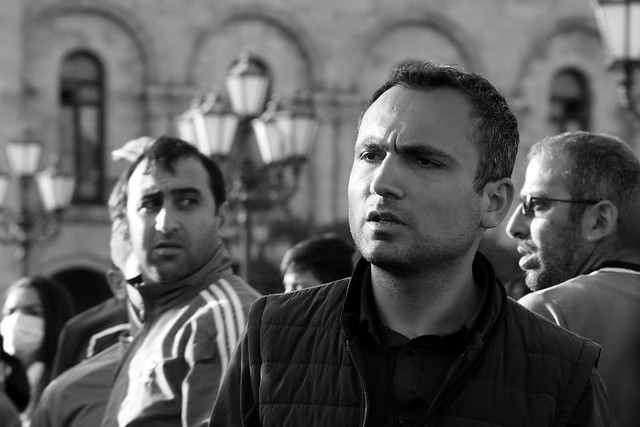 Karlen says that when reporting during emergency situations there is no time to prepare and journalists must be guided by their experience, abilities and knowledge. At the same time, he finds it very important for the journalist  “not to lose their sense of reality.”

“Experience shows that the stones placed on either side of the scale can place the journalist into a deadlock situation. On one side there’s ‘Office Journalism,’ living in that world, and not seeing any other reality. And on the other side, democratic, I would even go so far as to say popular or populist journalism, which may be externally colorful an interesting, but again leads to a deadlock. We are the ones transmitting the ‘golden medium’ to the people, as soon as we lose our sense of reality, journalistic qualities will suffer a great fall.”