Images Of The Revolution 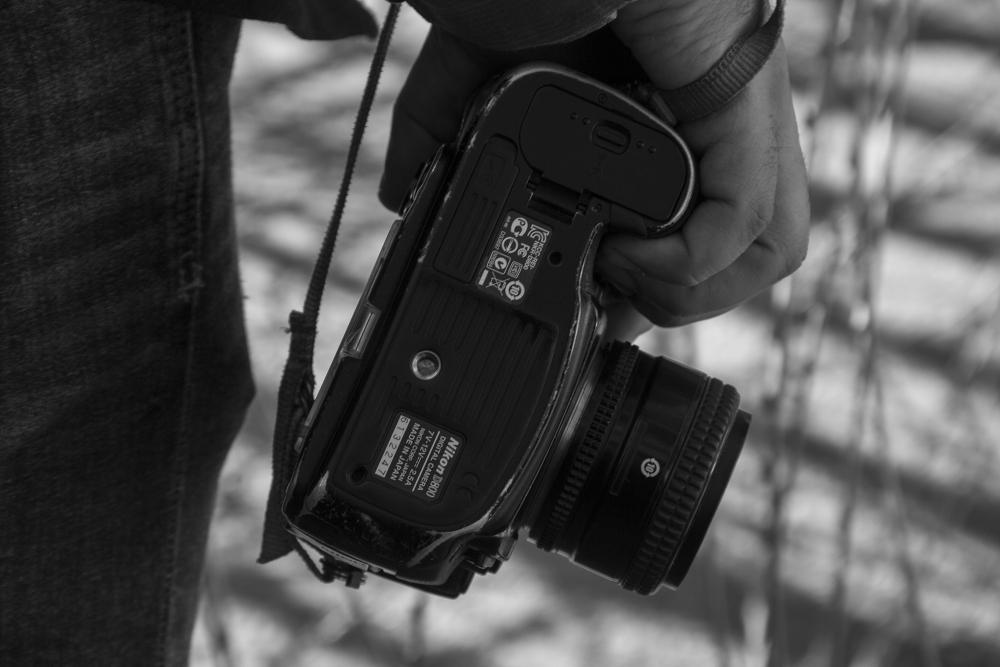 The Velvet Revolution was also a media revolution. The media has been thoroughly and finally left out of the news framework. Media was everyone, everywhere at every moment. Media was the live feed, video, photo shared by journalists or users. But from the thousands of shared shots and photos, the public chooses, loves and swiftly spread a few, which leave an impression as images of revolution.

A few of us were taking photos in the metro. I had a 55 mm objective, and I couldn’t get very close, I was photographing from afar. I was struggling, trying to get into focus. I found myself in the middle of the door. On one hand, people were trying to block the door, on the other hand, police officers were trying to remove them, so that the metro could move. I was looking from right to left and I wanted to take a photo from both sides. It was a battle of the two sides. That became clear in my photo. If I had a wideframe objective, more things would have shown on both sides, and it’s possible that the photo would have been better. In any case, I am satisfied with the results.

It was one of the days when they were actively arresting demonstrators at the Mashtots-Amiryan intersection. People had closed the road in front of the police cars and weren’t allowing them to leave. They started to grab people left and right, in order to open the streets for the cars. In this series I took a photo from the moment they grabbed the boy, until they put him in a car and the car drove off. I assume he was taken to the police division. Naturally, not all the photos were successful. In one, the police officer’s eyes were shut. In another, the boys head is not in the right position. I chose some of them on the spot and sent them to the editorial office to be distributed. The emphasis of this photo was placed on the distribution between the fighting sides during that day, five police officers against one child.

I saw online, that Armen Sargsyan had come to the Republic Square, and I ran out immediately. I pushed my way through to reach them. In such cases, when there are many people, you often don’t find yourself at the place that you need to be or which is convenient. You ask one person to duck their head a little, you tell another to go a bit to the right. We took photo after photo and there was one moment when Sargsyan and Pashinyan began to say things into each other’s ears. I don’t know if it was a secret conversation, or if it was just too noisy. Then there was an exchange of facial expressions between them. From that moment, I have a few pictures with different facial expressions. The biggest value of this picture for me was that it was not done with a wide frame objective, which was later cropped. I intentionally photographed it in a way to draw the viewer’s attention to their facial expressions.

Another march was going to start from Masiv. Before Pashinyan arrived, people had already begun to close the streets. The situation was not tense, but I don’t know why, the police officers picked this boy from the crowd and cruelly took him away with difficulty, tugging and pulling. At first they were with black masks, then the red berets, then the police. It had already become tense, we were between the cars and the space between myself and them was that of one person. The stretchiness of the photo is also because of the proximity. One shot before or after was no good, and at the moment of this photo, you get the complete picture. The police brought the young man to the bus stop, where the people had closed the street and they let the boy out of their hands. He fled and they were unable to catch him.

The girl’s image captured me at once, her facial structure, her enthusiasm, and tricolor flag. During the march, it was a unique thing. Her style reminded me of Kim Kardashian, and I was under that impression when I took her photo. I took three shots, of which two of them were more general, while this one was a portrait. When she raised her two fingers, I realized that I had my shot and there was no need to continue. An hour and a half after the march, I saw her again at the Republic Square, where she was with a white shirt. At first, I didn’t want to publish the photo, it was a little complicated for our mentality, but eventually I decided to publish it on Hetq. In other circumstances, I would have tried to ask the girl’s opinion, but there is no need for permission during public marches. This is the second case after Talish, when I had doubts about publishing a photo.

This took place after the first round of the Prime Minister’s elections in the National Assembly, when the  Republicans voted against.The people gathered in the square were annoyed, but were waiting for PAshinyan to come and say “everything is going to be alright.” At that moment there was a concert, I was standing in front of the stage, taking photos of the people. I took a few photos of grandmother Leyla, the first one was this, in the next one the lights had changed and the shot was “burned.” Five minutes later, I came to the editorial office and realized, that before the photostory, this picture of grandmother Leyla needed to be published on Facebook very quickly. Others had taken pictures of her before me, but this was that moment when the tension and emotions were central, and everyone was waiting for something, for any kind of photo. I published it, and it immediately spread. It became a viral photo.

After the Prime Minister’s election, there was a state of waiting at the Republic Square. The roads had been opened so that Pashinyan and his team could pass. In that section, young people were taking selfies with Osipyan from different angles. I don’t know why, Osipyan looked directly at my camera, and that’s what I think made the photo a success. It gives the viewer the impression that he is smiling at them. I usually take personal photos and this photo went with photos of my friends and family on my Facebook. An hour later it had spread a lot. Mostly they didn’t know and so didn’t mention the author. The moment in the photo was accepted positively, and changed the mood. People wrote, Osipyan smiles too? After being appointed to the position of Chief of Police, the photo began to spread again by both users and the media.