On the Scene: Mkrtich Karapetyan 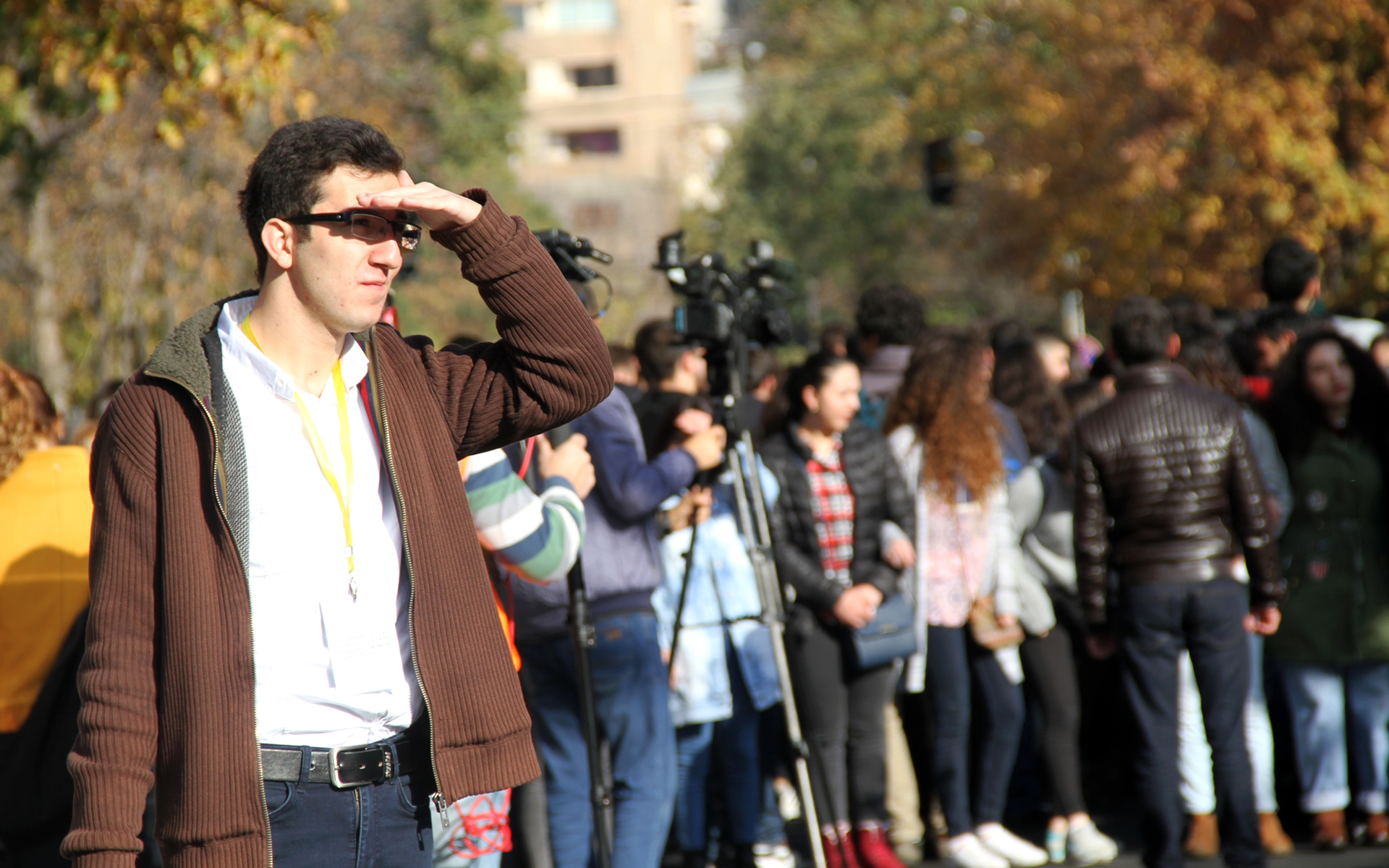 “It’s not like I made it to senior year and just then decided what I I am going to do. I was interested in political life since kindergarten.”

At 22 years old, Mkrtich Karapetyan already has five years of experience as a journalist. He began his career as an active journalist in 2013, when he was a second-year student at the YSU Faculty of Journalism. He believes that the theoretical knowledge provided by the university is not enough “to understand the field from the inside.” He has worked for the Armenian Times daily for two years, and since 2015, he is a journalist at Civilnet.

In the summer of 2016, he was going to continue his studies, when the takeover of the Patrol Regiment of the Yerevan Police Department took place. “My intentions to study at a Master’s degree level were postponed for a simple reason, we had work to do.”

On the scene, Mkrtich first appeared as a citizen, accompanied by his father, and as years passed, he began to follow the issues from the position of a journalist.

He has many friends among the demonstrators. He says, he tries to not break the rules of journalism by not giving them preferential treatment in his materials. After the demonstrations the friendship can continue.

“I do not adhere to any political organization, nor do I ever intend to. I consider it normal to express an opinion after the end of the working process, but within moderation, so that you don’t appear to adhere to this or that political party, or you don’t become identified with the party spokesperson.”

For journalist Mkrtich, it’s very important to cooperate with the cameraman, especially during a live broadcast.

During a live broadcast, naturally, there’s a lot of running, and you first need to confirm the route with the demonstrators, keep the cameraman informed, decide the position for shooting… and it’s very important, that the cameraman understands the process from start to finish, so that we can understand together, how far the police will push, how far the demonstrators will push, and what actions will follow…”

Aside from covering demonstrations, he likes to do investigative journalism and emphasizes the role it plays. “In Armenia the level of corruption is very high, there are  many hidden stories. It is up to the journalist to expose them and present it to the public. In that sense, investigative journalism must always be in great demand. Documents, reports, government agendas…There are many interesting facts which can be found in them, that are worth drawing to the surface.”

Text and photos by Sona Kocharyan