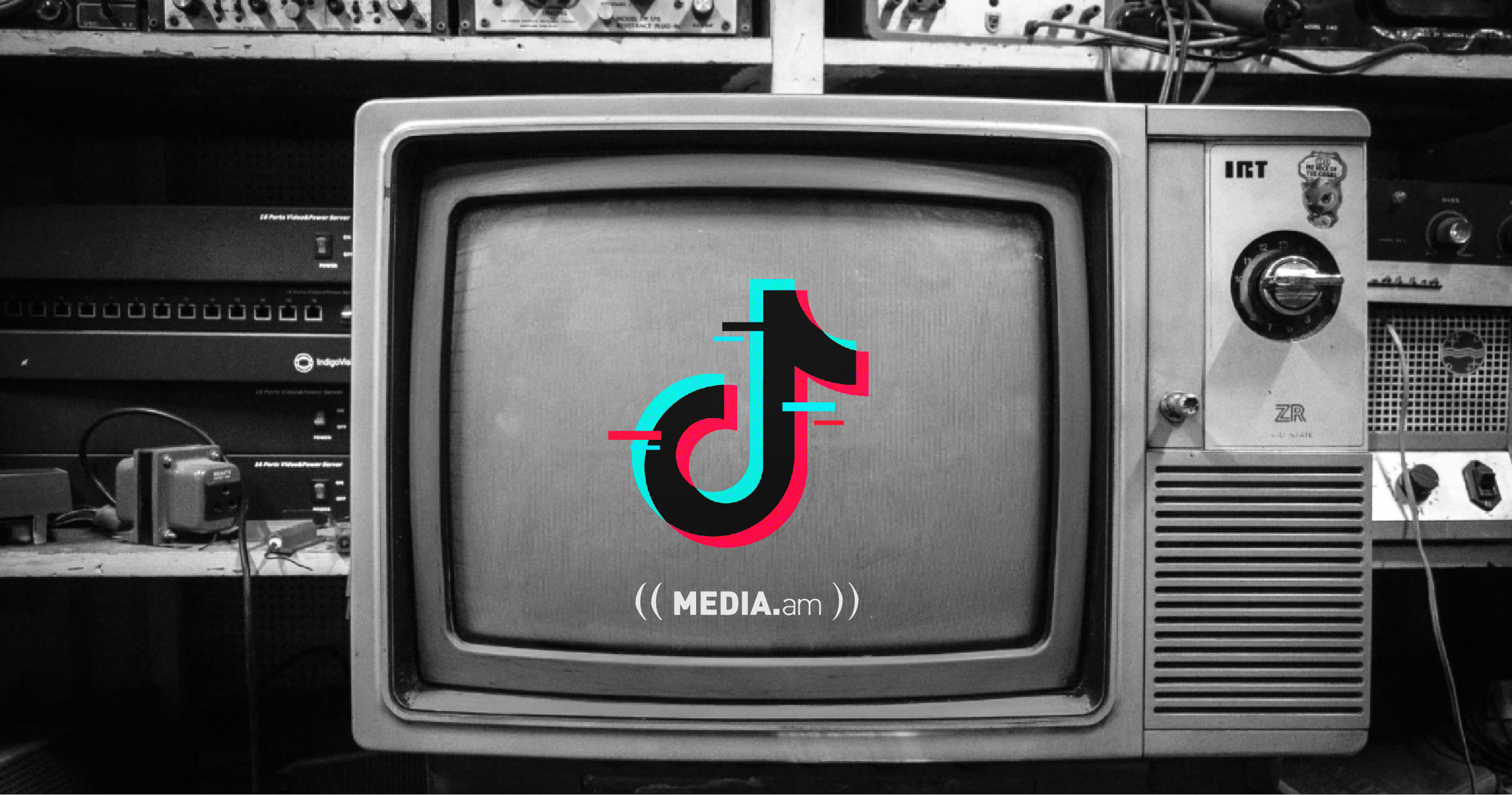 Years ago, when TikTok was still enjoying the fame of a viral social platform and was shaping its content landscape, the Armenian public did not take it so seriously. Already today, when we have hundreds of thousands of Armenian users in the application, influencers who have built a career there, and a more or less established attitude towards the network, the local media have also entered the field.

It is not news that the news media constantly follows the ever-evolving technologies and uses every possible channel to deliver the news. Their main goal is to constantly gain new readers (in this case, viewers) and followers.

Using the service exolyt.com, which provides systematic data about TikTok, we found out which of the local news outlets have the most followers, likes, videos, views, and engagement.

In order to understand the successes, challenges, general impressions, and experiences of media representatives in TikTok, we spoke with Azatutyun RFE/RL, 5TV, Xirat Media, Factor TV, and the Association of Informed Citizens.

The media has been watching TikTok for a long time. Due to the increase in the number of users, they decided to post their own content there. When creating Xirat Media’s Yezidi blog TikTok user account, they also took into account the age group of users, which is not so politicized, unlike, for example, Facebook.

The main reason that the Association of Informed Citizens and Factor TV registered on TikTok was to counter the misinformation spread on that network with accurate news and to provide the audience with reliable, multi-faceted reports and materials.

The Association of Informed Citizens started its activities on this platform ahead of the 2021 parliamentary elections in order to distribute videos about the electoral process, possible bribes, violations, and labor rights. “At that time, we were in the testing phase, but we received very positive responses,” said Mane Martiryan, the news agency’s digital marketing specialist.

Most of the media people who spoke with us stated that although they have been using TikTok for several months or years, they are still in the adaptation phase.

It took Radio Liberty a long time to make sure that TikTok is a relevant media platform not only for entertainment and comedy but also for political news.

“At the moment, we are in the preliminary study stage of TikTok and I don’t think we have much success there. However, we have ideas to work better and more on the platform,” said Artak Hambardzumyan, executive producer of Azatutyun.

Although there were no initial hurdles to adapting to TikTok at Factor TV, they report that given the platform’s ever-updating rules and tools, it used to be easier. they simply should have uploaded short videos.

On TikTok, most of the Armenian media use videos made for their television or website, that is, they do not create new content specifically for that platform. That is why, when watching news materials here, we mostly notice either cut and lost frames or small, horizontal videos with large, black margins at the top and bottom.

On 5TV, they do not have a separate specialist for TikTok, but the adaptation of the videos they have does not take much time. Azatutyun works that way too.

The Association of Informed Citizens and Xirat Media were the only ones we spoke to that had made videos specifically for TikTok, but both said they received fewer views than expected, compared to videos made and adapted for other platforms.

News reporters don’t post the materials of their news feed entirely on TikTok, they choose the topic, predict whether people will watch those videos or not, and then proceed to cut out the parts that have a clear and simple message.

The most viewed videos generally have simpler, emotional, sharp, and topical content. People don’t like to watch long things there; they also prefer sharp things to say and shows.

For the Yezidi blog of Xirat Media, which covers the Yezidi community, videos showing culture and everyday life are watched a lot. “People hear different things about the Yezidis, but in reality, they are not so true, and many people are interested in getting to know their characteristics,” said Sose Zakaryan, the media’s public relations officer.

Factor TV has noticed an increase in interest in informative and educational content, and inspiring videos. Views provide “exclusive materials” from war operations: shots of wounded and captured soldiers, police actions during demonstrations and protests, and controversial or, so to speak, scandalous statements of politicians and influencers.

The videos shot by their drones are distributed on the TikTok account of the Association of Informed Citizens, where they indicate, for example, the number of participants in demonstrations or talk about how to measure the number of people gathered in a public space.

Azatutyun informed us that they have set themselves the task of presenting the not-so-simple and intricate content to people in a comprehensible way.

TikTok is a rather capricious social network, which requires not only time and experience to understand, but also the ability and agility to navigate quickly.

The first feature of the platform is its algorithms.

“Algorithms are convenient in the sense that they allow you to get a large audience in a short time. But what can be widely spread on TikTok, may not work on other social networks, and what can provide high viewership here, it is difficult to say from the experience of news media,” said Irina Tavadyan, head of 5TV’s marketing department.

Unexpected successes and predictions complicate the work of news media. At Factor TV, they believe that you never know which video will go viral, or in TikTok slang, rec. You just need to constantly experiment and understand what works.

For Mane Martiryan of the Association of Informed Citizens, the first feature of TikTok is its phone application, where the videos are short and in vertical format. At the same time, adapting materials originally intended for other platforms to TikTok is quite a long-term work. You could make a new video in that same period.

The characteristics and surprises of the new platform have also brought challenges for the media, and to overcome them, mistakes, convictions, and attempts to bypass various obstacles are required.

The first challenge is to understand the language of TikTok.

Factor TV did an extensive report on the fight against gambling a few months ago, but the social network issued a warning based only on the visual component, not the actual content.

“Of course, we responded to the warning with a reply letter and presented the context of the report, but for the future, we noted that we need to be particularly attentive to the text and the footage. That’s why we’ve recently been more selective about the materials posted on this platform, considering that the mostly entertainment “rule” of the social network may not accept many reports that touch on current, important topics for us,” said Factor TV’s social media marketing manager, Anahit Hakobyan.

5TV also faced a similar problem, and after receiving several warnings from TikTok, it lost its first user account. This is their second page on the network, which they opened about a month ago.

“TikTok has a clear policy, which implies that there can be no footage containing any kind of violence, and it is very difficult to understand what it considers violence,” said Irina Tavadyan.

Before the final ban on 5TV’s TikTok account, there were temporary bans due to several videos. In one of them, the villagers were handing out piglets. TikTok described it as animal cruelty. The reason for the next week’s ban was a video about a weather forecast, which was filmed outdoors to show the heat of summer, with a half-naked child swimming in a fountain in the background. The network described it as child abuse.

The Association of Informed Citizens faced TikTok’s blocking and restrictions the most when posting videos referring to the Russian-Ukrainian war.

There are media that used TikTok earlier, but still do not engage with it and do not update it, they are Public TV, Infocom, and Kiss FM. The ArmNews TV channel, which has stopped its activity today, also had an account on the network. Hetq media factory also provides updates with little activity on TikTok.

Although TikTok is not the most important media platform of any Armenian news agency at the moment, nevertheless, the results they recorded and the comments they gave, prove that it can soon become the main link of news reporting. Editors tend to take TikTok more seriously in the future, investing time and resources.

The article was prepared for the Media Initiatives Center’s research “Spreading Misinformation and Fake Narratives on the TikTok Platform” as part of the “Media and Information Literacy Accelerator” program, which is implemented by the Public Journalism Club. The project is funded by a grant from the US Department of State’s Office of Public Diplomacy.