There Is A Crisis Of Trust In Armenia Both In The Media And In The Political Field: Survey 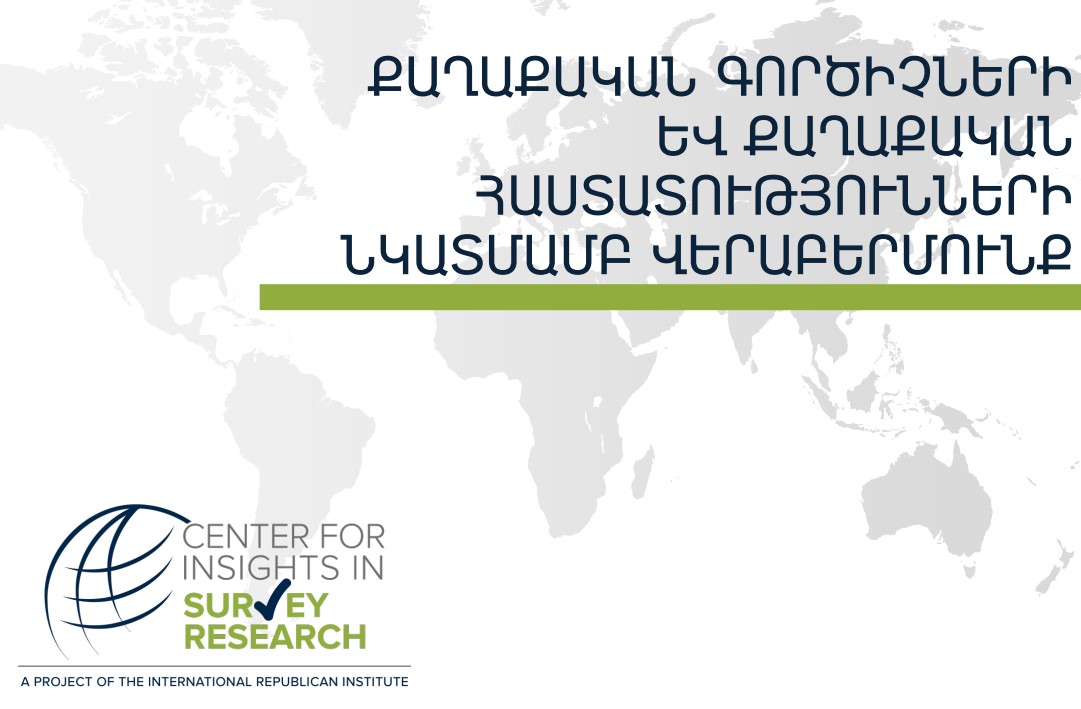 A new public opinion poll by the International Republican Institute (IRI) conducted in June 2022 shows that the majority of Armenians believe that Armenia is generally moving in the wrong direction.

That question is traditional, and after 2018 (even after the war), the

answer “correct direction” was the majority. But it hasn’t been so for a year now. 42% of the respondents consider the direction chosen by the republic to be wrong. 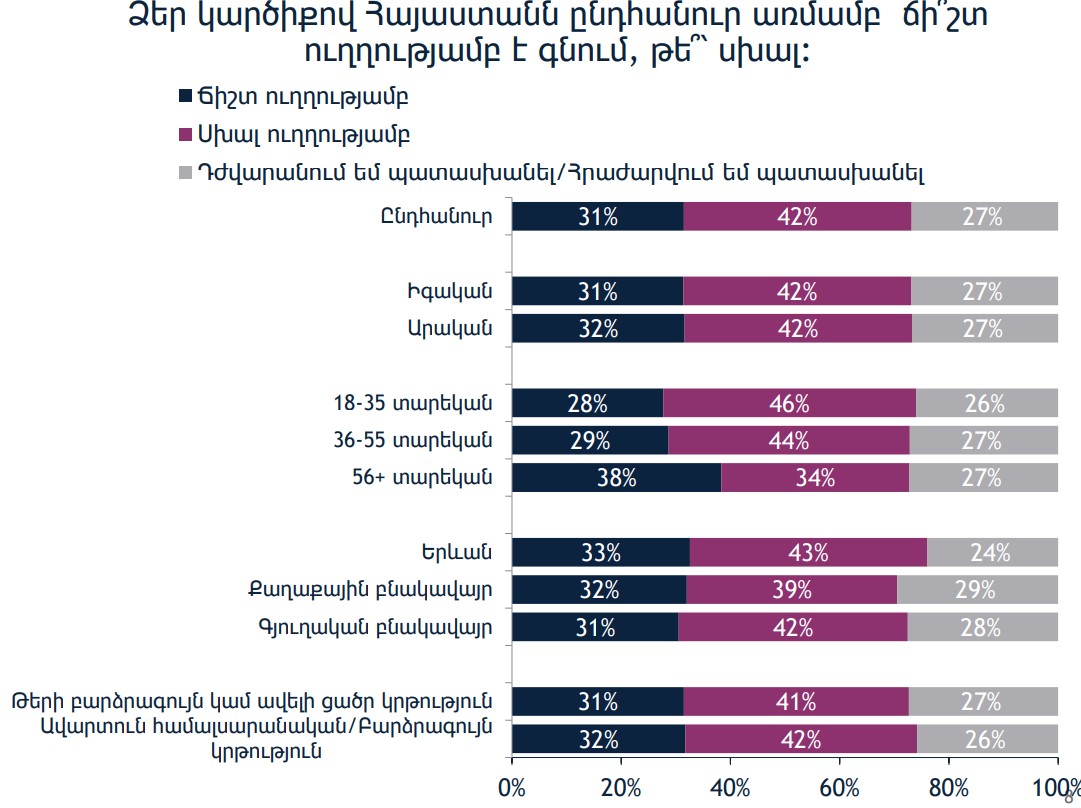 Moreover, mainly young people (18-35 years old) think so. According to the results of the last survey, 45% assess the direction to be wrong.

The primary issue is national security and border issues. This is the most common answer (54%).

It is undeniable that there is a crisis of confidence in Armenia. For example, 64% said that they do not trust any politician, and only 16% mentioned the name of the current prime minister.

If the parliamentary elections were held this week, they would probably fail, because 25% of the respondents would not vote, and 15% would not choose any force.

In the background of the political crisis, the section regarding sources of information is equally worrying. For example, 61% of respondents consider the spread of misinformation to be very problematic. 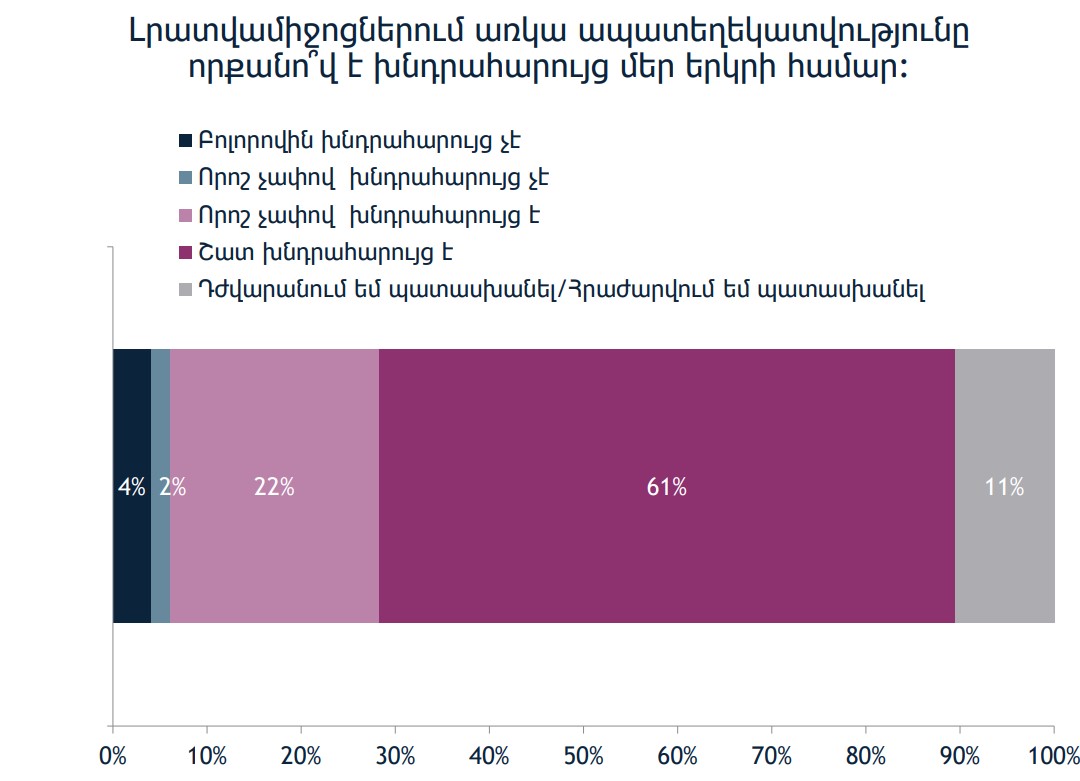 Moreover, 85% believe that the state should take measures to combat disinformation. 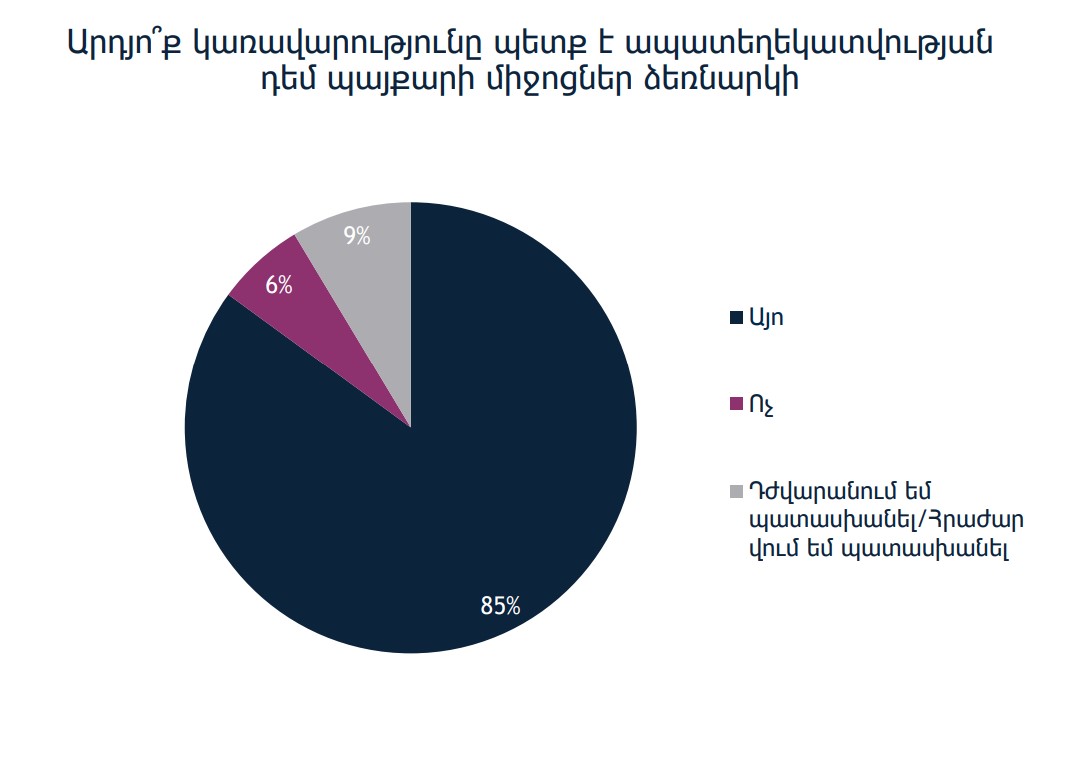 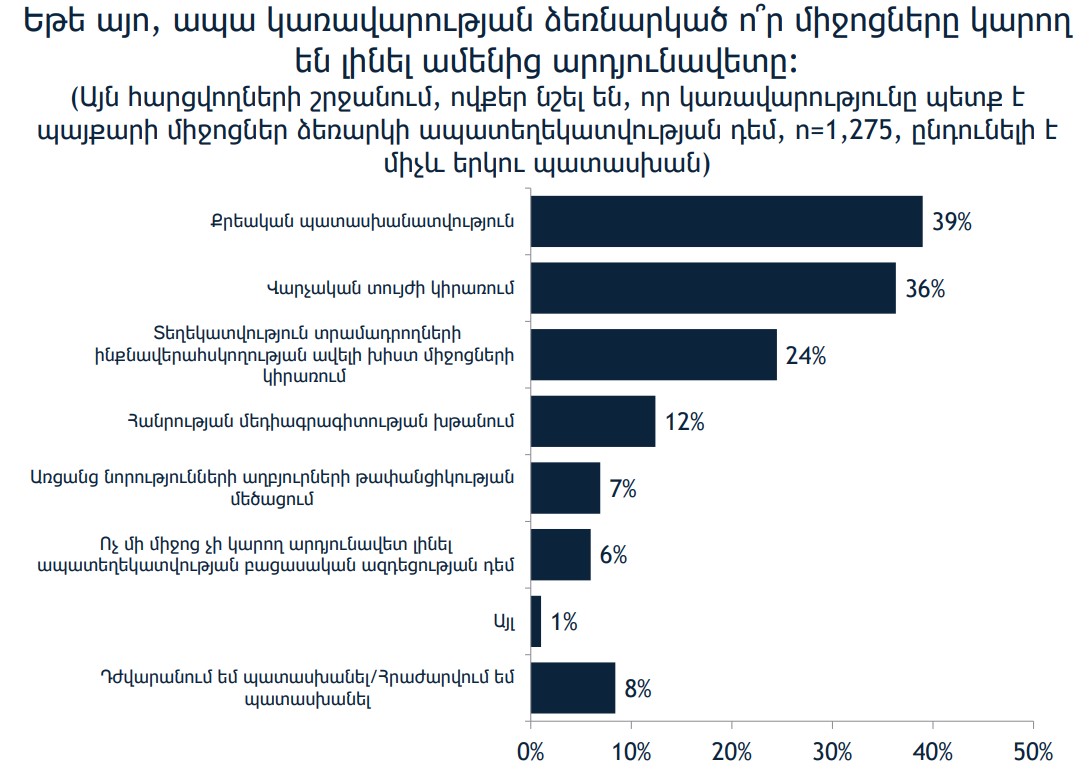 The 5% of the respondents who are against the state’s intervention in the information policy argue that the government will use the means of regulation as a propaganda tool and limit the freedom of speech.

“Which is the most reliable media platform or social network for receiving political news?” the vast majority of respondents answered: none. 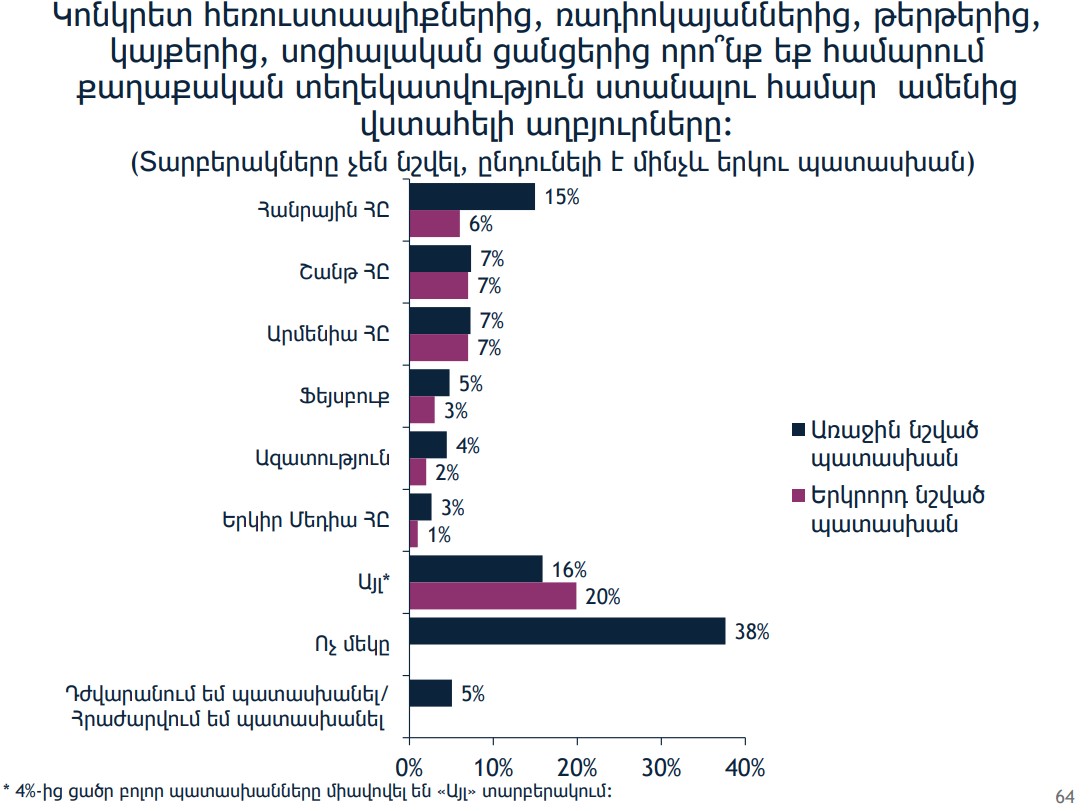 The results of the survey show that the majority of Armenians see the need for constitutional changes (66%). Among them, they consider that the best system of government is the presidential system (32%), not the parliamentary system (16%).

The Russian-Ukrainian war is also a separate segment, and the answers of our compatriots are in some cases very insightful, and in some cases, surprising.

For example, when asked who is the first person responsible for that war, most people mentioned the USA, then all sides, Zelensky himself, NATO, then Putin and Russia. But the most frequently encountered answer is: I refuse or find it difficult to answer.

Armenians are generally and sharply against Russia being subjected to sanctions.

There is also a question that connects the perception of that war with the media. Depending on which TV station people have mentioned as a reliable source of news, their answers also change. 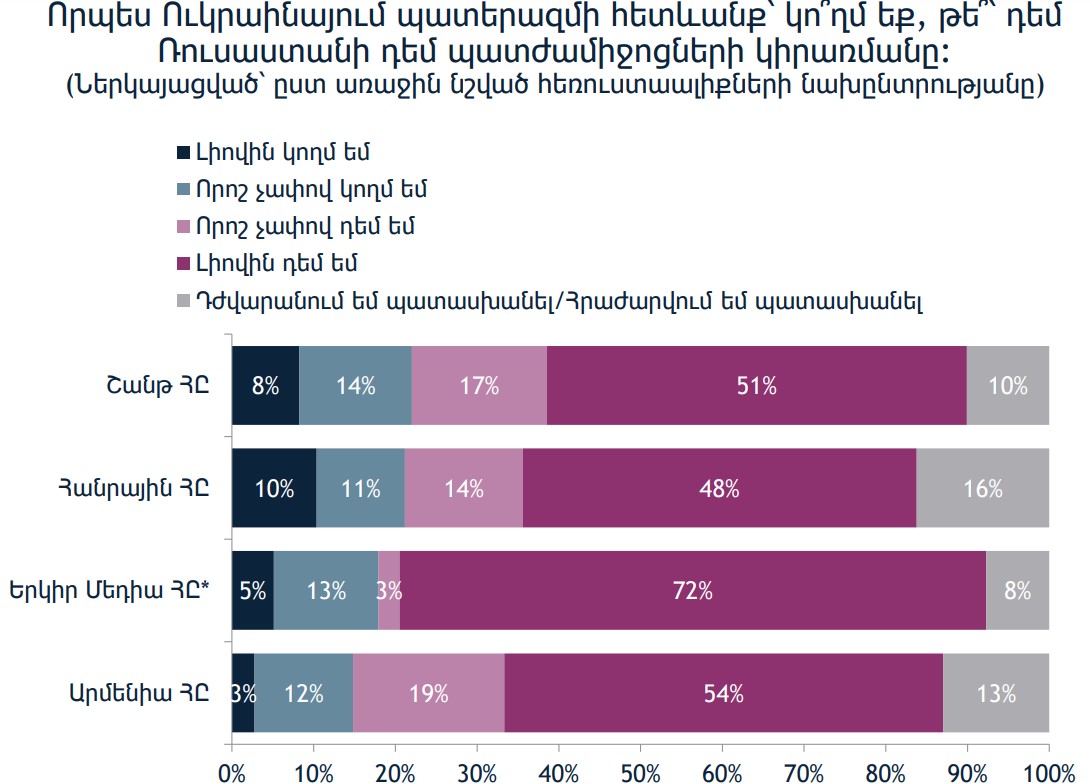 Most of the respondents are against the opening of the border with Turkey and have a negative opinion that Armenian-Turkish relations will be regulated.