Distrust Of The Media Or Good Times For Creating Quality Media 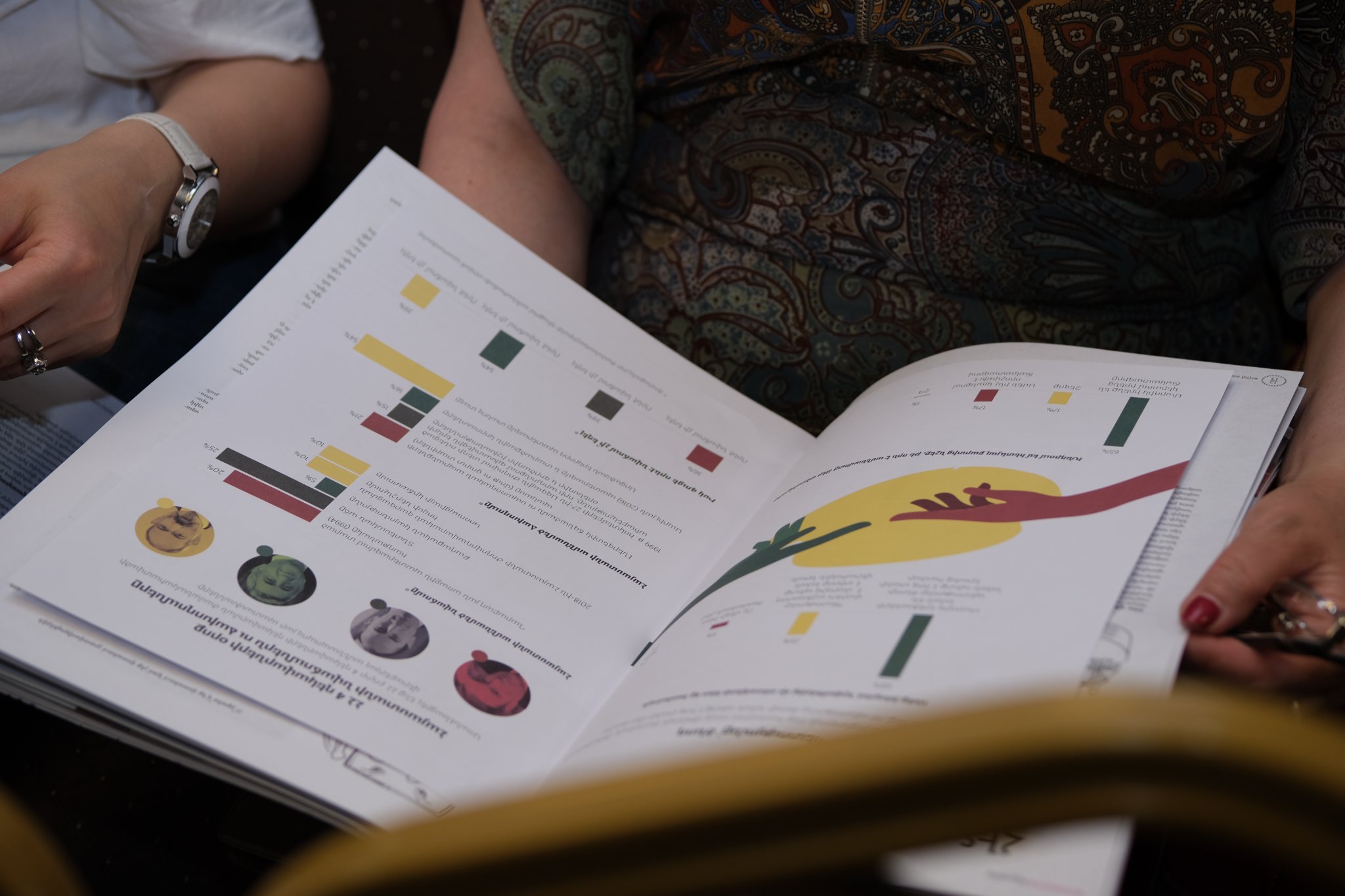 The public has lost trust in the media. According to the Caucasus Public Opinion Barometer survey, people trust the media the least and the ombudsman the most.

It is the first time in the history of the Caucasus Barometer that the trust in the media has registered such a low index. In this context, it is interesting that people have started to trust political parties, banks, and the police more. The lack of trust in the executive power and the National Assembly has also increased.

The survey was conducted in December 2021 and February 2022, 1,648 people participated, of which 73% said they did not trust and only 10% trusted the media. The survey revealed various reasons for distrust: the media mislead people, have a political agenda, are for collecting visits on social platforms, and so on.

Within the framework of the data presentation activities, a discussion was held on “How to restore trust in the media: External and internal challenges of the media.”

During the discussion, Lusine Grigoryan, Head of the Media Literacy Program at the Media Initiatives Center, said that of course, it is painful to have such an image of media distrust, but the problem is not only Armenian, it is specific to even the most developed countries such as England, USA, etc.

“We need to compare the received data with the data of the previous 10-20 years, in order to understand how people perceive so-called trust in general. In the last two years, the epidemic and the war have shattered people’s perceptions and myths about trust.”

According to Sevak Mamyan, the founder of Infocom, one of the reasons for the distrust is that the opportunities for the media to create a long-term lie have decreased․

“I think better conditions have been created for the media to become better now. If people set up media organizations to advance their political interests, in this atmosphere of general distrust, it becomes meaningless.”

According to her, it is expedient to consider the media as a common institution, if this question was asked of her as a representative of the media, she would say that she does not trust any media, but today everyone has one or two media outlets that they trust and consider a source of information.

In addition to media representatives, citizen Artak Gaboyan was also invited to the discussion. He said that it will be difficult to name any Armenian media outlet that he can consider to be of quality now․ “The news shouldn’t only be about giving the dry news but also educating, presenting the topic competently. On the other hand, there is a good opportunity to create a quality, educational and analytical media outlet like Medusa in Armenia.”

According to the survey, about 28% of Armenians compare what they read in the media with what is written in other sources, and 10% verify the information by asking reliable people. About 40% simply do not check suspicious information.

Lusine says that people cannot check everything in this huge flow of information and it is good that we have several fact-checking journalistic groups.

Besides, according to her, people are not able and do not even have time to check such basic data regarding the media outlet who wrote the article, who the journalist is, and compare the information with other sources and so on.

“We do different media literacy programs, we have worked with different groups, and now we are trying to institutionalize our work. As you know, media literacy is included in the state standard of general education and it is supposed that even some kindergartens should start promoting these skills,” she said.

Of course, the responsibility of the media is important here, they should help their readers to understand them, how they work, where they get their finances from, and so on.

Sevak says that Infocom tries to communicate with its audience through various explanatory videos, to help them decide how to distinguish a reliable media outlet, and to pay attention to data, but they still only have a small result.

According to the citizen, the intellectual level of people in Armenia is low and it is conditioned by the fact that they cannot fact-check the false information, they do not have the analytical skills to distinguish between media resources and false information.

“It would be good for the journalists to initiate the creation of a trade union, where the journalists who fabricate false news or spread manipulations three times will be ranked. People will see their names in red under the articles. It can help solve this issue in a short time,” he said.

During the coming week, other data that are the result of the research will be presented and thematic panel discussions will be held. You can get acquainted with the events with this link.