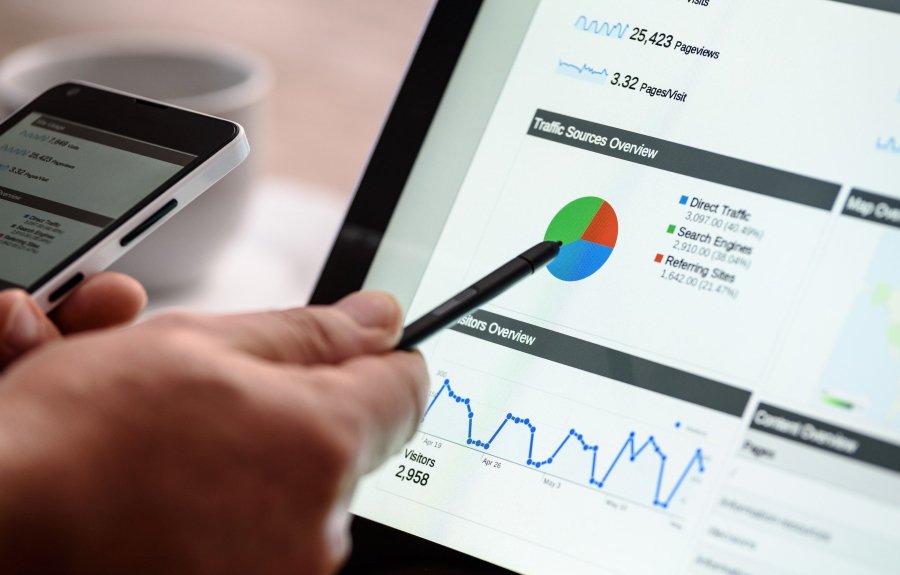 In 2020, the Commission for the Protection of Competition studied the advertising movements of the Armenian media market on television, radio, and the Internet. The 33 sites with the highest ratings on www.similarweb.com and www.alexa.com were viewed for Internet advertising.

The commission did not disclose the full version of the study, arguing that there was a trade secret. However, this month the study was published on the website (without excerpts from trade secrets).

During the survey period, the largest share of advertising went to television – about 54%, 22% to the Internet market, and only 4% to radio. The other 20% fell to other advertising platforms. 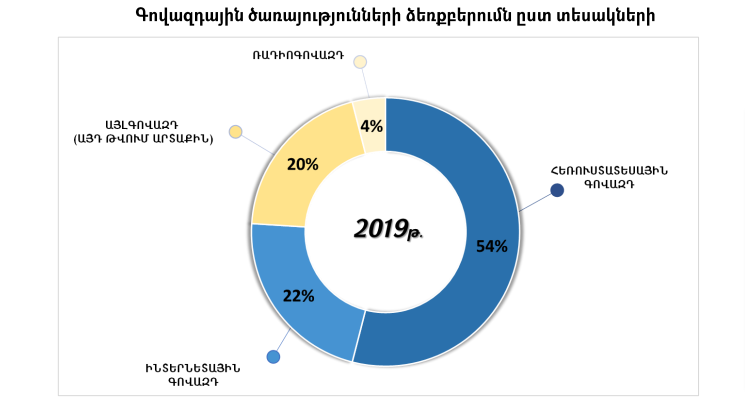 The most popular type of advertising on TV was direct advertising – 56%, followed by 23% PR, sponsorship – about 9%.

The commission presented the sums generated from the advertisements of 12 TV companies in 2018, 2019, and 2020, January-July. In general, there were no major changes in budgets over those three years. 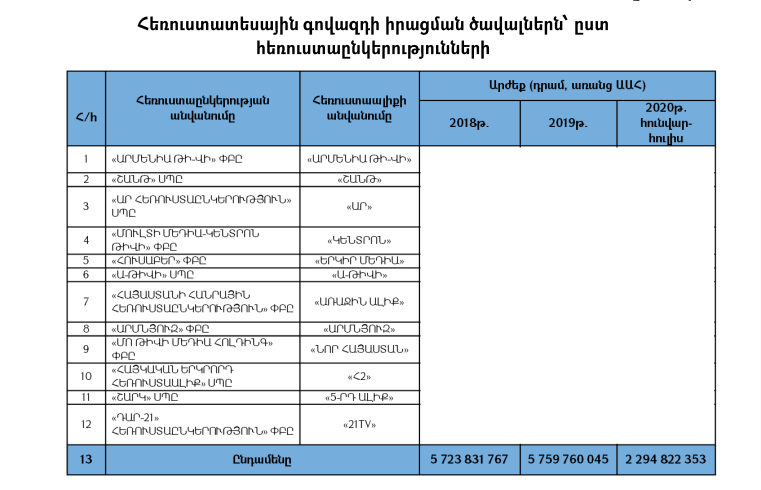 The study found that in 2018-2019, Armenia and Shant TV companies are companies that have a dominant position in the TV advertising market, although no number was indicated for any TV company. During the mentioned period, only AR gave way to these two channels in terms of advertising volume, the activity of which has been suspended, because it did not participate in the broadcasting licensing competition announced in 2020.

During these years, Public Television has been deprived of wide opportunities for advertising, that is why it is not included in the competition. In 2020, Public TV had successfully entered the advertising field.

According to the data of 2019, the main advertisement of TV companies went through the sale house, in all other cases, it was done in cooperation with advertising agencies and direct advertisers.

However, the situation changed dramatically in January-July 2020, advertising contracts were signed directly with advertisers. According to the research, this is due to the activities of the sales house in this period, as a second sales house entered the market to provide a competitive field.

Introducing the subtleties of measurement and sales, the Commission considers that clear public standards should be set for the pricing and discount policy of ads sold by sales houses.

Internet advertising and its distribution by types 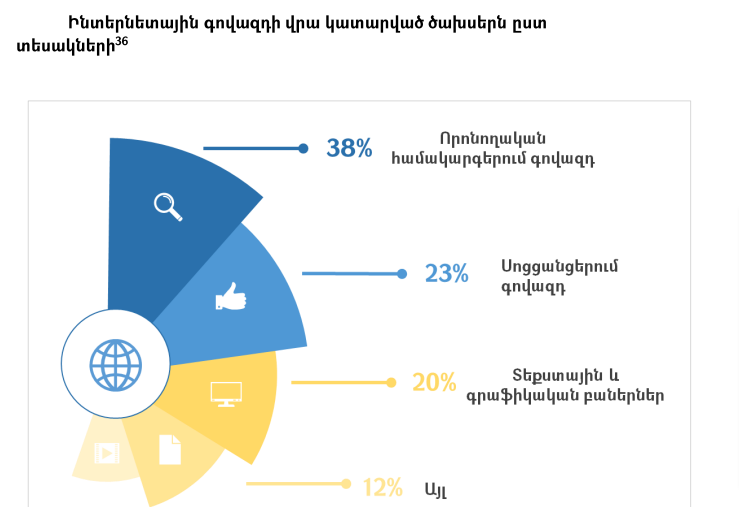 Surveys of 30 major advertisers found that they spent an average of 66 percent of their ads on websites run by a resident Armenian business.

In 2019, compared to 2018, there was visible progress. News.am, 1in.am, Tert.am, Aravot daily attracted the most money from online media. 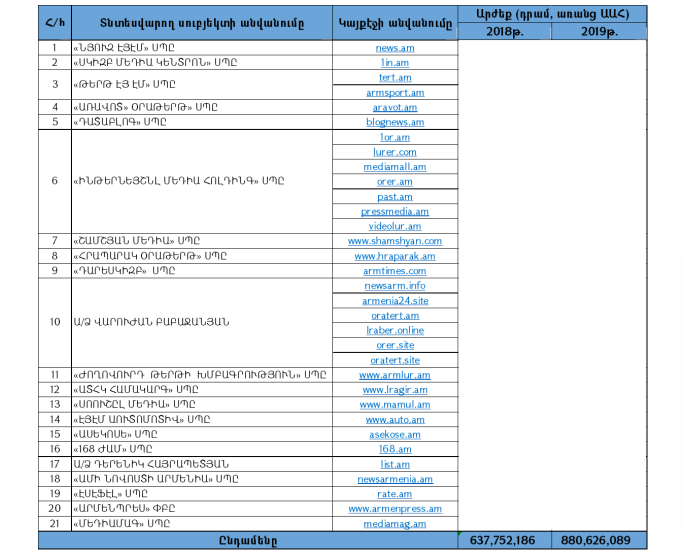 Advertising on online platforms accounted for 45% of gambling and online game advertising. There is no common price and discount policy in this field, which can promote discriminatory approaches. And since this field is out of regulatory control, an unequal competitive environment is often formed.

The Commission considers that the issue of control should be regulated by law and the study of international experience is important here. For example, in European countries, special bodies have been set up to monitor all types of advertising, including Internet advertising, and to comply with legal requirements for advertising.

There are no sales houses in this branch, the sale is done either directly with an advertiser or through agencies. There is no public pricing policy here either, the problem becomes more complicated because there is no sizing of the audience of radio in Armenia. Consequently, companies avoid radio advertising because they do not know the size or type of audiences they are dealing with.

As a result of the study, the commission has made numerous protocols, the most important of which are probably the proposed amendments to the Law on Advertising.