What Is Mobile Journalism? + Useful Tools 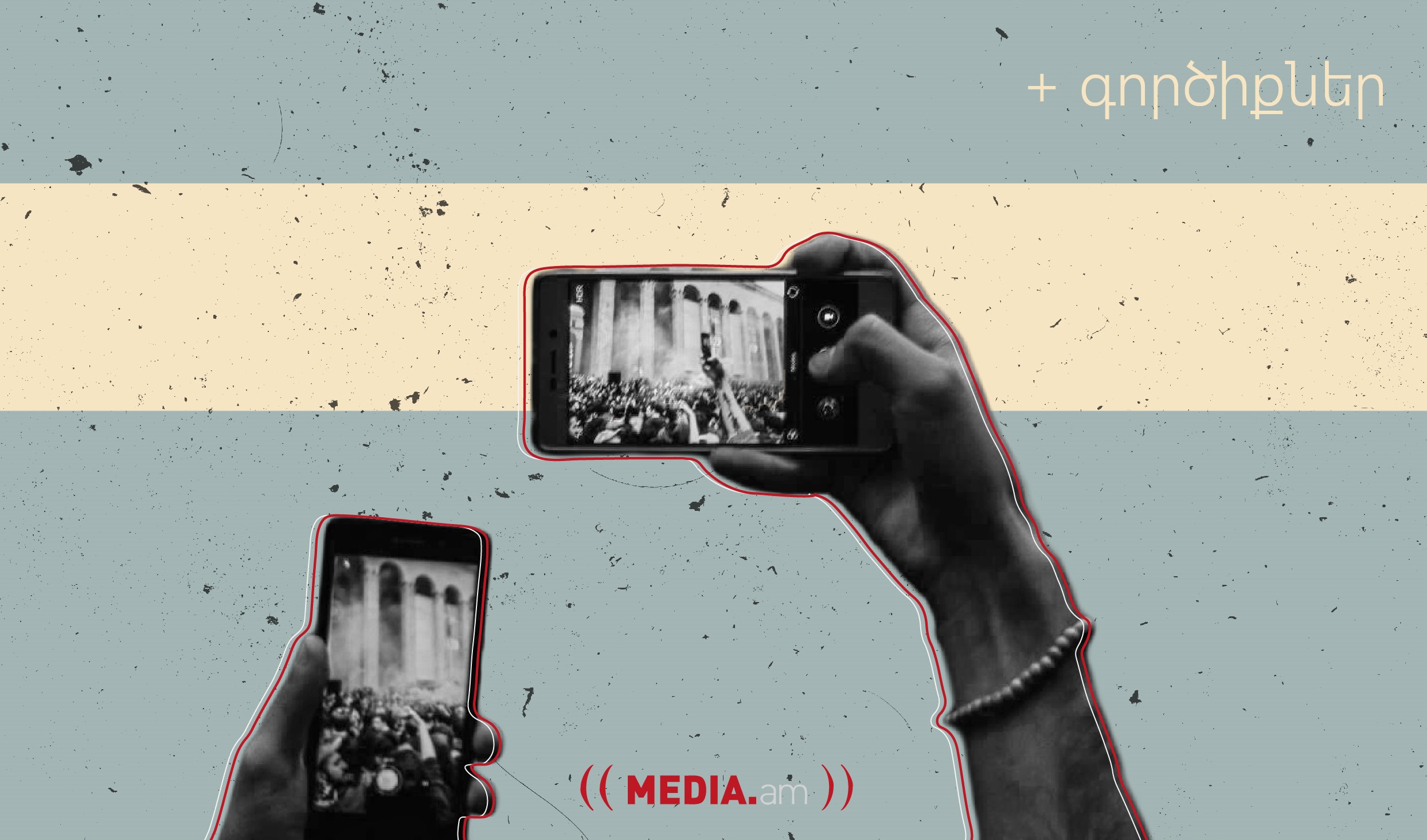 Mobile journalism is one of the most up-to-date genres of new media. The previously unprofessional materials shot with a smartphone are not considered to be an alternative solution, but today are an accepted practice. As a result of technological advancement, many may not be able to tell the difference between what is filmed on a telephone and what is captured on a professional camera.

In early December, the Media Initiatives Center organized a mobile journalism course conducted by multimedia video producer, editor, journalist Harutyun Mansuryan. We talked to him about the peculiarities of mobile journalism, its pros and cons and its application in Armenia.

At the end of the article, get acquainted with some “must-have” mobile applications that will help you create and develop multimedia products. 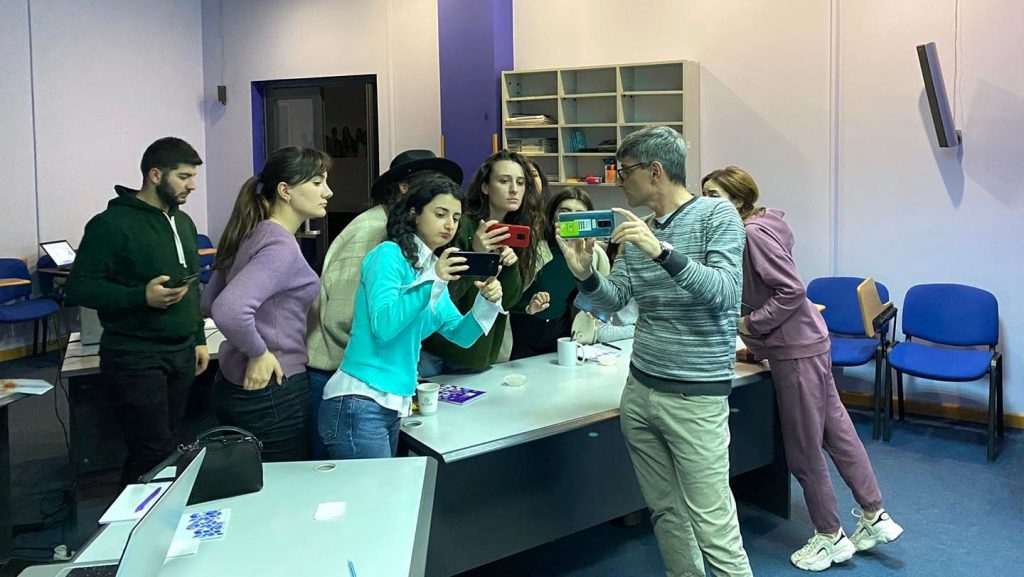 What is the definition of mobile journalism, if such a thing exists?

For me, it is first of all flexible journalism, where it makes no difference. The priority is the person, the journalist, the topic, of course, also the tools. According to the classical definition, the material received from mobile journalism must be captured with a smartphone, tablet or other devices, and it also assumes that it can be edited, placed on social or other platforms, all with the help of a mobile device.

In my opinion, the material does not have to be completely pictured or edited with a mobile device: Mixed state is also mobile journalism.

Why has mobile journalism become so popular in recent years?

The phone replaces the operator and a number of tools. It’s like a swiss knife. True, it’s not the best at anything, but our mobile phone is a machine that has the capabilities of handling that entire system of actions. It provides the journalist with everything they need to get material, and if the journalist knows what they want to get in the end, they will do it in a good and interesting way.

Mobile journalism makes the image of an inconspicuous citizen journalist and, of course, the speed, relevant. While working for RFE/RL, I noticed years ago that in countries where the work of journalists was becoming more difficult, the mobile phone helped them to remain unnoticed and to continue working. When you shoot with a camera, they ask you for a license and a thousand things, and everyone shoots with a phone, and it becomes difficult to identify you as a journalist.

What do people usually mean by mobile journalism?

When we distributed the announcement of the three-day mobile journalism course, most of the participants realized that mobile journalism is videos with subtitles spread on social platforms, which can theoretically and practically be created by phone, but that concept is wrong. The other part of participants only imagined materials created by phone and that “mobile” means mobile phone. This is closer to the truth than the first option, but for me, as I said, it is also not so. 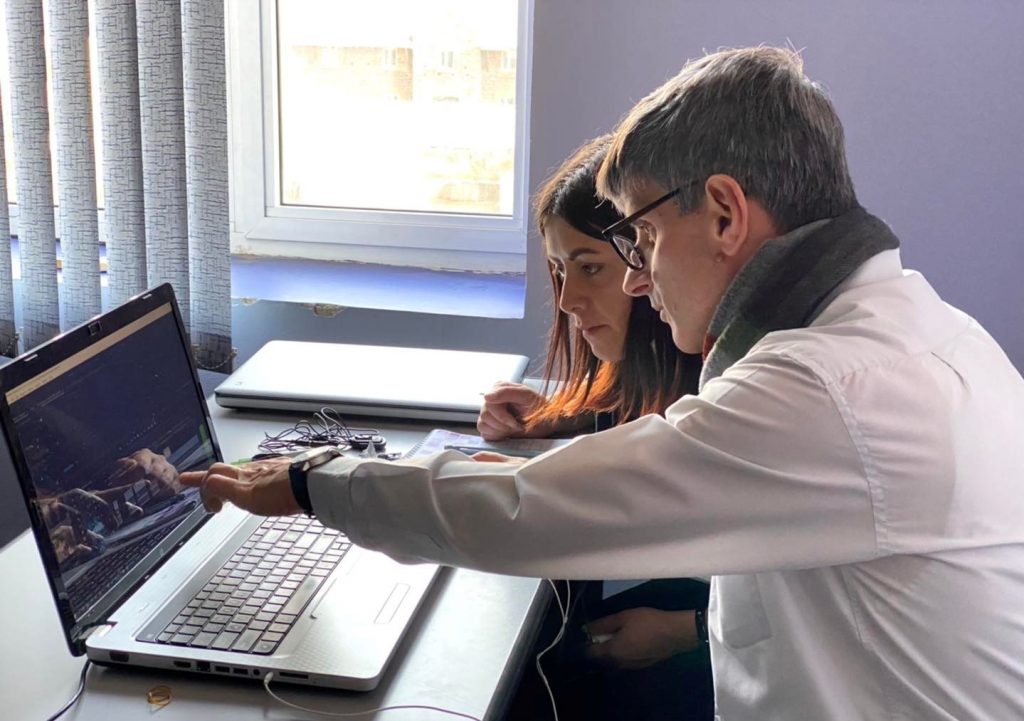 What are the disadvantages of mobile journalism?

The first negative aspect, specifically for me, is editing on the phone. Even when you are familiar with the technique, you know how to do it, but from the point of view of convenience, it is difficult for me. At the first opportunity, I switch to a computer or two to three large screens.

After all, whether you are shooting with a phone or another device, you need to carry a lot of devices with you to get quality products, from external batteries (they can be easily removed in the case of a camera) to light (the phone does not have enough light). The sound is also very important, the quality of which is the worst in the case of phones. It is rare to meet mobile journalists working with a microphone.

The use of mobile devices in several specific areas is also a challenge: I do not know whether mobile journalism will be able to reach the ability to fix distant objects as in the fields of sports and nature or not.

What is the state of mobile journalism in Armenia?

Some editorial offices once went through a stage of mobile journalism. Azatutyun was one of the first, but they soon accepted the need to work with operators.

So far, what I see is that the quality of the mobile phone is noticeably worse because the journalist is not ready to do several things at the same time: conduct an interview, capture the shot, sound, and so on. Here it is less developed, and in many editions, mobile journalism is used to understand the skills of the new employee as a pilot option. 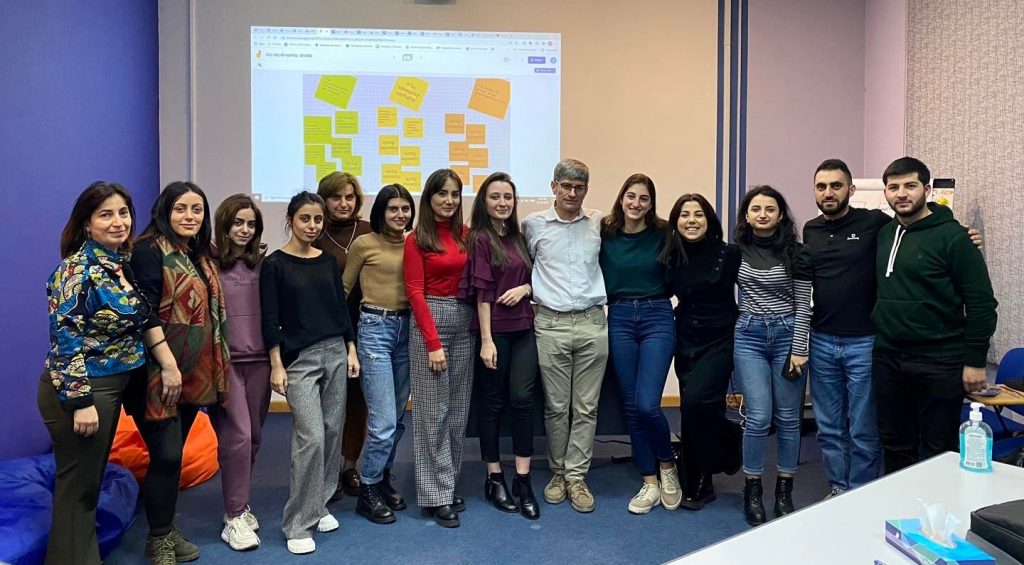 Finally, we present to you the promised utility tools that will help you create multimedia content while working on your mobile domain.

When we say mobile journalism, we first think of videos, which have many programs for shooting, editing and finalizing for publication. We have singled out VN Video editor and Videoleap very similar to it. Both are available on Android and iOS operating systems, as well as have computer versions. The software does not add a “watermark” (logo) and allows you to save videos up to 4K.

Unfortunately, the function of shooting RAW videos is not yet fully adapted to smartphones (and the existing ones are not free), except for the recent test version of the Motion Cam application available on Android. However, in the case of photography, the situation is more promising, and in the absence of a professional camera on the smartphone, can be supplemented with Lightroom (Android, iOS).

As for the sound, the best option is mainly the smartphone’s own recorder, which, despite its shortcomings, is difficult to find a replacement for. But we have found the Dolby On the app, which records high quality (lossless audio), works on the sound, giving it various effects, cleaning, noise reduction, cutting and making it presentable (Android, iOS).

Image search engines are fast and constant helpers of fact-checking. The simplest is Google Lens, which in addition to a good camera also provides reverse image search. In the case of iOS, all you have to do is download the Google application, where, by clicking on the camera icon, you will have access to the image search function. In the case of iPhones, there is another application called Reverse Image Search App.