Reminder: The Answer To The Request Must Be Provided Within 5 Days 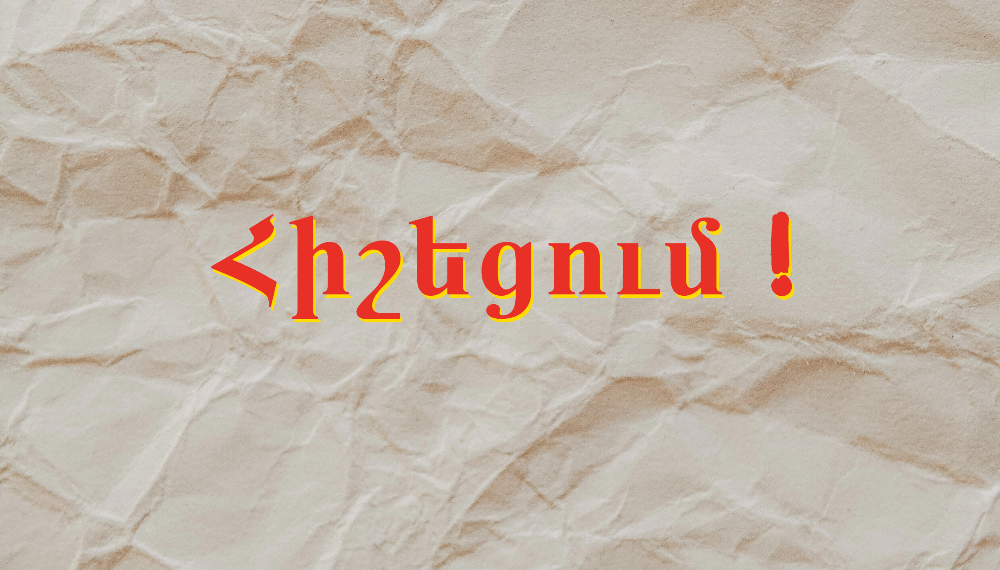 State agencies must provide the answers to written inquiries within 5 working days after receiving the request. This term is defined by the Law on Freedom of Information. But the deadline is not always observed. Journalists address this issue both on social networks and in articles.

The response to two queries for one piece was delayed

I had information that RA citizens living in the USA have not been able to get passports for months.

The problem of obtaining passports arose in the summer of 2021. The police clarified that the problem of passport delivery was due to the coronavirus. However, according to the power structure, the problem was solved.

On October 21, I sent a request to the RA Police to find out whether the issue of issuing passports to RA citizens living abroad had been resolved. After not receiving the answer in due time, on October 29, I sent a letter to the structure. I reminded them that more than 5 working days had passed. The same day I received an answer, “We will answer your question on Monday, due to technical issues,” but about 2 hours later the answer was sent. The term was broken for a period of 2 days. 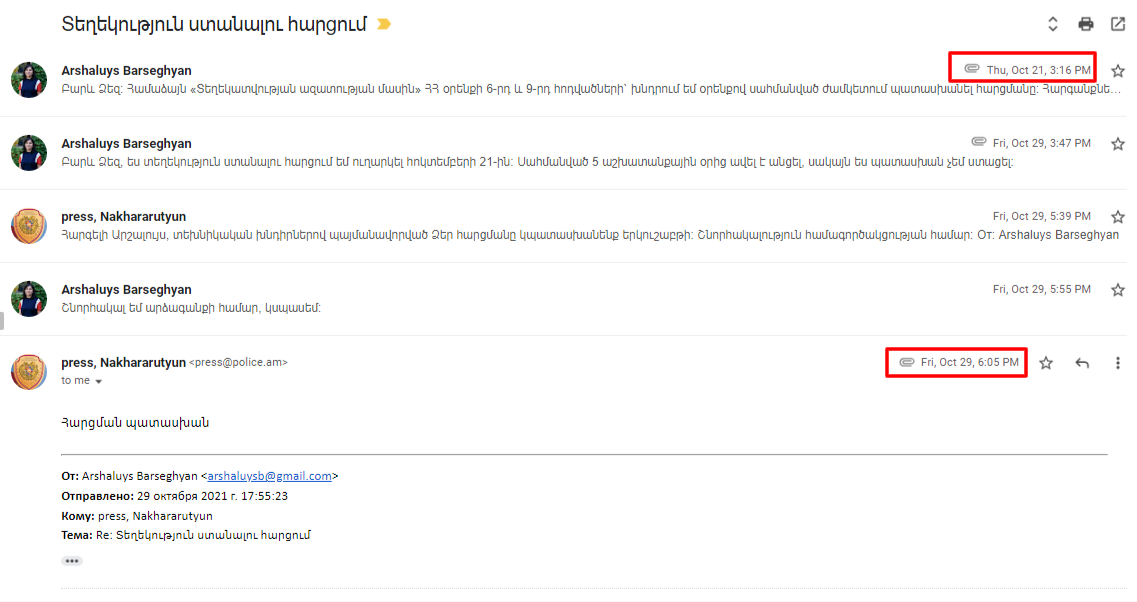 There was a need to get a comment for the same piece from the Ministry of Foreign Affairs. First I got in touch with the structure by phone. They suggested that I send a written request, mentioning the person’s details. I sent the inquiry on November 10. After not receiving an answer within the set period, on November 17 I reminded the structure in an email that I had not received an answer within 5 working days.

The next day I received a response from the structure.

This is a sample of queries sent per piece. Problems of the violation of deadlines have arisen in the case of other structures as well. For example, I sent the request to the Ministry of Emergency Situations at the e-mail address left for the Information and Public Relations Department on the website. A few days later I called to find out what stage the answer to the query was at. It turned out that the structure did not even start working on the answer to the letter and they offered to send the letter to the secretariat by email.

There are state structures that communicate better, but the problem exists.

Journalists are sounding the alarm

Journalists regularly raise the issue of violations of state structures in complying with the deadlines for providing answers to an inquiry or for issuing a refusal on incomprehensible grounds.

Ministry of Health: Recently, journalist Ani Avetisyan published an incident related to the Ministry of Health. She sent a request to this department: “They answer, ‘wait until the end of the year, we are collecting data.’ A week later, the minister announced the information we want.” 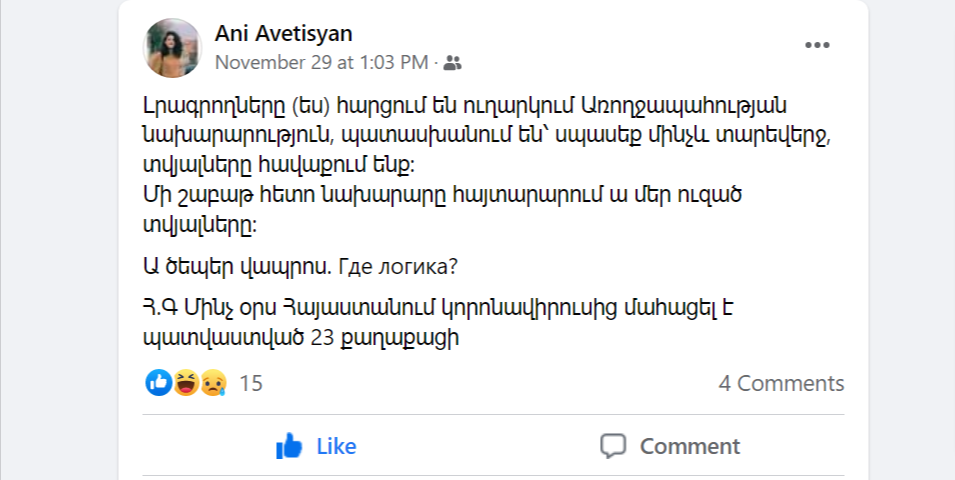 Ministry of defense: The Ministry of Defense is one of the departments that most often causes dissatisfaction. In November 2020, it was rumored that Defense Minister David Tonoyan was involved in arms sales via a third country to Turkey. The spokesman of the Ministry of Defense described it as an “impudent lie” and suggested that investigative journalists send a query and check the information.

Infocom journalist Narek Matirosyan sent a query, but in the response sent 8 days late, the Ministry of Defense stated that the documents were indirectly related to the supply of military-technical goods containing state secrets, so the provision of information was denied.

This structure not only does not keep deadlines but also considers the information about which it has published in the past to be a state or official secret. For example, the data of the killed servicemen. These were published during and after the war. Several other such examples are summarized by the Fact-Finding Platform.

Ministry of Economy: The agency did not provide the answer to the written inquiry sent by the media outlet in due time. In response to the journalist’s call, he was informed that the answer to the already delayed inquiry could not be provided until the deputy minister returned from a business trip.

Numerous such examples are summarized in the reports of the Committee to Protect Freedom of Expression. In the first 3 quarters of 2021, 67 cases of violation of the right to receive and disseminate information were registered.

In a telephone conversation with us, the chairman of the Committee to Protect Freedom of Speech Ashot Melikyan conditioned these growing indicators with the “very poor and disorganized work” of the structures.

“Yes, in the post-revolutionary period that work has worsened, new people have come, they do not know the law, they do not have enough skills. In some cases, there is also contempt for the media,” Melikyan said.

He gave the example that happened to their structure. They applied to the RA government to find out whether the changes adopted in the government decision are already in force. This refers to the non-publication of information on the purpose, expenses, topics discussed, decisions made by officials on the e-gov.am website.

“7 days later, already violating the deadline, they asked us for 30 days to answer that question. That is, the height issue, which did not require any additional work, required 30 days,” said Ashot Melikyan.

Another organization, the Freedom of Information Center, holds the Golden Key, Rusty Lock Award every year. In 2021, locks were given to the Ministry of Defense and the Municipality of Yerevan in the nomination “State structure consistently violating the right to information.”

Reminder: the response time is 5 days

Any citizen of the Republic of Armenia can send a written request without substantiating why the information is needed.

Article 9 of the Law on Freedom of Information clearly stipulates that the deadline for providing a response to a written inquiry is 5 days. And if additional work is needed to provide the information, the response must be sent within 30 days of receiving the application. In addition, the structure must inform the applicant about the additional period within 5 days after receiving the letter, stating the reasons for the delay and the deadline for providing the information.

Government agencies may refuse to respond in the event of a number of reasons (Article 8). For example, if the answer contains state secrets or non-disclosure information.

It turns out that the number of cases of violations registered by a journalistic organization is increasing. This may be due to the increase in the number of inquiries, as well as the inefficient work of the structures. Moreover, state structures not only delay the response but in some cases create unjustified additional deadlines, do not provide a complete response or do not provide one at all.