Competitions, webinars, masterclasses and state standard status․․․ This year’s Media Literacy Week, which took place on November 8-14, was broadened much more and had clear results.

Media Literacy Week was organized by the Media Initiatives Center in cooperation with the Ministry of Education, Science, Culture and Sports of the Republic of Armenia for the fourth year in a row.

“The media is everywhere, and having the necessary tools, we can be ready to face a number of challenges, otherwise we become vulnerable, as exemplified during both the war and the epidemic,” said the Deputy Minister of Sports Zhanna Andreasyan at a news conference at the start of the week. She emphasized that it is not only a means of communication and perception with the outside world. “Today it is impossible to organize an educational process without the use of digital tools.” 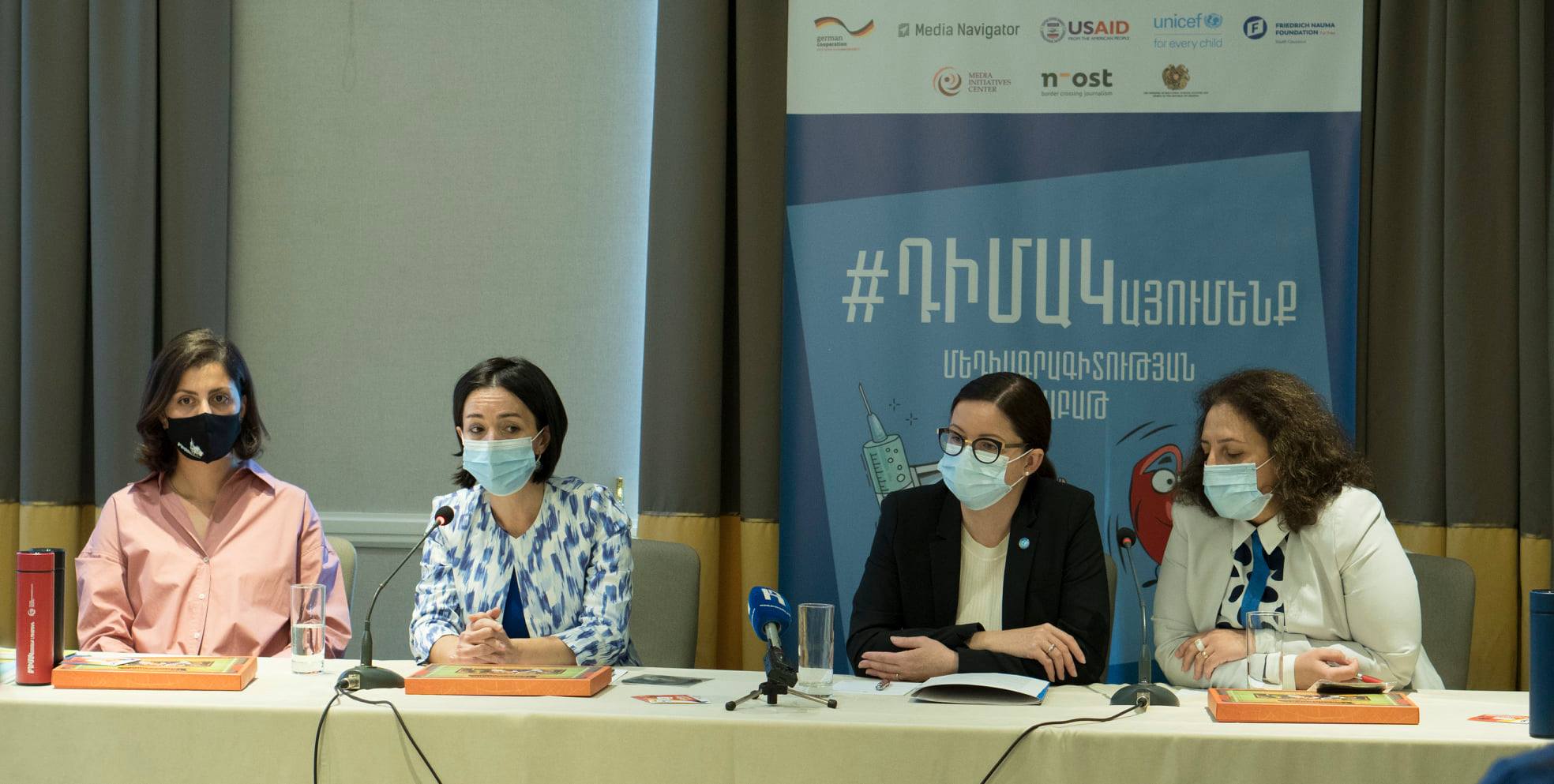 Lusine Grigoryan, a media literacy specialist and journalist at the Media Initiatives Center, singled out the inclusion of media and digital capabilities in the state standard of general education as one of the main achievements of this year.

“From now on, media literacy is a state requirement and in all subjects, from some point on, it must be integrated in some way,” she said.

Media literacy is not a separate subject, but a set of skills dissipated in all spheres of life. These skills develop in conjunction with human life, and it is more important to include them in various subjects of education: sociology, history, geography, literature, etc. So that children are prepared to live in a changing information environment after school.

According to Zhanna Andreasyan, the increase of the media literacy component is supposed to impart to the students of all educational institutions the knowledge and skills that will allow them to act as media literacy citizens in our times. 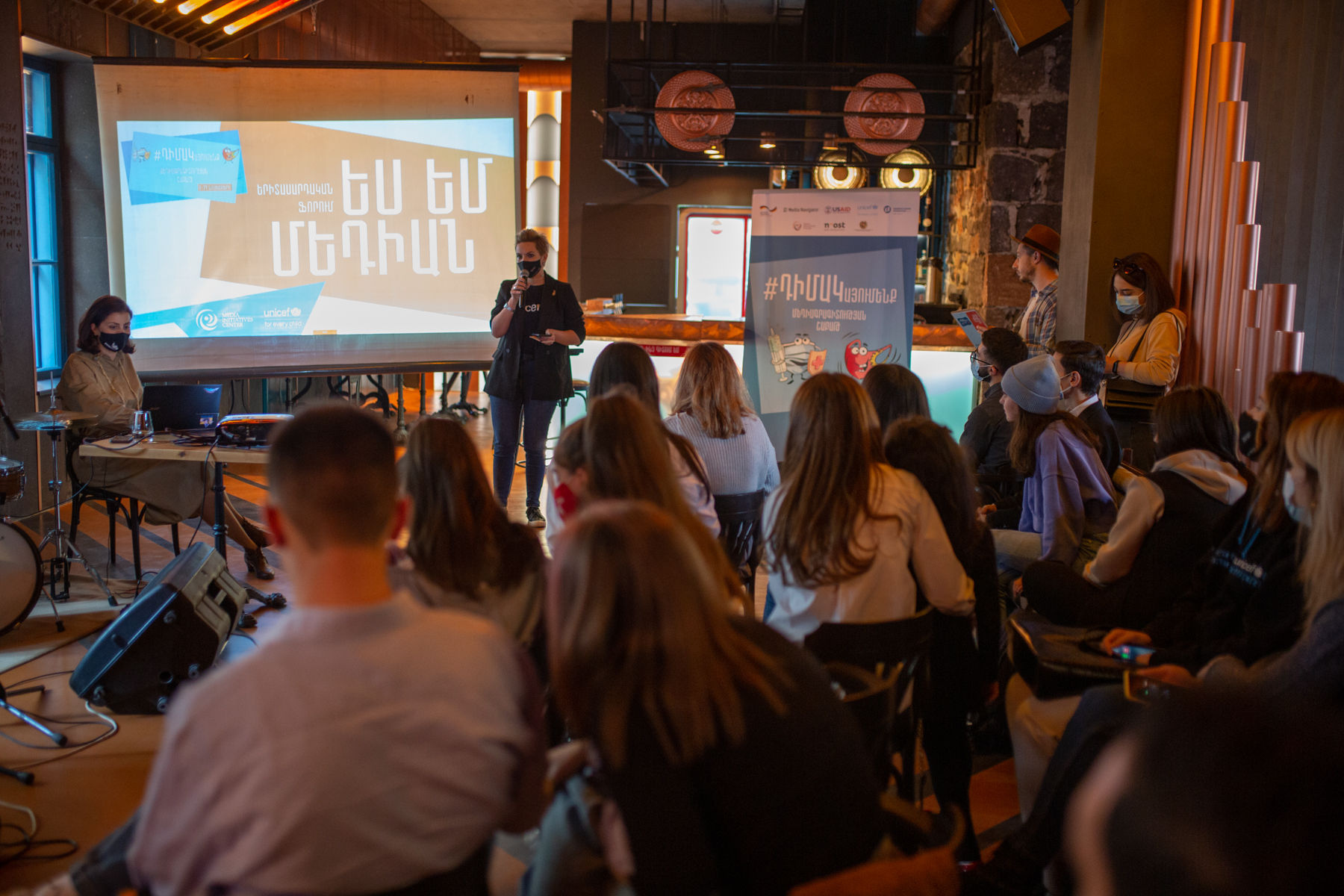 I Am the Media Youth Forum, UNICEF

During Media Literacy Week, the Media Initiatives Center concluded three competitions, one of which was for teachers. The three winning teachers (technology, math, biology) received half-year grants that would help them integrate media literacy based on subject specifics and add exercises, discussions, assignments, etc. to their curricula.

“We received about 45 applications for the integrated lesson plan competition, most of which were of quality work, even elaborate,” said Lusine Grigoryan.

Media Literacy Week is nationwide, all schools and universities receive letters from the ministry about the events. This year the circle was larger, as the organizers also involved kindergartens and libraries.

According to Lusine Grigoryan, this year there was more interest from the educational field, the hashtags were more active, there were many events and their formats were various.

One of the novelties was the booths in Yerevan Mall, where there were virtual games, the opportunity to work with a green screen, quizzes, the winners of which received souvenirs. There were also podcasting and video blogging masterclasses during the week.

“The purpose of the booths was to introduce media literacy to people other than our beneficiaries, schoolchildren and teachers,” said Grigoryan.

Although the coronavirus situation forced webinars to be organized online, it also provided an opportunity to invite foreign speakers, allowing schoolchildren from the regions to participate as well. The “Adventures of Literatus” board game was also created, which was previously only available online. 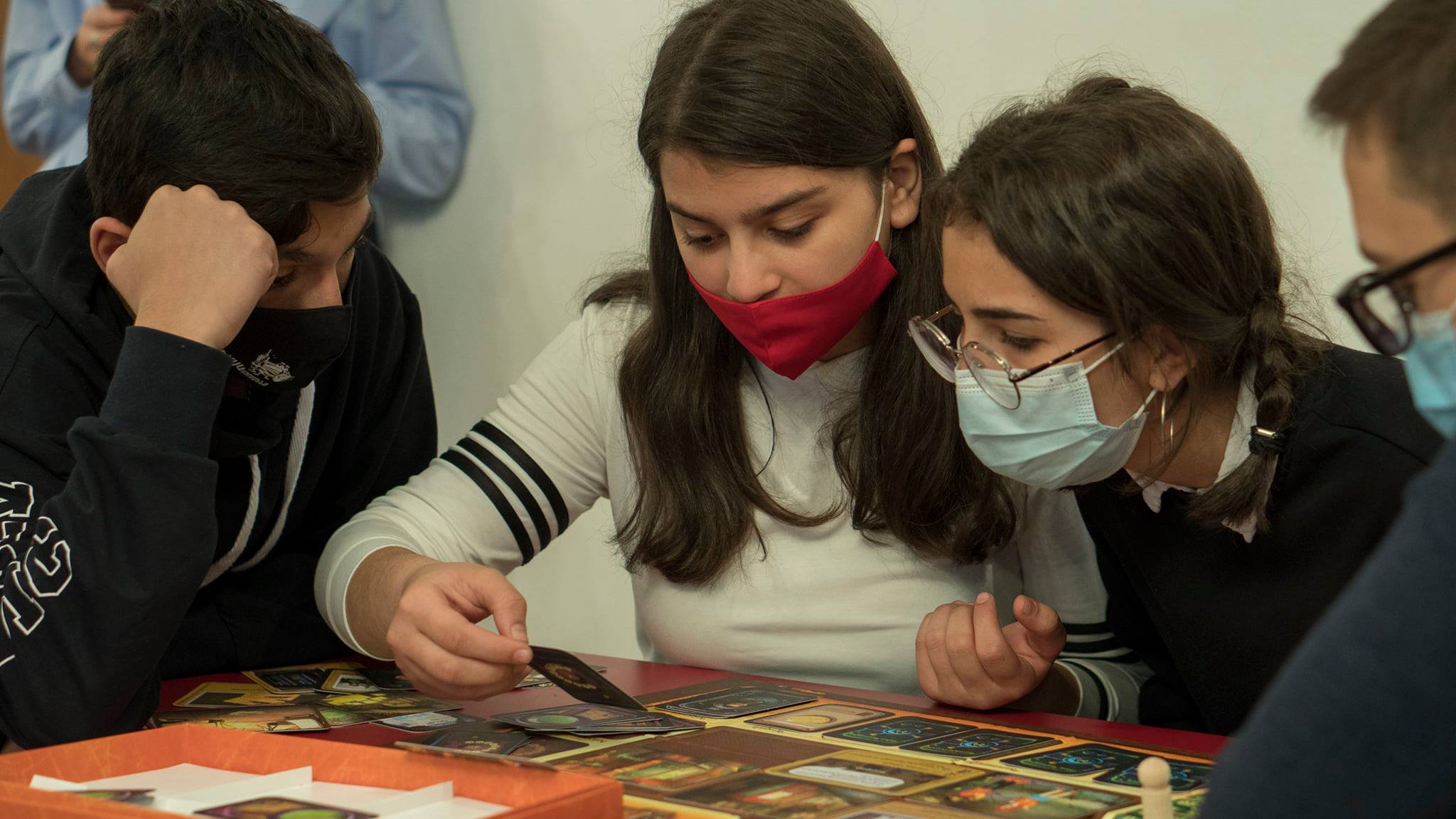 Schoolchildren experiment with the Adventures of Literatus board gameThis year the number of supporters of Media Literacy Week was large. In addition to the ministry, the initiative was joined by the German organization n-ost with the support of the German Ministry of Economic Development, UNICEF, the Friedrich Naumann Foundation.

The UNICEF-sponsored I Am Media Youth Forum, which concluded the week and awarded prizes, was based on my experience working with influencers. Here young people talked about their media and digital environment.