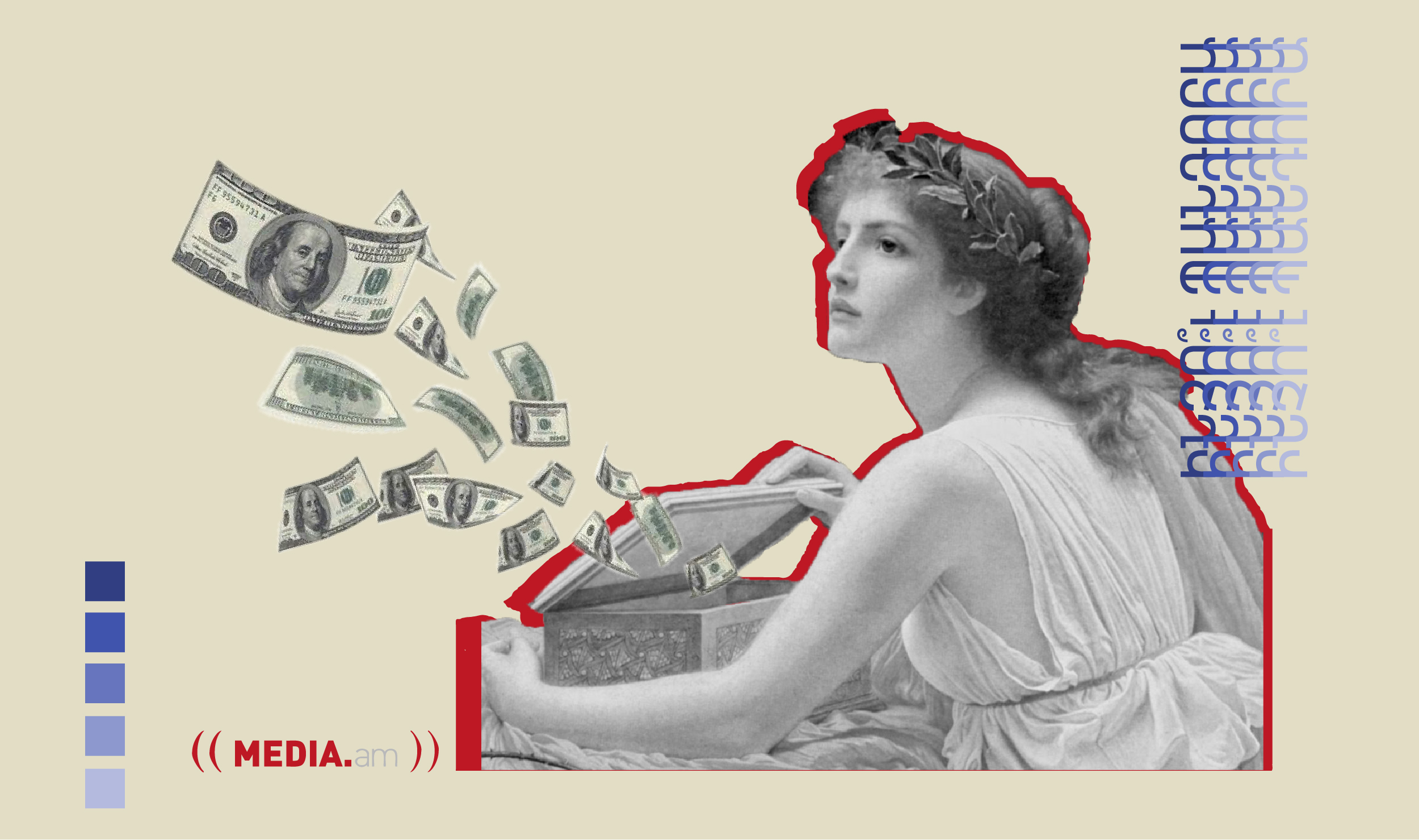 If Pandora is an expensive jewelry brand or music streaming service for you too, the most up-to-date and discussed topic today, Pandora Papers, may raise a few questions.

The Pandora Papers is a very large leaked information project containing the offshore secrets of rich people, public figures and officials, which employs more than 600 journalists from 117 countries. Before we get into the details of the largest investigation into the history of journalism, which the ICIJ called the Offshore Data Tsunami, let’s first understand why it is called the Pandora Papers.

We talked about the details with Hetq journalist Vahe Sarukhanyan, who participated in the investigation and made revelations about a former Armenian official.

Let’s start from the beginning ․․․

Pandora is the first female figure in Greek mythology. According to the legend, Pandora, out of curiosity, secretly opened the box entrusted to her husband’s control, spilling innumerable curses on humanity. In short, this frequently used plot symbolizes great and unexpected trouble or a gift that seems valuable but, in fact, contains evil.

Like many Greek mythological expressions, Pandora’s box has become a widely used term for many problems. That is why all the leaked papers have been called Pandora’s papers, “as the findings shed light on the previously hidden deals of the elite and the corrupt.”

Hetq, whose editor-in-chief Edik Baghdasaryan is also a member of the ICIJ (International Consortium of Investigative Journalists), is working with the leaked data under the auspices of the ICIJ.

Baghdasaryan and Vahe Sarukhanyan were almost certain that they would find someone from Armenia in the documents, as they already had the experience of the Panama documents, which was inferior to this one. As a result of the leak of documents in Panama, a high-ranking official Mihran Poghosyan was at the center of a big scandal.

The “Armenian Mines Wandering Offshore,” part of the Pandora Papers, which announced its existence on October 3, worked for about 4 months. It shares information about the mines illegally acquired by former official Vardan Ayvazyan and sold in the offshore zone.

“We found information about one person in those documents, worked on the material, but due to the war and political developments, we decided to change the hero by choosing Vardan Ayvazyan,” said Sarukhanyan, adding that they already imagine who they will write about when and in what way because Ayvazyan is not the only former official in those documents.

Factors of working with leaked documents

Dealing with such information dictates its rules to the journalist. The work is slow and thorough and requires strict secrecy (as with any investigation).

The most difficult thing for Vahe Sarukhanyan is to get comments from the officials in the documents.

“When the topic is about officials and oligarchs related to Offshore (past-present, it does not matter), they enter the medical arena and create a barrier between themselves and the journalist. It seems to them that every comment they make will hurt them. “Aliyev is doing the same, who does not care who writes what about him, because he is guided by and creates a propaganda narrative that those who do all this are the enemies of Azerbaijan.”

From the risks of working with leaked documents, Sarukhanyan singles out the possible undesirable obstacles that may arise, for example, in the form of mixing acquaintances with the case, seeking to negotiate in order not to publish it.

“We have not had any restrictions on our freedom to work with these documents and I do not think we will,” said the investigative journalist.

Hetq has been working on the Pandora Papers for a year, in secret, sending inquiries without mentioning the project. In other words, the respondent knew that the ICIJ had found a document about him and was writing about it, but did not know that it was part of millions of documents.

The team of more than 600 journalists had already decided in the spring that all this would be published on October 3 at 12:30 Washington time (20:30 Yerevan time). The choice of the day was conditioned by the holding of different elections in a number of countries, so as not to interfere with each other in any way.

Is the leaked data reliable?

If you have questions about the legality of leaked documents, know that most of them are scanned papers with notarized stamps, notary personal data, etc.

“It is important which organization passes those documents. The ICIJ is a very serious investigative network that works closely with the Washington Post, the BBC, the Guardian and a number of other reputable periodicals that have overwhelming fact-finding resources and networks,” Sarukhanyan said.

So know that by not trusting these leaked credentials, you are also questioning all those news agencies.

For those who love numbers, Pandora Papers contains 2.9 terabytes of leaked data, which contains 11.9 million files. Of these, 6.4 million are scanned documents, about 3 million are photos, 1.2 million are mail, and there are thousands of videos and recordings.