Positive Trends In The Culture Of Campaign Coverage: Monitoring 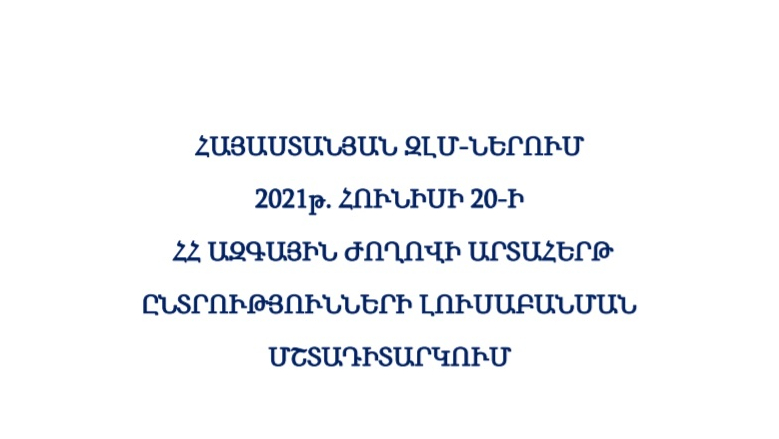 The media covered the pre-election campaign actively and as balanced as possible, this is the conclusion of the monitoring team of the Yerevan Press Club (YPC).

The main issues of the news program broadcast in the evening prime time (18:00 – 00:00), news-analytical programs and social-political/debate programs were examined on these channels.

Summing up the results of the monitoring, YPC President Boris Navasardyan noted that a number of positive tendencies were observed during the coverage of this early election campaign.

Specifically, the researched media tried to convey the main idea when covering the pre-election events and broadcasting the expressions of the politicians, and the rude insults, swearing and hate speech did not reach the air.

YPC President Boris Navasardyan also considers the formation and establishment of a culture of pre-election debates as being positive. In general, they took place in a significantly more constructive atmosphere and with a much greater willingness to follow certain principles of political culture than other public events organized within the framework of the pre-election campaign.

The monitoring also noted that the media had made an unprecedented number of negative references to the “Civil Contract” party, and no other political force had ever received such negative coverage.

The “Armenia” Alliance, “I have honor” bloc and the Armenian National Congress also did not receive neutral coverage, which gives experts grounds to state that the pre-election struggle was mainly between the past and the present.

The Public Television of Armenia, which is the most active of all the surveyed media outlets in covering the 2021 elections, has thus operated in a relatively new status. In the 2012  parliamentary and 2013 presidential elections, Public TV showed unprecedented passivity.

“Yerkir Media” also stood out with its activity in covering the pre-election campaign, as it did during the previous elections.

In previous years, “Kentron” TV competed with “Yerkir Media” in terms of the intensity of coverage, but this time it paid incomparably less attention to the campaign.

The fourth most frequently referred to election topic was the Public Radio of Armenia, followed by Shant, Armenia and A-TV, respectively. These four broadcasters covered the post-election situation mainly through news programs.

Boris Navasardyan says that the most balanced coverage of the elections out of all seven media was provided by “Shant” TV.