Memorandum For The Media Ahead Of The Elections 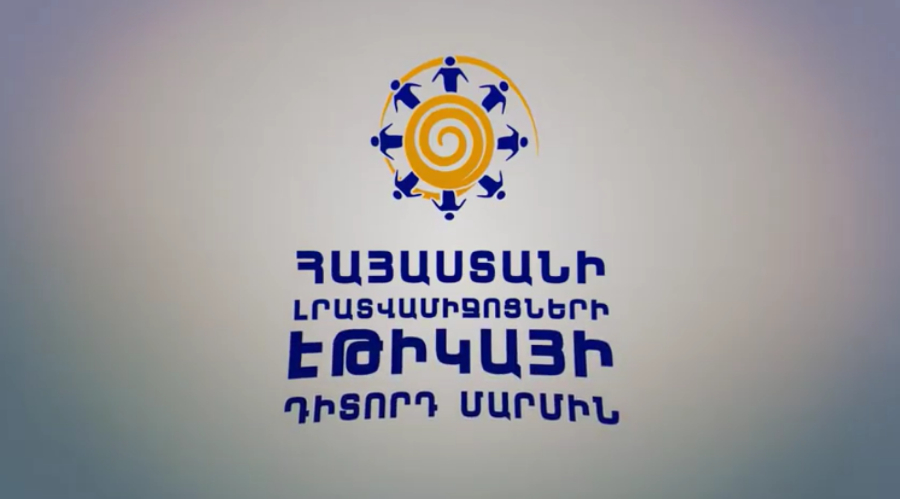 Taking into account the negative phenomena registered during the monitoring of the coverage of elections and referendums in recent years, a number of state and regional media outlets have recently signed a memorandum of coverage of the June 20 parliamentary elections.

The purpose of the document is for the media to observe the principles of ethics, to act in accordance with the regulations provided by the Electoral Code for the pre-election campaign period, to try not to turn information about parties, blocs and candidates into hidden political advertisements, etc.

The memorandum was adopted at the May 15, 2021 meeting of the heads of about 30 media outlets and representatives of journalistic organizations that joined the self-regulation initiative.

Boris Navasardyan, President of the Yerevan Press Club (YPC), expects that the media will unite around this document and that it will have some impact on the upcoming processes. The document is open for signature for all media. Ahead of the start of the campaign, the number of organizations that signed the memorandum will be summarized and presented. Navasardyan is convinced that even if the media do not officially sign it, they should take into account the mentioned rules.

“Since 1996, we have traditionally offered the media to sign a memorandum, by which they undertake to follow certain rules when covering the elections. The rules are not very strict and come from the RA legislation and international standards.

A similar document was adopted in the last elections, but the fact is that now the general atmosphere is much more tense, the mood of the conflict prevails in the media, and in any case, we should try to call on our partners to be more decent and professional than the political forces,” said the head of YPC.

According to the points mentioned in the memorandum, the journalists are obliged to be tolerant towards all parties and blocs, not to insult the candidates, not to mock the views and opinions of the election participants, to treat all the guests equally and impartially during the interviews.

“Aravot” daily journalist Melanya Barseghyan was present at the meeting and voted for the adoption of the Memorandum, having previously participated in the discussion of the provisions contained in the document.

“It is fundamentally important for our media to join any media self-regulation initiative because we understand very well its importance: if the media themselves do not regulate the sector, there will come a painful moment when the state will deal with us, banning and restricting everything possible. That is why Aravot was one of the first editorial offices in Armenia to adopt its own code of ethics and join the Code of Ethics for Armenian Media and Journalists.

This does not mean that ethical norms are never violated in our media, but we have red lines that we try not to cross. Of course, it would be naive to claim that the coverage of snap elections, at least in the media that has joined this Memorandum, will be in accordance with the highest ethical standards, but we must also admit that when you undertake something, there is always more restraint, a higher level of compliance with certain norms is expected,” said Melanya Barseghyan.

She said that during the discussion of the content of the memorandum there were heated debates, but as a result the participants were able to make the necessary changes in line with the times.

“If this initiative prevents even a few cases of violation of ethics, I think it can be considered an achievement in the field of media self-regulation,” the “Aravot” journalist hopes.

Hetq producer Kristine Barseghyan also took part in the discussion of the memorandum but is convinced that each media outlet should have its own internal self-regulation document and respect its work.

“Hetq has its own code of ethics, as well as the code of conduct developed for our employees on social media. They are almost the same as the content of the adopted memorandum, therefore we do not see the need to sign it. The media outlet can sign various memoranda, but if it does not comply with those rules, then that document can not bind anything. The charter and principles of our organization are attached to the contracts of our employees: They know that if they do not follow them, they can be fined or fired,” said Kristine Barseghyan.

She notes that not only journalists should follow the rules of ethics.

“Today we are witnessing that everyone is the target of the media, there is no culture of communication with journalists. The course of the upcoming elections is very unpredictable and it will be unprecedentedly difficult for journalists to cover it,” she said.

Boris Navasardyan also thinks that the upcoming election campaign will be hot and in that difficult situation the observance of the principles mentioned in the memorandum will help to form a civilized information environment in Armenia.

According to the memorandum, in case of complaints, the Media Ethics Monitoring Body is authorized to examine the compliance of the media and the behavior of the journalists representing them with the rules and to present their conclusion.