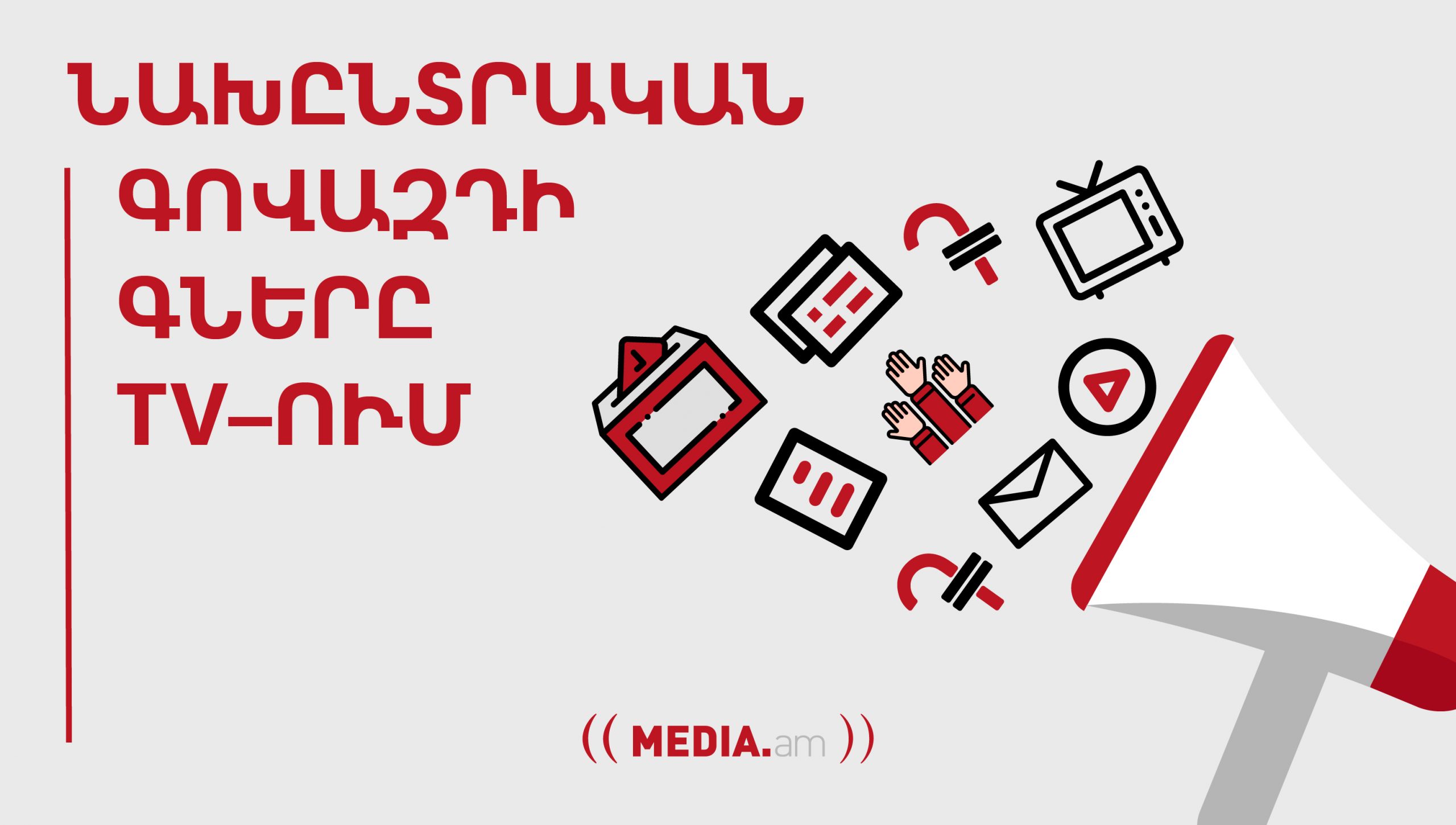 Extraordinary parliamentary elections will be held on June 20, 2021, in which 24 parties and 3 blocs will participate. The price list of paid airtime for the pre-election campaign has already been published.

The value of one minute in different channels varies according to the propagation of channels and the amount of influence they have. But in the case of Public Television, it will be intentionally cheaper. If the two major channels broadcasting in the republic, “Armenia” and “Shant” are set at a rate of 100 thousand AMD per minute, then one minute on Public TV will cost 45 thousand AMD.

The public broadcaster, including Public Radio, set a low price for the election campaign “to create an equal and competitive environment.”

The executive director of Public Television explained it like this. “This price is incomparably lower than the commercial advertising tariffs of the First Channel. The cost of one minute is significantly different from other proposals in the field so that the candidates have a more accessible opportunity to present their election program to a wide audience of Public Television.”

One minute of public radio will cost 1,800 AMD.

Extraordinary elections are held as if nothing extraordinary happened, life goes on and a normal political struggle takes place. Time on the air is becoming not so much a part of politics as a means of struggle. Especially when many channels already have political likes and dislikes, as well as owners with political interests.

In this situation, the rules of the game in the campaign can change very quickly, especially since the page of war is not completely closed and the public instinct of self-defense is blurred.