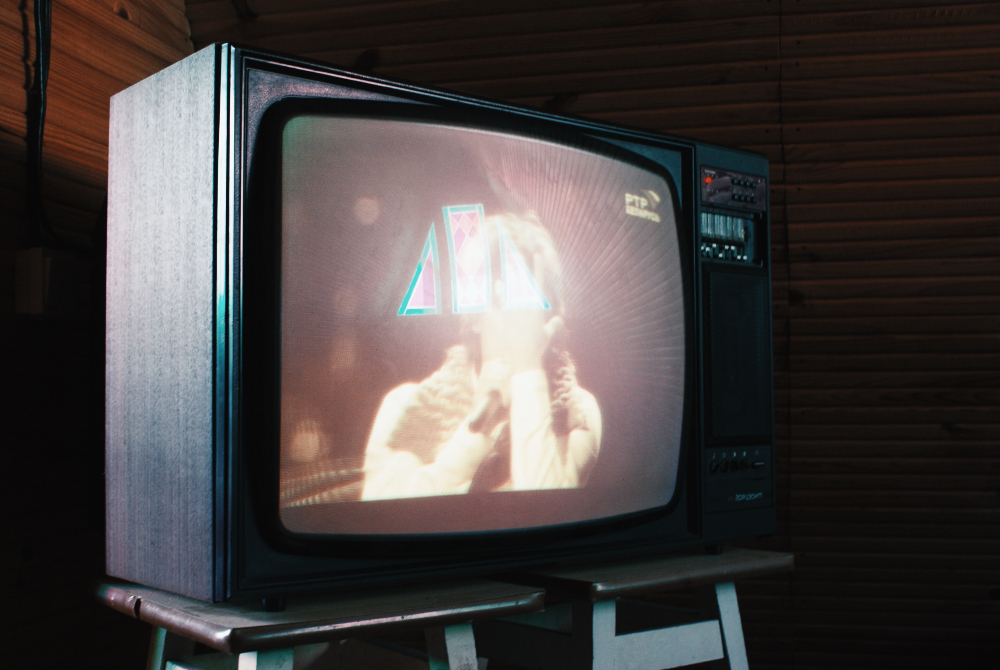 The Commission on Television and Radio presented its annual report. As CTR President Tigran Hakobyan said, it is more of a public discussion document, which will help to see the problems of the media field.

Examining the state of press freedom, the CTR concluded that the authorities remained largely committed to their responsibilities and the democratic principle they proclaimed, namely, ensuring true freedom of the press and the obligation not to interfere in the activities of the media.

The purchase and sale of broadcasting companies also continued freely, which, according to Tigran Hakobyan, was not possible before, as the sphere was under very strict control of the authorities.

But he does not consider the general positive opinion enough to claim that an independent, free, diverse and pluralistic media field is another irreversible achievement.

In 2020, the CTR did not receive any significant complaints of interference in the broadcast media’s editorial and personnel policies, restrictions on the right to express opinions or obstruction of the media.

The complaints were mainly about the compulsion to wear a mask on the air when journalists and presenters considered wearing a mask in the pavilions an unfounded demand.

Last year, the commandant’s decisions, especially in the media, were often vague or illogical. They did not take into account the peculiarities of journalistic work and were edited several times as a result of pressure from journalistic organizations.

According to the CTR, it created a conflict situation, as the police followed the fulfillment of the state’s demands, imposing penalties on the audiovisual media without understanding the problems of the sphere.

Last year, TV stations broadcasting 60,304 minutes of their airtime (radio stations, 86,100 minutes) aired free of charge on social media to show government-sponsored videos on how to resist the epidemic. In other words, the media was ready to cooperate with the state. And it played a big role in public awareness of the fight against the epidemic.

Emergencies caused by epidemics and war have hit democracy.

Another source of grievances was the discriminatory and disrespectful, sometimes contemptuous, threatening treatment of journalists and the media by officials and deputies.

And although it is an inadmissible behavior, the CTR concludes that such manifestations were not of a systemic nature.

“Freedom and independence of the media have been endangered more by the epidemic and the Karabakh war because the sharp decline in media revenues has made many dependent on various political forces and financial groups. Unfortunately, those dangers are not registered and are not presented,” said Tigran Hakobyan in the National Assembly.

The independence of broadcasters is often conditioned by the intervention of the authorities or the state. And if the state does not intervene, then everything is fine. CTR presents the factors that have had and still have a negative impact on the real freedom and independence of the Armenian media field. They are:

The report says that the content of several audio-visual programs broadcasting in the public multiplex was filled with hate speech, manipulative tricks, misinformation, insults.

The impartiality and independence of the broadcasters were even more limited to the editorial policy under the influence and intervention of some founders, shareholders, various political forces and individuals. 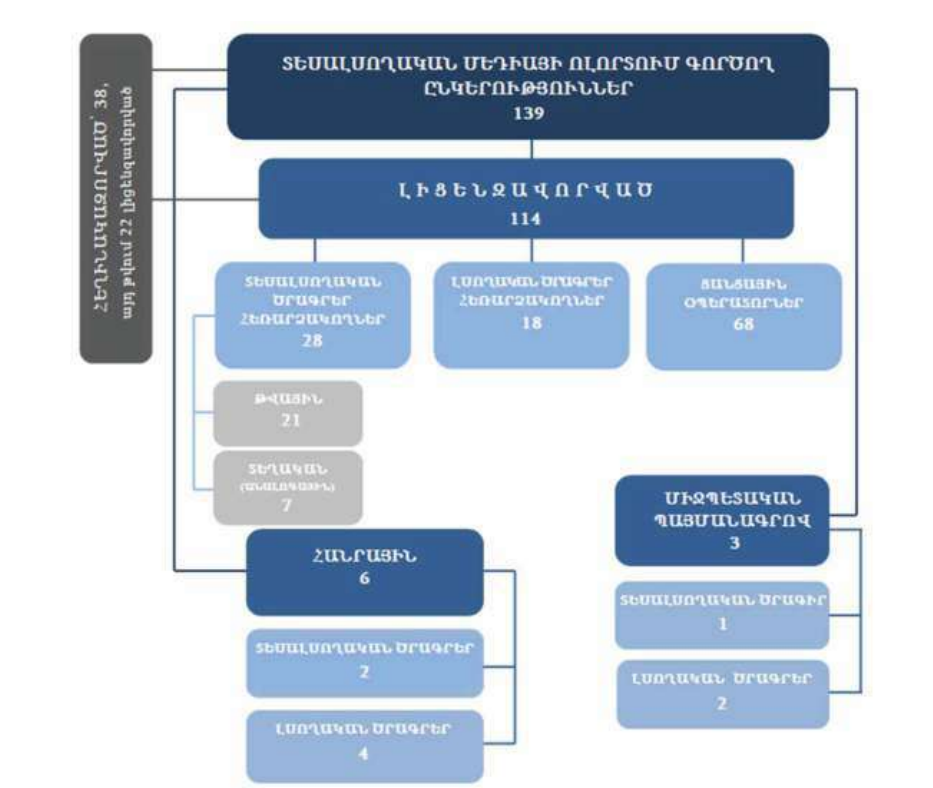 Companies operating in the field of audiovisual media in numbers

Last year, based on the information provided by the Commission and the results of monitoring, 17 administrative proceedings were initiated on the grounds of violating the requirements of the media sphere. As a result, 3 companies and 4 network operators were fined. A written warning was issued demanding the elimination of the violations, and the broadcasting licenses of 2 companies were temporarily (for 30 days) suspended. It is interesting that the court terminated the 6 administrative proceedings.

In 2020, one company received a warning for violating copyright and related rights, and one network operator was fined. Companies providing one audiovisual and one audio service were fined for inciting violence, vulgarity and swearing.

Violations of the provisions governing advertising regarding the betting or lottery organizer have also been reported. One company was fined and one company was warned.

3 network operators were fined for rebroadcasting non-owned programs without permission.

Tigran Hakobyan is sure that the media sphere needs mechanisms to regulate the content so that it is possible to reduce hate speech, manipulative tricks and misinformation.

“Unfortunately, we do not have any real norms of content restriction, and the mechanisms of media self-regulation, which are based on ethical behavior, unfortunately, do not work today.”

The law on media obliges that at least 20% of the programs be public. That is, to have a children’s, educational, cultural and sports orientation. And according to the CTR, in the last few months, all broadcasting companies have been fulfilling that requirement, albeit in an unequal ratio.