Incident In Yerablur: The Prime Minister’s Spokesperson Does Not Accept The Assessments Addressed To Her 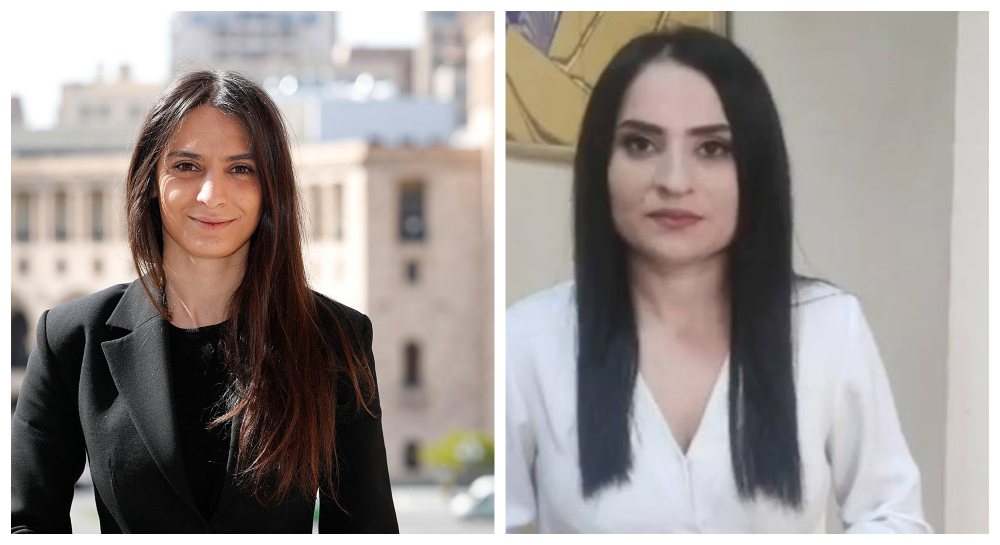 On May 9, during the visit of the Acting Prime Minister of the Republic of Armenia Nikol Pashinyan to Yerablur, an incident was registered between “ArmNews” TV and “Tert.am” news website correspondent Ani Gevorgyan and Pashinyan’s security guards.

When Ani Gevorgyan tried to approach Nikol Pashinyan and asked what conscience he had come to Yerablur, how did he feel being there, Pashinyan’s security guards did not allow her to move forward.

After the incident, the movement of Ani Gevorgyan and the news.am journalist in the Yerablur area was restricted by the police and people in civilian clothes, which can be seen in one of the videos that are being spread.

Ani Gevorgyan posted photos and a post on her Facebook page the same day, “In the past and now …” And I urge Mane Gevorgyan to firstly say hello to journalists and then talk to them for half an hour when on the scene, and never raise her hands. Those who use disproportionate force must also remember responsibility.”

Recalling the events that took place in Yerablur on the morning of May 9, Ani Gevorgyan said, “Before Pashinyan arrived in Yerablur, Mane Gevorgyan and I were in the same area for about half an hour, and during that time she had absolutely no contact with us, did not inform us about whether the Prime Minister would speak or not. When I turned the microphone to the Prime Minister to speak, both Mane Gevorgyan and the security officers intervened, and then new police forces were involved and not only my professional work was hindered, but also my freedom of movement, and I have never found myself in such a situation before.”

News.am journalist Arpine Baghdasaryan also covered the acting Prime Minister’s visit. She said that when Nikol Pashinyan approached to pay tribute to the graves, her colleague Ani Gevorgyan seized a convenient moment to ask him a question.

“Immediately after Ani’s question, Pashinyan turned to the security officer and said something to him, and the latter apparently instructed the others to remove Ani from the area. Mane Gevorgyan also blocked the path to Ani with the security officers and took her by the hand. After that, Ani was not allowed to ask any more questions.”

Arpine mentions that at that moment she wanted to film the attitude towards her colleague and show that they are not allowed to ask any questions to the Prime Minister and continue to cover the visit in general.

“It was clear that the problem was with Ani. I did not have a microphone with a logo and I was wearing a mask, maybe at first they did not even know which media outlet I was from, but since I was next to Ani, I was also surrounded by police.

“We kept saying that you are obstructing our work, but it was clear that they had only received the order, but they did not know the exact reason,” said the news.am journalist.

Mane Gevorgyan, commenting on the incident, said that they have never instructed the security officers and police to obstruct the work of journalists, and as for the dispute with Ani Gevorgyan, she thinks that the journalist’s attitude was manipulative.

“Being the spokesperson of the Prime Minister, I am obliged to communicate with any journalist, and in this situation, I have tried to do the same, despite the fact that, for example, Ani was shouting in a high pitched tone, not taking into account the place we were all in, showed disrespect. My request and exhortation was that first, she should not speak loudly and that this is not the most convenient place to ask such questions, and that she will have many other opportunities to ask the Prime Minister questions, but this is not the right place and time,” said Mane Gevorgyan.

Ani Gevorgyan thinks that there is a discriminatory attitude towards her, as after the incident other media outlets were allowed to walk around the Yerablur area with the Prime Minister, but not her.

Pashinyan’s spokesperson was surprised to hear that Ani Gevorgyan and the news․am journalist’s movement in the area was limited, as the representatives of the other media outlets worked freely.

24news journalist Sona Gevorgyan, who also covered the Prime Minister’s visit to Yerablur on May 9, told media.am that no one had hindered them in carrying out their professional duties. She mentions that at the time of the incident she was standing on the other side and did not hear what had happened, but after the incident, she and the cameraman of “RFL-RE Radio Liberty” station walked with Pashinyan until the end of the visit.

On May 10, Armenian media organizations issued a statement about the incident, which reads: “This is not the first case when the government spokesperson personally intervened and did not allow the journalist to approach the Prime Minister. This is unacceptable behavior, which contradicts the rules of civilized behavior of a state official, especially in the case of a person responsible for communication with the media.”

Mane Gevorgyan does not accept the criticism directed at her and considers the text of the statement one-sided. She is convinced that both of the cases that were mentioned in it, one in Yerablur and the other in Syunik, are interconnected.

Referring to the events, Mane Gevorgyan said, “This is definitely the same handwriting, the same vocabulary, to make manipulative statements, not to ask questions. If I want to talk to a journalist, asking, urging, I do not consider it an obstacle.”

Boris Navasardyan, President of the Yerevan Press Club, thinks that the incident gave rise to contradictory comments. The text of the statement was prepared as a result of studying the video of the incident and the reaction of various media outlets, and during that day there was no response from the Prime Minister’s press secretary.

The spokesperson responded to the accusations addressed to her only after the announcement was published by the media organizations, having telephone conversations with its authors. Even after listening to the other side, Boris Navasardyan is convinced that even if that particular moment was not convenient for the journalist to ask sharp questions, it is not the job of the spokesperson to intervene.

“The approach towards the Prime Minister should have been prevented by the security guards, and the role of the spokesperson was not appropriate at all, no matter what the intention was, I think this is a vague perception of responsibilities and functions by the officials, and it is a common problem.

To Media.am’s question as to whether or not the spokesperson should have warned the journalists in advance that Pashinyan will not be giving any comments during the visit and there is no need to ask questions, Boris Navasardyan said,

“Maybe such a statement could have been made, although I am not sure that it would definitely affect the journalists, but in any case, the rules of the game should be clear to them at any given time. After that, it would be possible to conclude how professionally the journalist worked and observed the rules of ethics, but since there was no such warning, the assessment of the journalist’s work is different.”

Boris Navasardyan hopes that the various discussions that take place after such incidents may have some impact on the future work of the press services, but there are fewer expectations that there will be any change in the behavior of journalists.

The final part of the statement of the media organizations is addressed not only to the officials but also to the journalists. “Taking into account the forthcoming snap parliamentary elections, we call on state officials, law enforcement agencies and all political forces participating in the election process to show restraint and tolerance towards the representatives of the media, and the latter to exercise their professional activities in compliance with the law and the norms of journalistic ethics.”