According To The Survey, 50% Of Armenians Do Not Trust Any Media At All 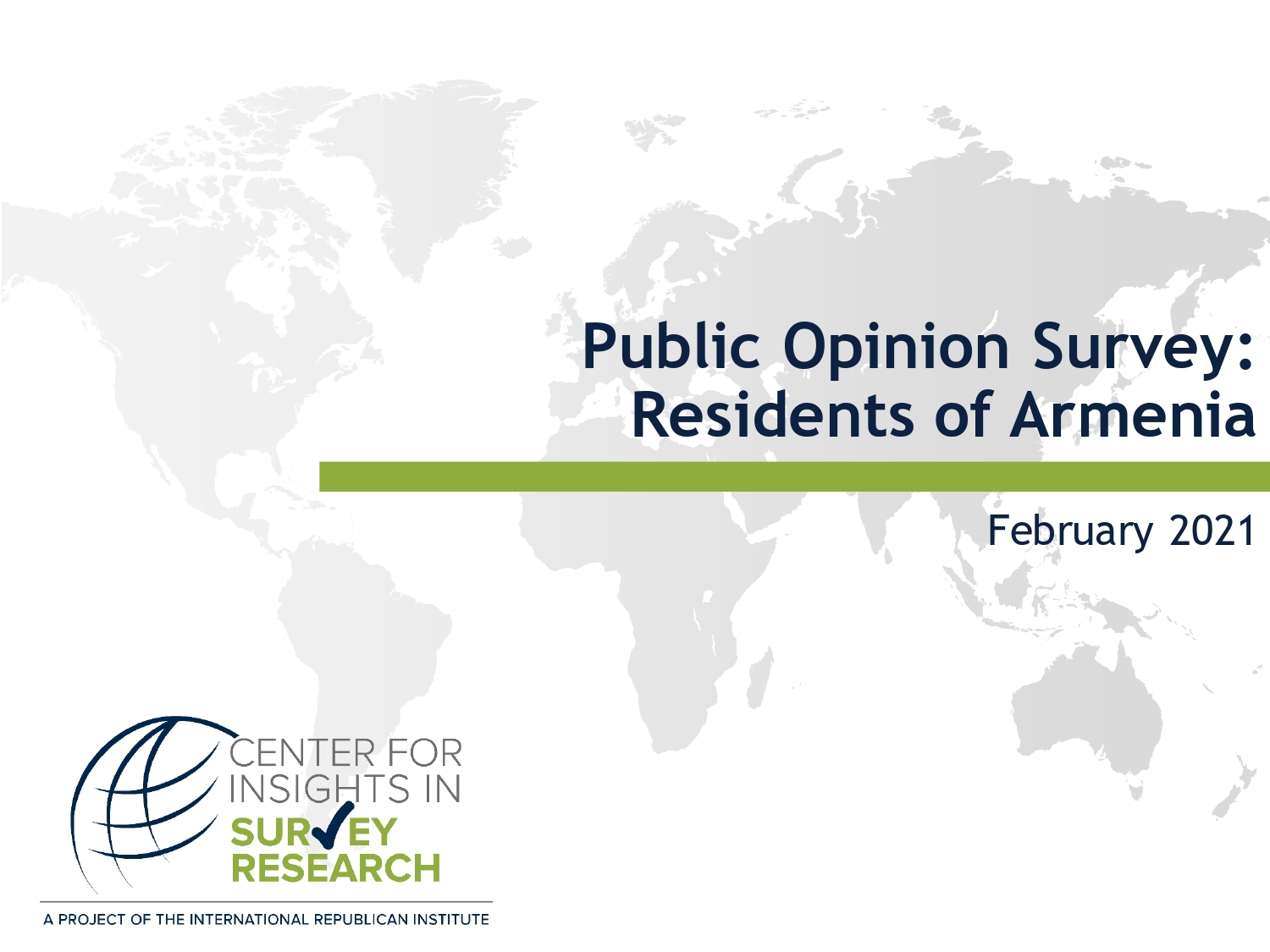 The International Republican Institute (IRI) has conducted a survey to find out what ratings different parties and institutions have in post-war Armenia, how high the demand for snap elections is and what priority issues Armenians see.

The main conclusion is that Armenians want to see socio-economic reforms and a stable political situation.

Almost half of the respondents, 45%, think that generally speaking, Armenia is currently moving in the wrong direction. 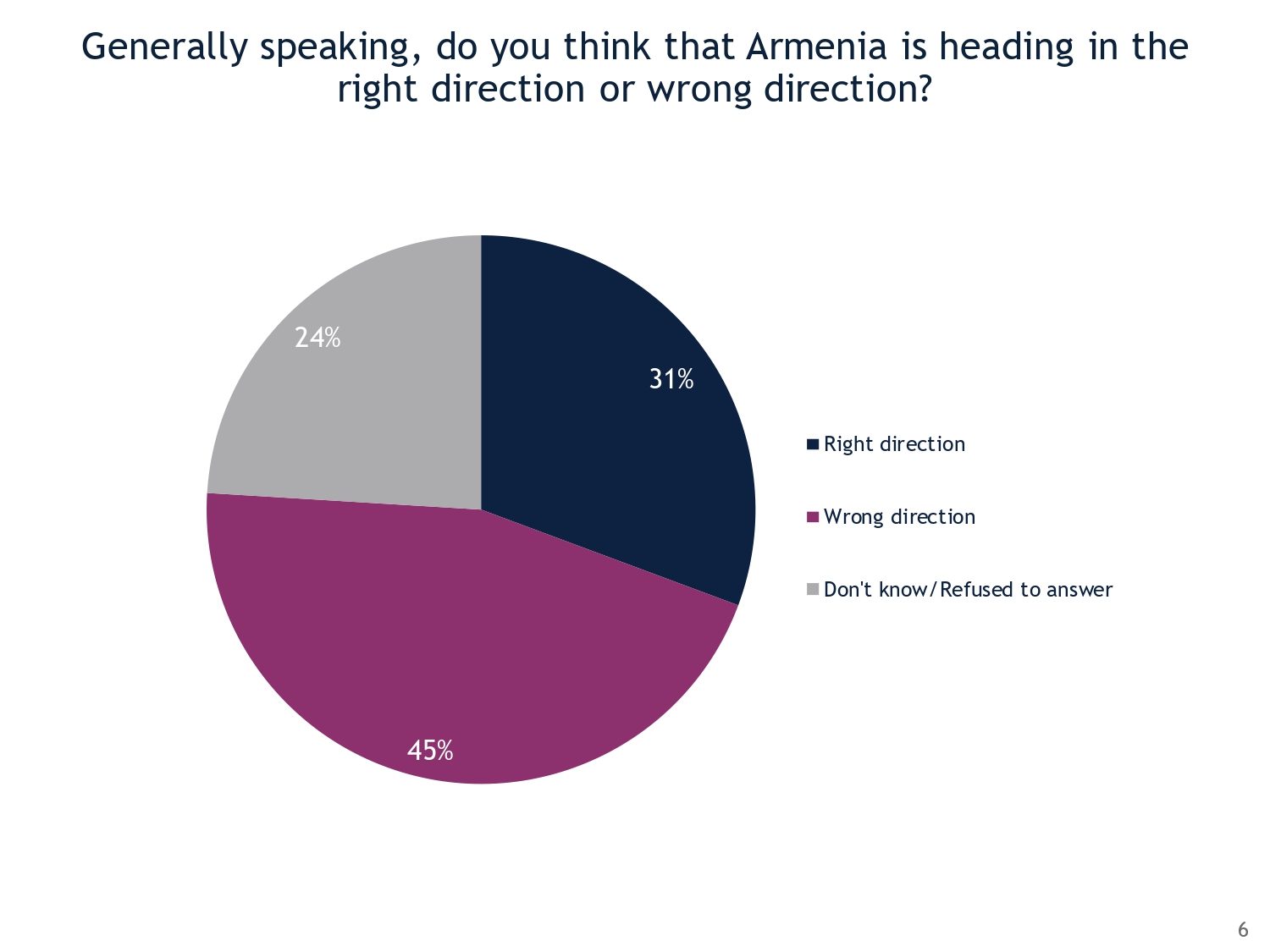 Such an indicator is really worrying. But at the same time, 41% said that they see the future of their families in Armenia in the next four years.

This graph reflecting the psychological assessment of the current situation shows how unstable public moods are, from good faith in the future to fear and widespread disappointment. 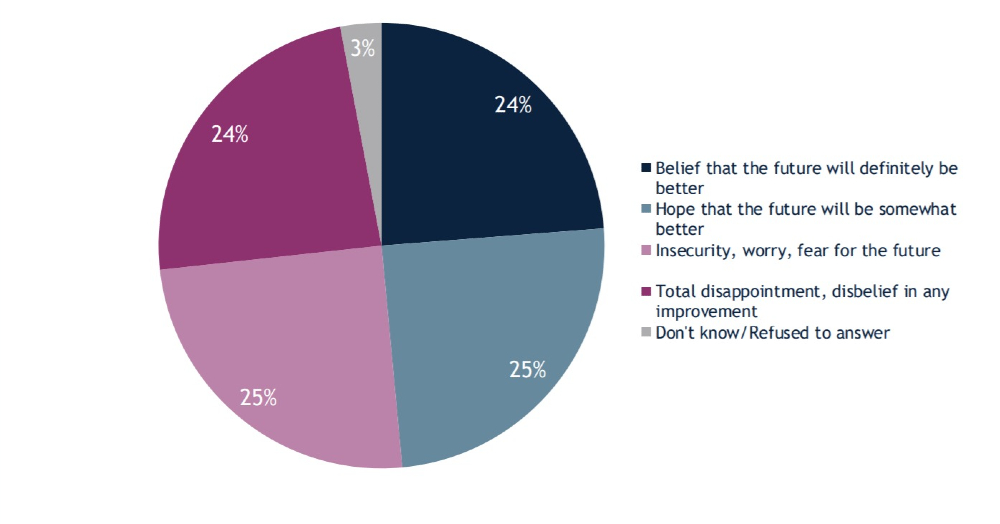 97% of respondents believe that the Armenian government should focus on internal issues (mainly economic and social) and ensure political stability.

92% of the citizens of Armenia think that the state structures should safely reintegrate the people of Artsakh in the territory of Artsakh, which is under the control of the Russian peacekeepers.

According to the survey, the army (50%) remains the most favorable structure in Armenia, although last year that number was 91%.

In general, there has been a sharp decline in the evaluation scale of the work of various structures. According to Armenians, the work of almost all institutes and bodies (government, church, police, courts, etc.) is not efficient enough.

Political parties are at the bottom of the favorable work scale (4%), last year that number was 41%. 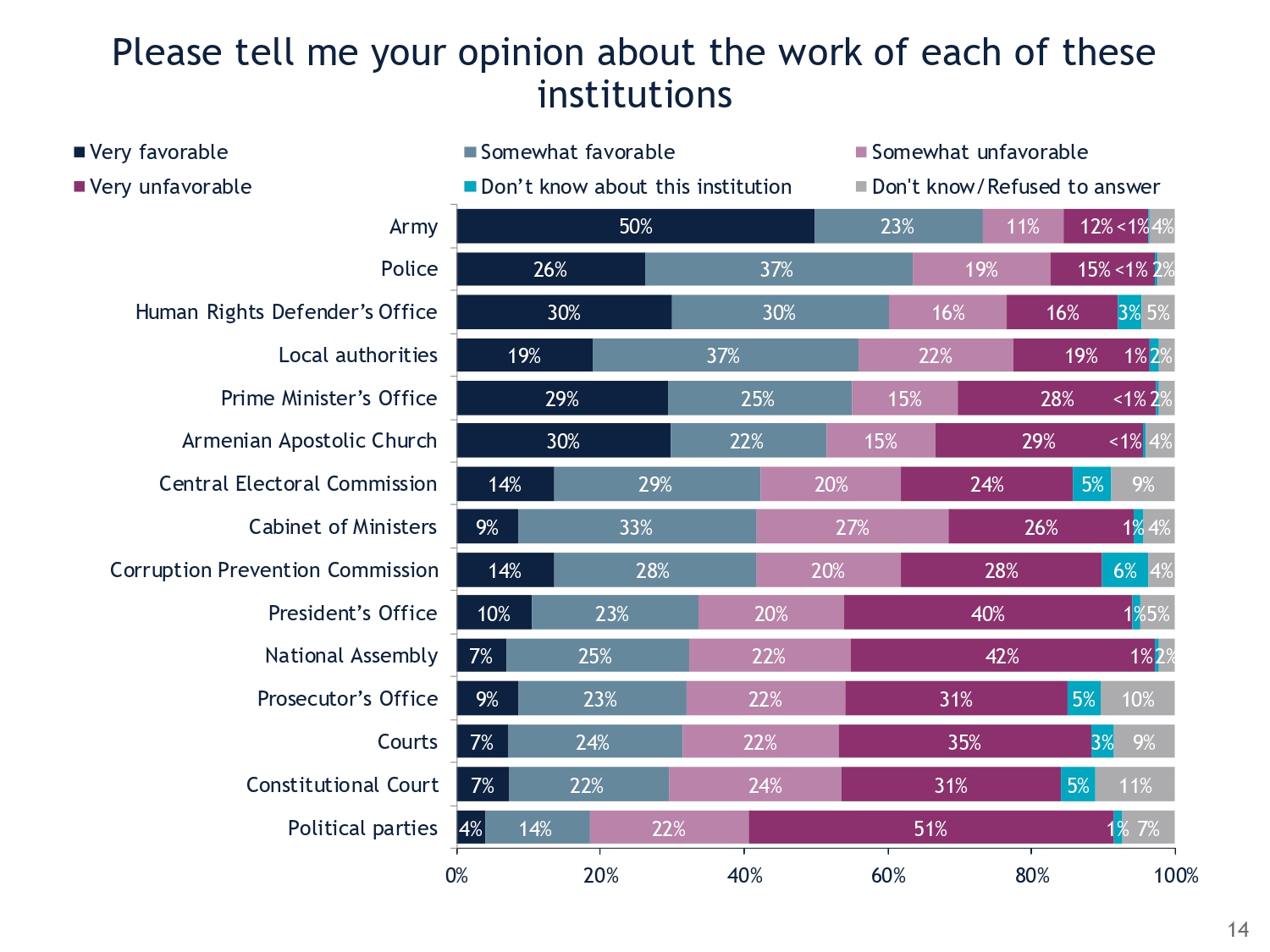 29% of the respondents considered the work of the Prime Minister’s Office very favorable, and 28% very unfavorable. This indicator does a good job at reflecting the polarized atmosphere in which Armenians now live.

Which media do you consider the most reliable for receiving political information? This question implied a three-pronged answer. The result showed that Public Television has a high threshold of trust for 16%, Armenia for 10%, Shant for 9%, and Azatutyun for 8%. 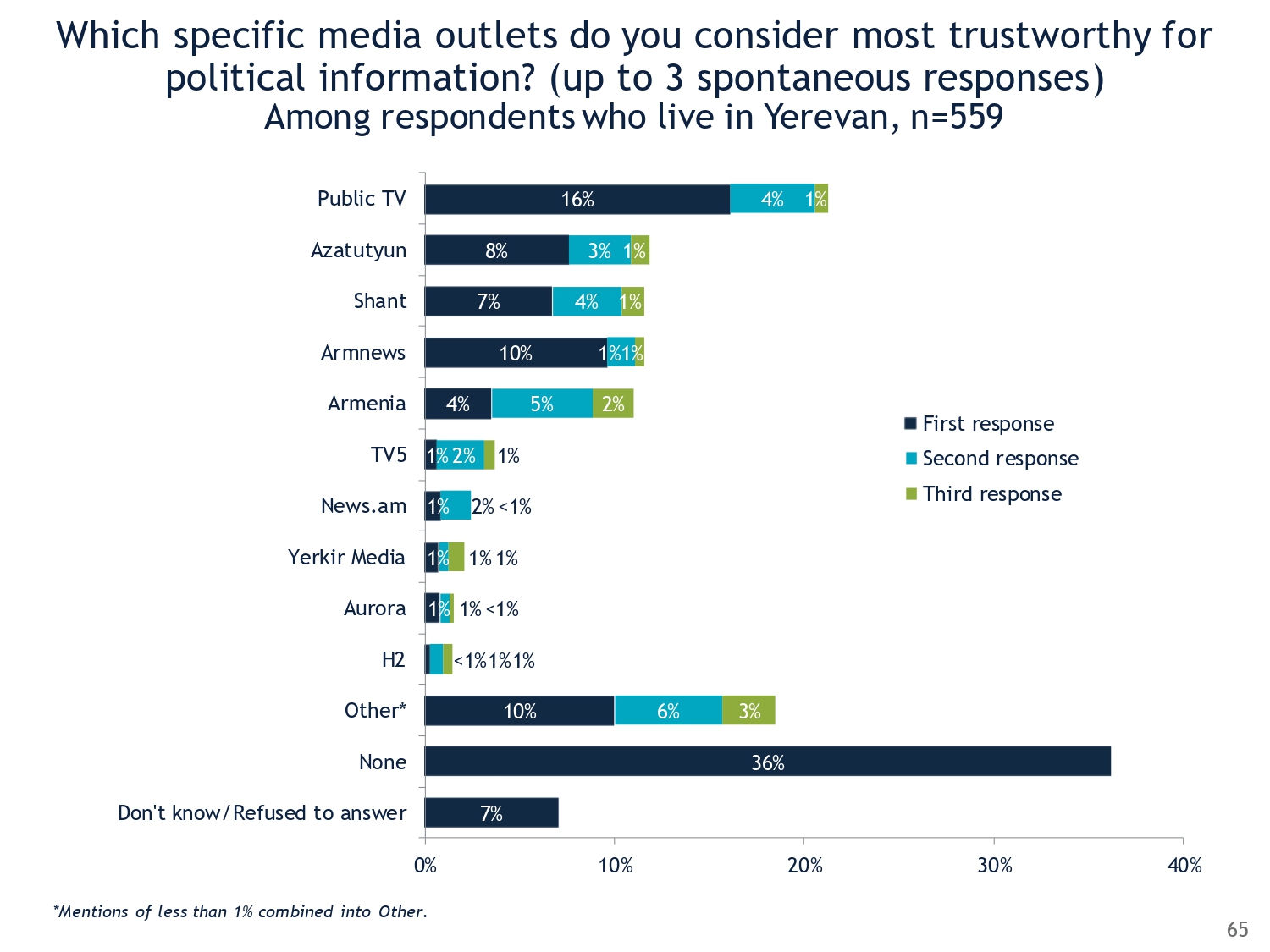 This year’s poll did not address freedom of speech, media independence and frequently visited websites. The role of the media has been overshadowed by political issues and the expectation of early elections.

43% of the respondents said that they receive information about the elections from TV programs, and 29% from social media. Only 1% mentioned the debates.

The poll showed that the demand for early elections is great. 57% think that they should take place in the spring of 2021.

And if those elections take place next Sunday, the majority of respondents (42%) will not vote for any party, 33% will vote for the “Civil Contract,” 3% for Prosperous Armenia, 2% for Robert Kocharyan. and to all other parties, including the 17 parties protesting with rallies, only 1%.

In fact, the demand for early elections is great, but the choice is small.

The question of trust in the media (when the respondents mentioned three options) shows that 50% of Armenians do not trust any media at all, 36% mentioned at least one TV channel as a reliable media, and 34% mentioned one as a social media. platform.