Artsakh’s Journalists Work When Everything Around Them Is Being Bombed 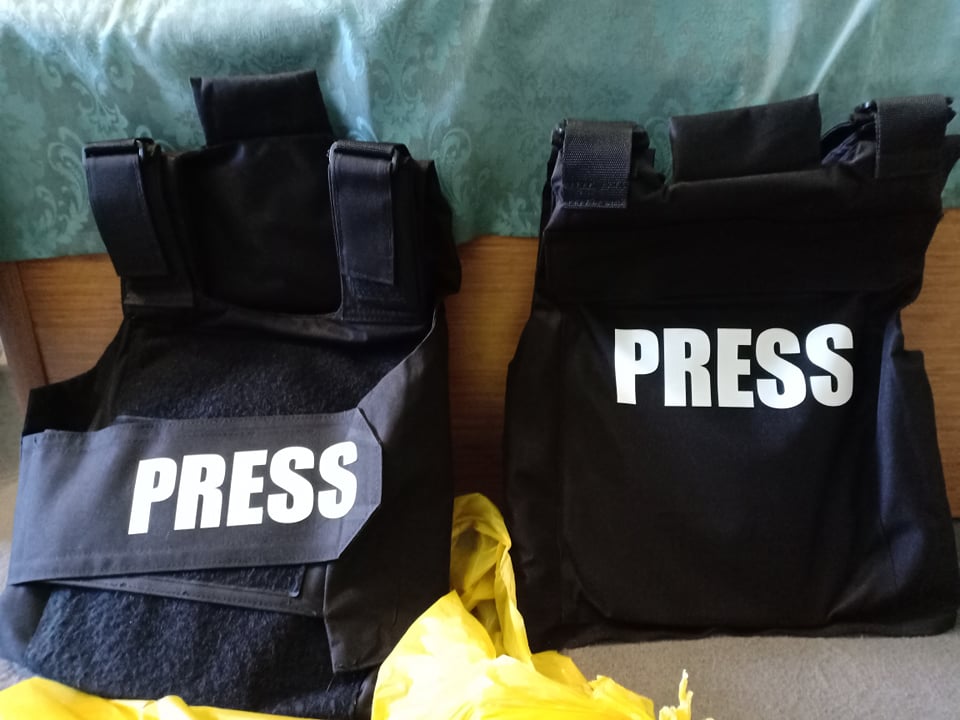 For the third time, the journalists of Artsakh Public Television are forced to work in the conditions of war. Unlike foreign media reporters, they often find themselves in the hottest spots without armor, helmets, and other basic security items.

The 2020 Armenian-Azerbaijani war forced us to face a harsh reality with human losses and casualties. Now any place in Artsakh can be dangerous, and the security of working journalists is even more fragile.

Since September 27, Artsakh Public Television and Radio have been working in a state of emergency, also under the conditions of martial law.

The news program of the Public Television “Day” is broadcast every two hours. The broadcast is live on YouTube.

“Unfortunately, we often have to interrupt the broadcast with an air alarm signal,” said Hrayr Avetisyan, the executive director of the television station.

He says that in addition to live broadcasts and news from the information headquarters, he is also broadcasting the documentary materials and heroic pages of the previous two wars in Artsakh. 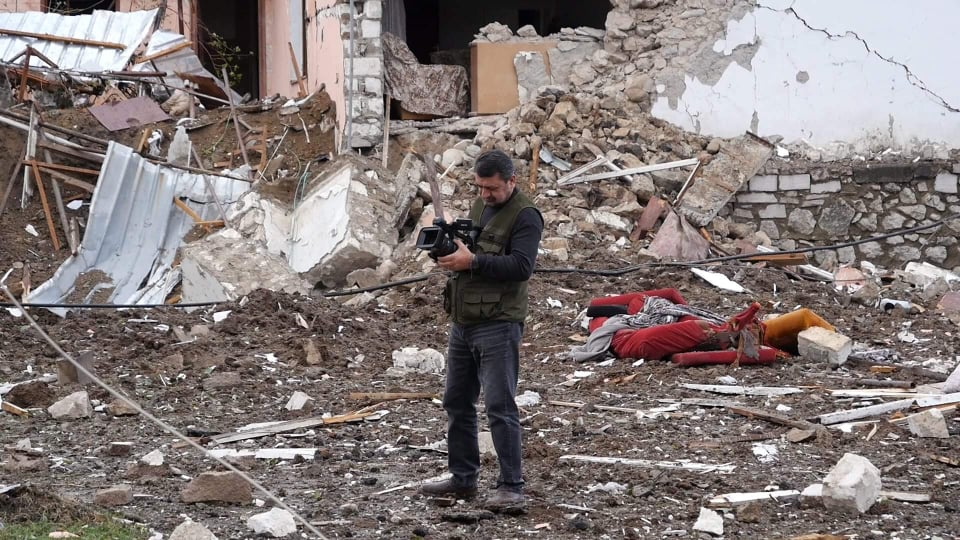 TV crews regularly visit different regions, cover the daily life of the war, present the aftermath of the bombings, and other details.

“Unfortunately, the enemy violates all written and unwritten laws, as a result of which film crews often work at the risk of their own lives and health, a vivid example of which is the fact that journalists from several foreign media outlets have been injured.”

Hrayr Avetisyan has seen the three wars in Artsakh, but this one, in his words, is completely different.

“It is definitely not comparable to the April war, both in terms of intensity of actions and volumes… in general with everything. In April, the beginning and the end of the war were very close. At that time, peaceful settlements, cultural centers, schools, and monasteries were hardly or not so intensively targeted. And now they are bombing everything. The capital Stepanakert is bombed every day with different types of bombs, including heavy bombs.”

The employees of the radio company work in conditions of incessant bombardment, risking their lives, trying not to harm the civilians. And vice versa, helping them as much as possible.

The principle of non-harm is more than important these days, any word can cause panic among the audience or have irreversible consequences.

According to Hrayr Avetisyan, the main source of information is the official one, and the rest of the accurately verified information is often created by them, organizing operative filming from the scene, becoming a direct participant, and coverage.

“As they say first hand. In the end, all this is happening to us, to those around us,” he said. 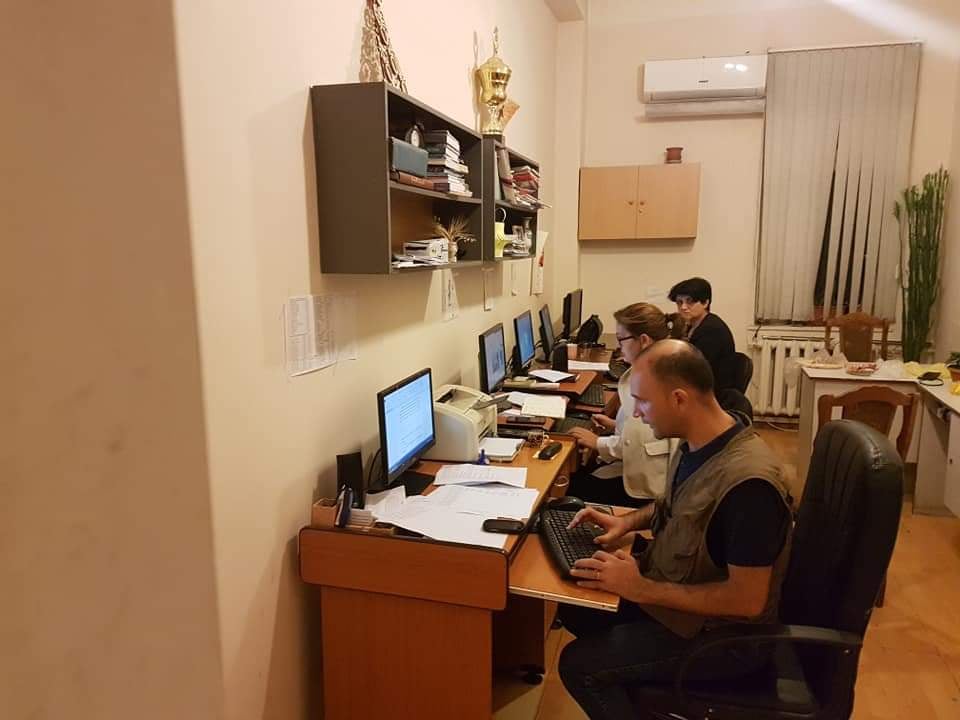 The “Day” news team during the war

These days, the journalist of “Day” news agency Gohar Rustamyan also has to prepare her materials in the conditions of war. These conditions and martial law make us more careful with our information.

“We mainly use official sources. We are well aware of what should be heard, what can cause unnecessary panic, and we refrain from using it,” said Gohar Rustamyan.

She also worked in television during the April war. She says that now a more correct policy is being pursued, more organized, “people’s consciousness is higher towards propaganda machinations.”

According to Gohar Rustamyan, today they are more open to the world, thanks to the TV website, there is no unnecessary constraint, they are free from censorship.

She is only annoyed by the fact that at this moment there are still people on social networks who spread anti-government, false materials.

Now there are many foreign journalists in Artsakh, but they come to work and leave, and Artsakh journalists are always here and do their job in inhumane conditions. And without any guarantees of minimum security.