Tigran Hakobyan: “In 2019, The Authorities Did Not Interfere In The Work Of Broadcasters” 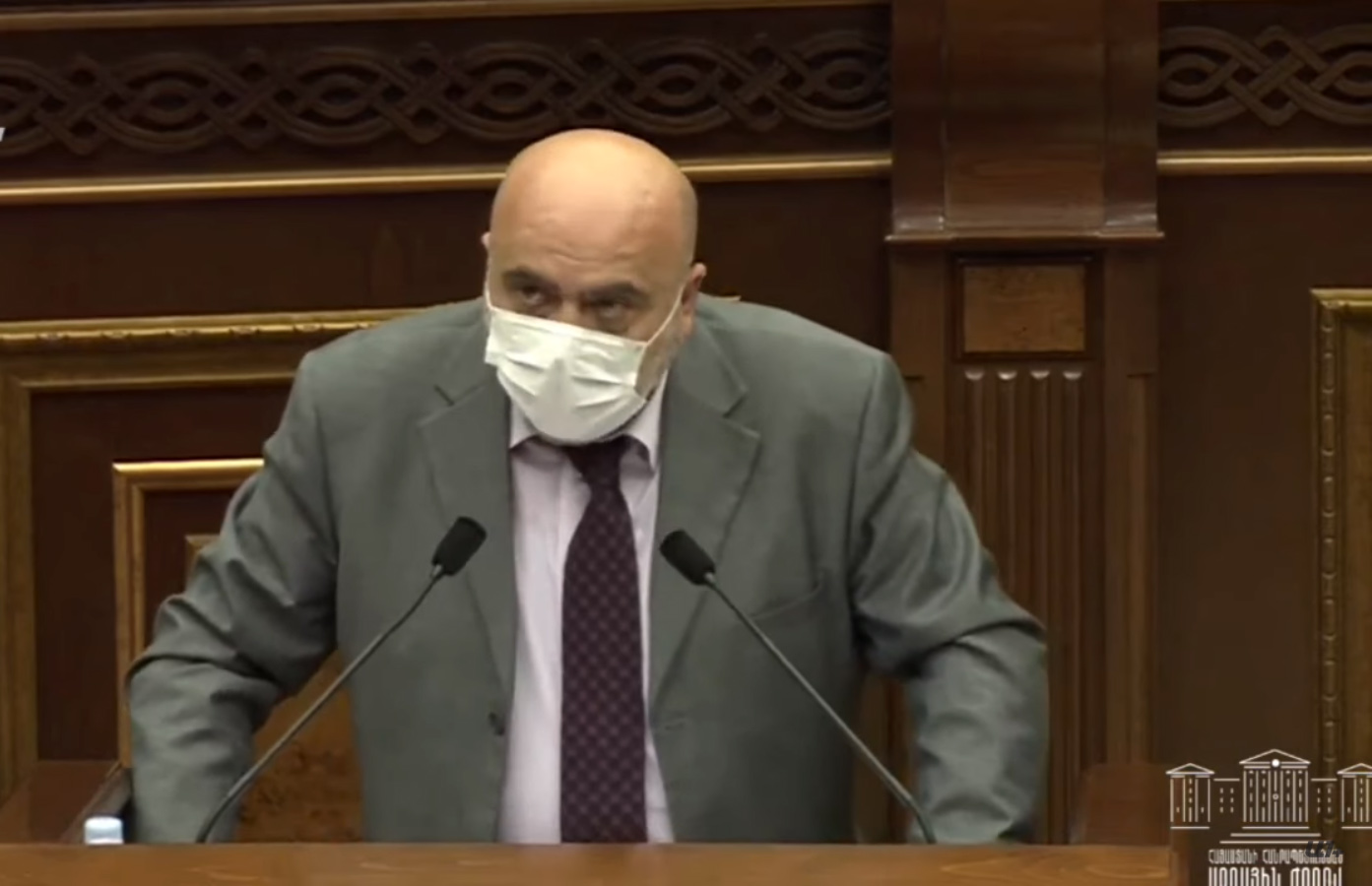 Tigran Hakobyan, Chairman of the Television and Radio Commission (TRC), presented the report on the annual activity in the National Assembly.

He singled out several facts that are important for the independent and free development of the media.

According to Hakobyan, in 2019 the TV companies were independent of the authorities. This is evidenced by the assessments of international organizations, experts in the field of media in Armenia and the Commission’s research, as well as the answers to written questions addressed to broadcasting organizations.

According to Tigran Hakobyan, a written inquiry was sent to the broadcasters in January of this year, only one of which said that a government official had interfered in their activities.

“I do not mention the name of that company, because they did not give the name of the official, although we found out about it, and that official does not work anymore. Based on the rules of ethics, we will not name that official,” said the chairman of the commission.

Of course, there were complaints that the officials refused to go to this or that broadcaster and give interviews, but, according to Hakobyan, it is beyond their authority.

However, all this, in his words, does not mean that the commission considers the level of freedom of speech and independence of the media to be sufficient.

First, because the authorities’ failure to intervene in broadcasting does not mean that they are independent or free, because, in addition to the authorities, “there are many other factors and many players in the field.”

“First of all, it refers to the founders and shareholders of the media, who often influence the information policy of those media outlets, provide shadow financing, intervene in personnel policy and thus orient the media’s information-editorial policy.”

The President of the TRC cited two examples of free media activities.

First, in the past, even 1% of the TV company’s share could not be transferred, sold without the knowledge and consent of the highest instances.

“In 2019, such transactions were made by a number of TV companies, 9 broadcasters, without the authorities and without the intervention of the commission, but very often without notification,” Hakobyan said.

Second, in 2019, 5 broadcasters filed a lawsuit against the commission. Since 2001, when the commission was formed, there has never been such a thing.

“This is an important indicator of freedom and democracy because the relations between the regulatory body and the media are being resolved today, not in the cabinets, but only in the legal field.”

“Nevertheless, we do not assess the situation in this area as satisfactory,” he said.

According to him, one of the reasons is the “quite imperfect legislation, which they hope will be changed this year, and a new law will be adopted that meets the current requirements.” The second is the sharp decline in advertising in recent years, which has made companies more dependent on their shareholders.

Unequal conditions and advertising flows from TV to the Internet also hinder the independence of the media.

They also link the discovery of the real founders and owners of the TV and radio companies with the new law.

“According to our studies, there is no other monopoly situation in Armenia. If in the beginning of 2018 there were 4 big TV companies under different names in Armenia in the hands of one individual, not counting other media platforms, today at least that situation does not exist.”

As of December 31, 2019, 126 TV and radio companies broadcast in Armenia. According to the licenses issued by the commission, 100 TV stations and 18 radio stations operated.

According to the chairman of the commission, the large number of TV companies is connected with the fact that cable operators are also licensed as TV companies.

31 of the TV companies broadcast on the air, 69 on cable.

There are 3 republican coverage companies in Armenia, 13 capital and 2 regional radio companies in Lori and Shirak. According to the law, radio companies can operate only in these two regions, which, in the opinion of the commission, hinders the rights of the population of other regions.

They are also waiting for the settlement of the issue with the adoption of a new law.

In that case, another problem will be solved. The content of the Armenian language programs will gradually increase in the TV programs operating in cable networks.

“In other words, 85% is the content of Russia’s production. There is no discrimination against these programs. However, our information security is already in danger here, because the content of Armenian production in the same cable network is 15%, in other languages 4% and 81% is in Russian, ”said the chairman of the commission.

In 2019, in all republican and capital-covered TV channels, domestic and Armenian language programs account for about 70% of all airtime. The content of Public Television is 100% in Armenian.