Now, There Will Be Advertisements On Public TV 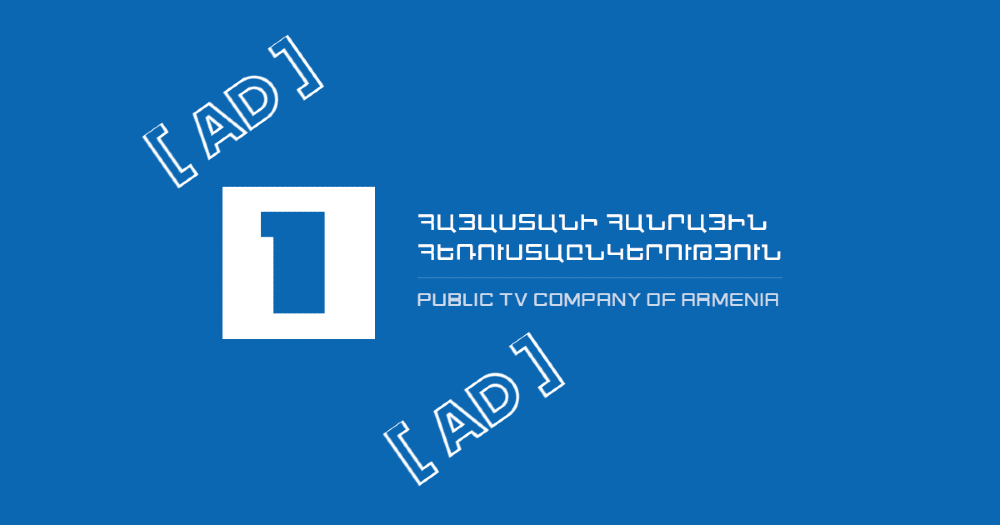 The National Assembly adopted a package of draft laws, according to which the right to broadcast advertisements has been reinstilled to Public Television. Public TV was deprived of that right in 2015, since January 1.

In 2015, when Public TV was deprived of the right to broadcast advertisements, the government increased the amount of money allocated to the television station from the state budget. The Justice Department’s justification for this change in 2020 states that “the compensation provided by the budget is not sufficient to respond adequately to the current challenges of Public Television (technical equipment, review of the air network, etc.).”

Legislative changes and additions are in the Laws on Television and Radio and the Law on Advertising. They will allow Public Television to broadcast advertisements for up to 5 minutes in one hour.

During the screening of cultural, educational, scientific-educational and sports TV programs, Public TV can also publish brief information about their sponsors, which should not exceed 2.5% of the total coverage of the program.

Public TV is allowed to show social advertisements from midnight to 6:00 pm on a free basis, and from 6:00 om to midnight on a paid basis.

The change does not apply to all types of advertising. It is forbidden to show the advertisement of lotteries, totalizators, internet games and nightclubs on Public TV.

Boris Navasardyan, President of the Yerevan Press Club, considers the decision made on such grounds and procedures inadmissible.

According to him, before making such a revolutionary change in the media, it was necessary to conduct a serious study of the situation to find out whether “there is no possibility to optimize domestic resources, reorganize expenditures, or whether the state does not have other opportunities to help solve Public TV’s problems.”

The government did not take that route but decided to return the right of Public TV to broadcast advertisements, which, in the opinion of the president of the press club, could cause great damage to the media field.

“We can assume that Public TV can claim about 20% of the advertising market and we can imagine what the rearrangement of that 20% means. This is a serious interference in the media market, which can have unpredictable consequences for the development of the field, especially today, especially for surface broadcasters, taking into account that in recent years there has been an outflow of advertising resources to online media.”

According to Navasardyan, the change will weaken the independence of many TV companies.

“If you reduce the advertising revenue that the media acquires on its own, of course, it will try to find other solutions – to get their lost remuneration from somewhere, which will bring with it political orders and dependence.”

According to him, with this step, the authorities are contributing to the increase of that dependence.

“I think that after the revolution, the whole policy should be aimed at the exact opposite – increasing the income of the media and strengthening independence. The media, no matter how much it has a public function, operates according to the laws of private business, and this is a blow to the media as a private business.”

According to Narek Nikoghosyan, director of ArmNews TV, Public TV is the richest TV channel in the country today.

“Do taxpayers actually agree to enrich the richest? Is it possible to solve the demands that society puts in front of the TV company that lives on its money with even more financial means? I don’t think so. Maybe the purpose of this is to weaken the private, not-so-pleasant TV companies.”

The advertising market is limited, and if a new platform appears, it has a negative financial impact on others, says Nikoghosyan.

According to him, naturally, there will be a change in prices in the advertising market, not for the benefit of tax-paying businessmen, TV audiences, private TV companies.

“Most of the specialists of the modern Armenian TV field have worked at Public TV for some time, and we all have a kind of compassion. We all want to have a strong “First Channel,” but as a specialist and a taxpayer, we have given and are giving our best, more than that it is already harmful to everyone – advertisers, private TV companies, TV viewers – maybe first of all for our Public TV.”

Hovhannes Movsisyan, head of the Public Relations and Information Center of the RA Prime Minister’s Office, made a post on Facebook on the day of the adoption of the bills, noting that as a result of the decision big changes are expected in the field of TV advertising, including the restoration of a competitive atmosphere.

Earlier, it was decided to allocate 26.6 million AMD from the government’s reserve fund to Public Television and Radio Company’s board for conducting an international audit.

The State Commission for the Protection of Economic Competition plans to study the media advertising market this year, the mechanisms of advertising distribution and the interconnection between TV companies.