The Media facing serious financial Issues due to Covid-19 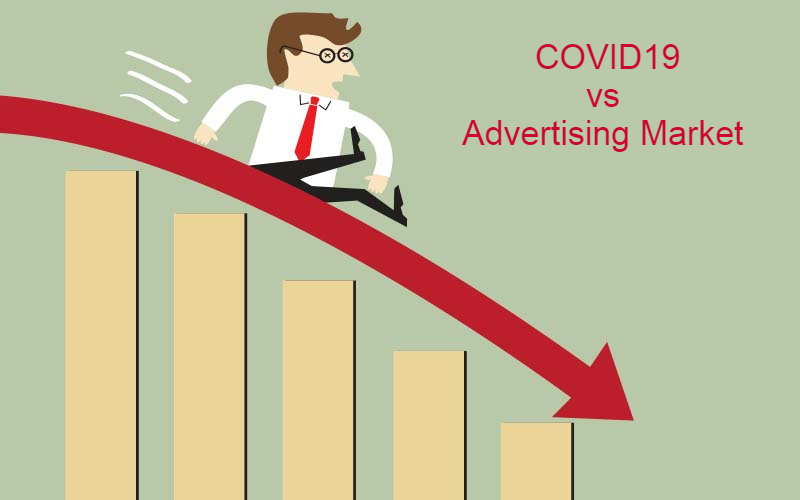 The media have serious financial problems as a result of Coronavirus.  Many written and verbal advertising agreements were cancelled or suspended as soon as a state of emergency was declared.

Yet, if that kind of response is understandable in case of restaurant business (because it makes no sense to advertise if there are no activities), uncertainty has really affected the ad policy of other businesses.

Organizations have reduced their advertising budget or have reallocated it between various platforms.

Arsen Sultanyan, a digital marketing expert and the founder of Caramel company, says that most companies have rapidly suspended their advertising budget, whereas others have started planning new budgets to work with other platforms.

“There is a tendency towards declining, and this is just the beginning. Online stores and online services still remain active. Facebook ads went down in value as well,” Sultanyan says.

He thinks that advertising is simply not justified for many companies (it’s mainly about travel agencies, hotels, restaurants, cafes and other services.)

There is still a significant amount of ads in online media. However, the expert thinks that they will be on the decline in April – not only banner ads will be drastically reduced but also company promotional materials and other PR info.

Hasmik Martirosyan, the director of Skizb Media (1in.am), says that they lost two large advertisers in March. However, they are expecting to face more complicated challenges in April.

“An organization suspended their ads for 10 days in March. It is unclear yet how we are going to work in the future, when we will start again. Most probably, other companies will suspend their ads in April,” she says.

The media company was not downsized, and they have not applied for any programs or grants, still waiting for further developments after April 12.

Gegham Manukyan, the head of news and politics department at Yerkir Media TV company, says that these days all the TV companies face various financial issues.

“Terrestrial broadcasters have addressed the government, asking to discuss the problem with the Ministry of Communication and Transport. The idea is to temporarily suspend or postpone the broadcast fees that reach up to several million AMD a month,” he says.

According to Manukyan, the ads have been generally reduced in television industry, and the situation has become even worse because of Coronavirus. Despite the financial issues, Yerkir Media has paid the complete salaries. Meanwhile most employees do not attend their workplaces and work from homes.

He says that, if the government offers support to the media, they will accept it, “We have now become a link in the chain of the Government and the Commandant’s office, broadcasting press conferences and their video stories. The whole program schedule has changed. In this situation, it would be understandable it we got state support to continue our work.”

Aravot daily will apply for a governmental support program, in order to manage to pay the salaries. Director Garik Melkonyan says that the newspaper makes no profit, and they are looking for options of government and private support.

He says that the newspaper sales have dropped drastically, and many ad agreements have been indefinitely suspended, “We mainly keep the website at the cost of the newspaper sales and advertising. We have not downsized the company because Aravot is a big family whose members support their small families with the help of salaries.”

According to Melkonyan, the newspaper sales are currently on the back burner. However, they have not stopped printing the paper and negotiating with new advertisers.

“It is not an idle time for us; the staff has worked all the time. We have various financial commitments and payments to make. Currently we discuss with the printing house if we can postpone the payment a little bit.”

Media representatives say that they will lose a lot of advertising in April. However, they can sum up the figures only when the month is over. They hope that old advertising partners will start actively working with them again as soon as the state of emergency is over.