Stronger Emergency Measures but not for the Media 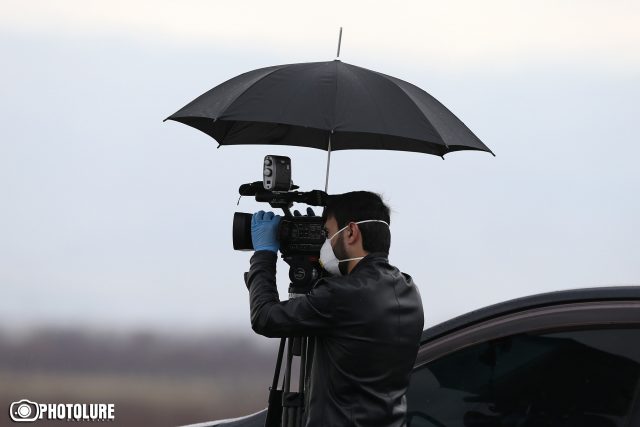 People’s right to movement will be restricted – it will be allowed only for vital reasons, and everybody should have an identification card when outside.

Before March 25, any “organization implementing journalistic activities” during the state of emergency in Armenia could only publish information from official sources.

Those restrictions were criticized by a number of media organizations. The most criticized provision was the ban on panic-provoking info and the re-publication of only official viewpoints. The definition of foreign media attribution was also confusing.

Reporters and editors declared that the definition of panic-provoking information was unclear.

On March 24, Organization for Security and Cooperation in Europe made a statement.

The OSCE Representative on Freedom of the Media, Harlem Désir, expressed his concerns about a package of amendments to the criminal and administrative codes, in the context of the fight against disinformation related to the COVID-19 pandemic.

“Publishing only information provided by the authorities is a very restrictive measure which would limit freedom of the media and access to information disproportionately,” he said.

Some changes have been made to the restrictions of media activities.

On March 25, the obligations imposed on the media were complemented and changed.

In particular, if Coronavirus-related stories are re-published from the foreign media, their source should be mentioned in the headline of the Armenia version.

If a media entity publishes a story on isolated, self-isolated, and Coronavirus-positive Armenian citizens and epidemic measures, it is necessary to attribute the commandant’s office, totally republishing the official information (without editing.)

Coronavirus-related materials should contain the clarification or refutation of the commandant’s office, after a maximum period of two hours after receiving it.

Boris Navasardyan, the President of Yerevan Press Club, considers these changes to be totally acceptable because the public interest should prevail in state of emergency, and not the interests of the media or the authorities,

“Apparently, there will be restrictions and strengthened measured during the state of emergency. And today’s changes completely reflect the suggestions that we had presented to the government.”

He says that now, when all sorts of materials may appear in the media, it is essential to impose also the inclusion of the official viewpoint because that is the way of informing the audience.

“It is impossible to completely clean the trash from the media. However, opportunities should be provided for widely disseminating the official viewpoint in state of emergency. Simply speaking, you can write whatever you want but you should also report the official viewpoint,” Boris Navasardyan states.

Nikolay Torosyan, the editor-in-chief of PanArmenian website, thinks that restricting negative and misleading information in state of emergency is quite understandable although impossible in many cases.

“Lots of stupid things are spread, and it is hard to fight them. New changes clarify and mitigate the restrictions, allowing also the publication of foreign materials, apart from the official info. In the past, every publication, besides the World Health Organization info, meant violation of state of emergency,” he says.

However, it is unclear for him why the media should publish the commandant’s statements with no edits,

“It means just copy-pasting, whereas all the media have their own styles and approaches. It would be better to ban content-related changes but not style-related changes.”

Currently there is a clear level of responsibility for not abiding by the media restriction rules.