The Government has “mitigated” the State of Emergency for the Media 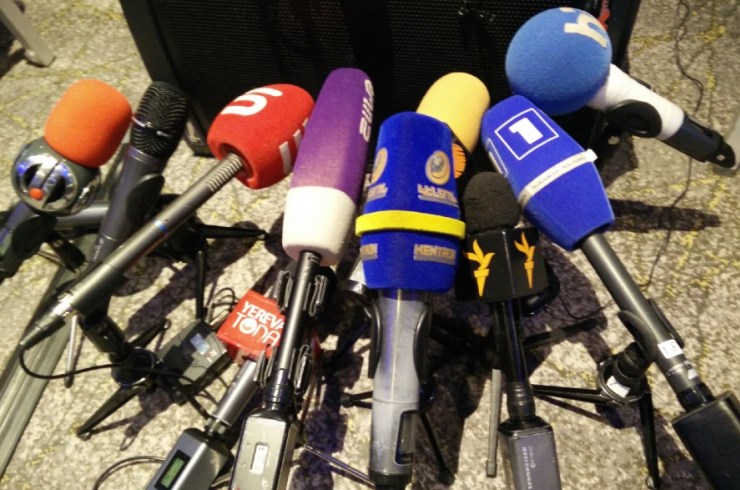 The government has changed one of the media-related provisions, permitting them to publish Coronavirus-related information received from official international sources.

The media can publish official info, attributing the official websites and social media accounts of the heads of foreign countries, foreign government bodies and their representatives. Formerly, such publications were banned, due to the state of emergency.

The chapter Bans on certain Publications and Broadcasts by the Mass Media of the Government decision on the legal regime of the state of emergency is still criticised and targeted by editors and media organizations.

Media organizations had made a statement before this decision, urging the Government and the Commandant’s office to immediately abolish the points 23-26 in the state of emergency.

They offer adopting a new regulation defining the regime of spread of information, specifying the possible restrictions, which will contribute to the effective implementation of the professional activities of the media.

On March 18, the editors of a number of Armenian media addressed a letter on the same issue to the state of emergency commandant Tigran Avinyan, emphasizing the problems that prevented them from conducting their activities during those days.

The Government decision on allowing the publication of official international info has been resulted by the discussions with the media community.

However, the media have other points to discuss with the Commandant’s office, too. There is a contradictory point, according to which “publications, information materials, interviews, broadcasts on panic-provoking information” should be restricted.

The government has left the main media concerns without answers.

“These small changes by the government are hardly proportionate to the gravity of the issue. Constructive works should be conducted. If the Government is not professional enough, they can turn for help to media organizations and independent experts,” says Ashot Melikyan, the Chairman of Committee to Protect Freedom of Expression.

Melikyan thinks that the issue of media sources should have been better regulated.

In this situation, it should be specified that the publication of any unverified info “received from our sources” or “based on our sources” should be excluded.

Melikyan states that the decision could contain a requirement for the media to verify the information with official sources and only then publish it, in order to avoid panic,

“Panic is a subjective perception and can be contradictory. For example, a person may panic after not finding a mask at a pharmacy, while another person may look for masks at other pharmacies.”

Media organizations hope that the Government will respond to their statement, creating a more favorable and better-defined landscape for media activities.