The Press Building And Editorial Offices After The Fire 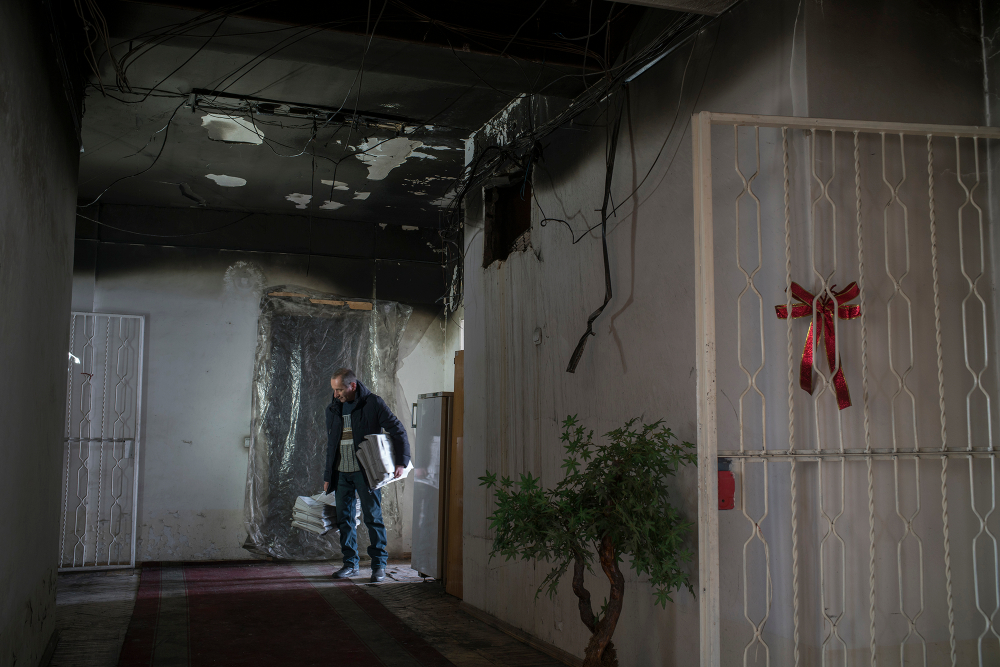 The work of some media outlets in the Press Building was paralyzed by a fire on January 18.

The fire broke out on the first floor of a 15-square-meter room filled with electric panels and rose up to the 8th floor. The room’s fuses, power cords, the rest of the property, as well as part of the ceiling of the Novoye Vremya office and a door were damaged.

The building has been completely deprived of electricity. Some of the editorial offices are closed and cannot work. The most affected newsroom, Novoe Vremya, was open, where it was possible to see and photograph the effects of the fire. 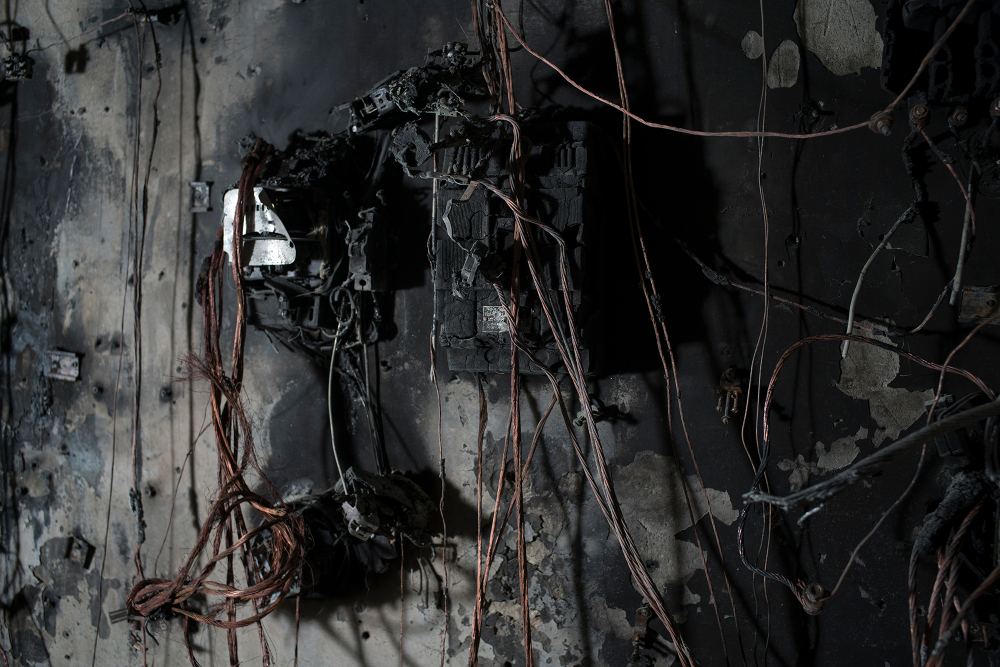 The electrical control room where the fire broke out

Editor-in-chief of the newspaper Ruben Satyan said it is impossible to work without electricity, “Our work is currently suspended. It is not yet clear when the power supply will be restored. We have advertising commitments and announcements that we cannot fulfill.”

Novoye Vremya operates a lease in the Press Building, employing about 20 people, only a few of whom came to work today.

In one part of the editorial office the ceiling has been damaged, the floor, wet, some of the walls have become black. The editor says it is not yet clear who and how the damaged sections will be repaired. 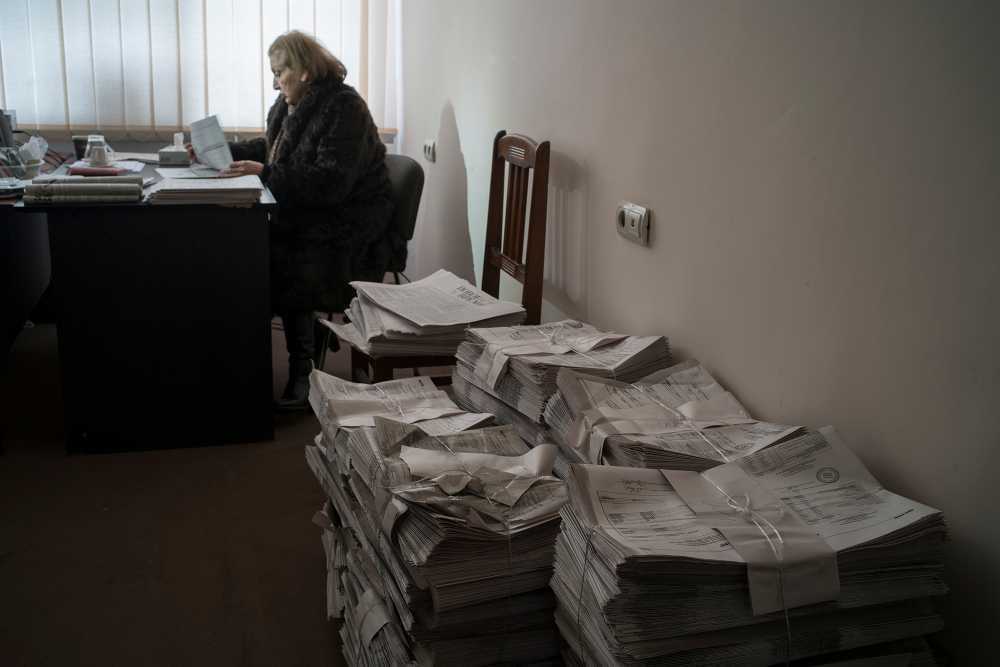 Narek Babayan, chairman of the State Property Management Committee, told Media.am that they are doing their best to resolve the issue of electricity in the building, until then, on January 18, they had cleared the rubbish caused by the fire.

“We are not avoiding discussing and providing compensation for property damage, now we are simply going through phases by first trying to restore the electricity, then moving on to other issues,” said Babayan. 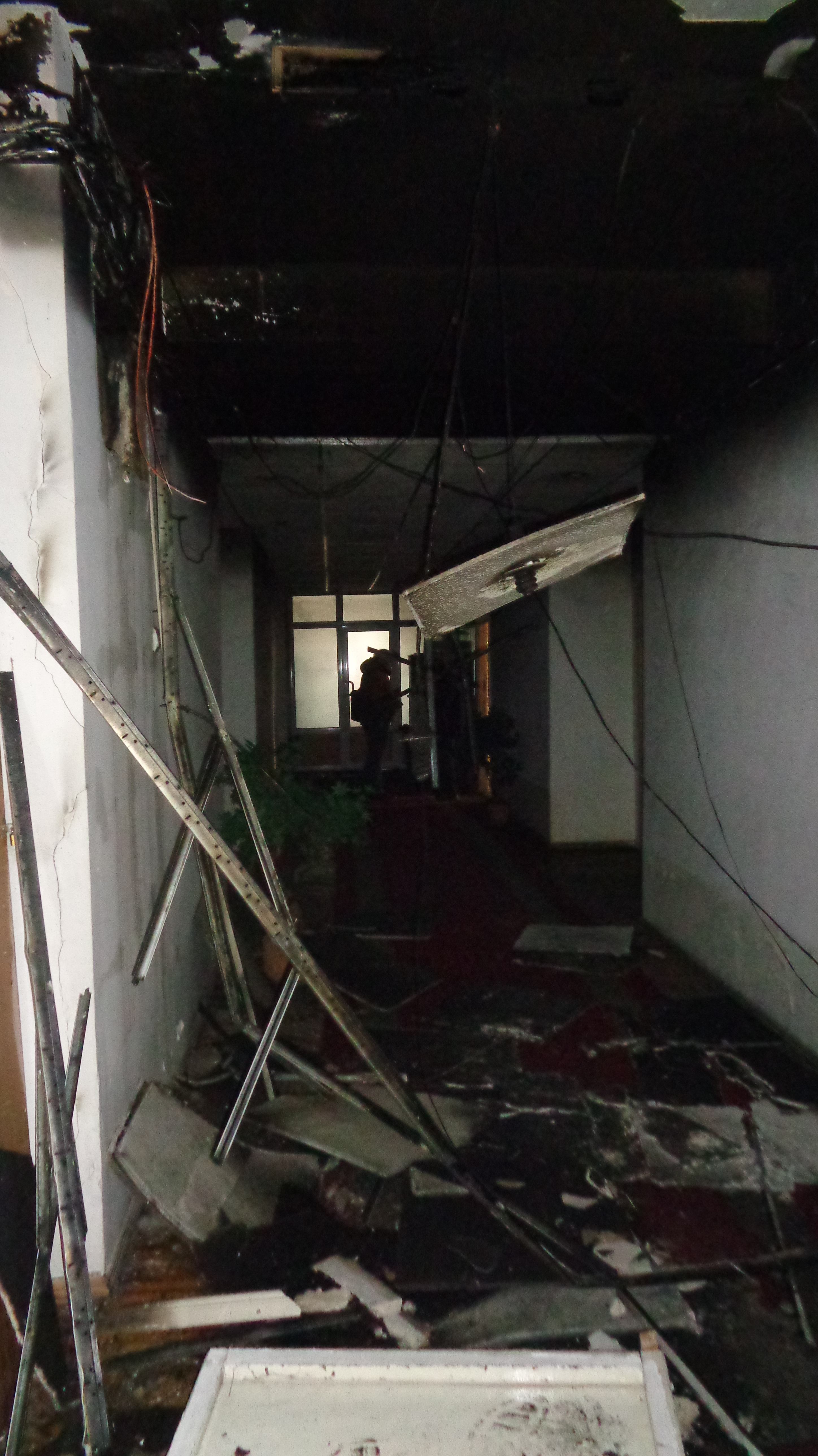 Immediately after the fire at the Novoe Vremya editorial office on January 18. Photo provided by the editorial staff.

“Aravot” daily’s director Garik Melkonyan says that the editorial office will bring a mobile generator using its own resources in order to be able to work as usual days and be published on time.

And the site’s journalists are working outside of the editorial office until the power supply is restored and they can switch back to their regular editorial work.