There are events that took place in 2019 which will only be remembered through photos. Many photos of events have not only immortalized a moment but have also been circulated and discussed on social media, giving rise to memes, collages and caricatures.

Media.am selected 10 of them to talk about what made them stand out and made them happy and excited about the passing year.

If you have a favorite photo that you think best describes an event of the past year, put it in the comment.

The topic of Amulsar is like an awakened volcano. Environmentalists, residents of nearby villages and environmentalists have come together to stand against the exploitation of mines.

The game-fight of the state, business and population around the mine is still far from resolved. The tension from time to time makes itself felt, and this photo shows the determination of the struggle. 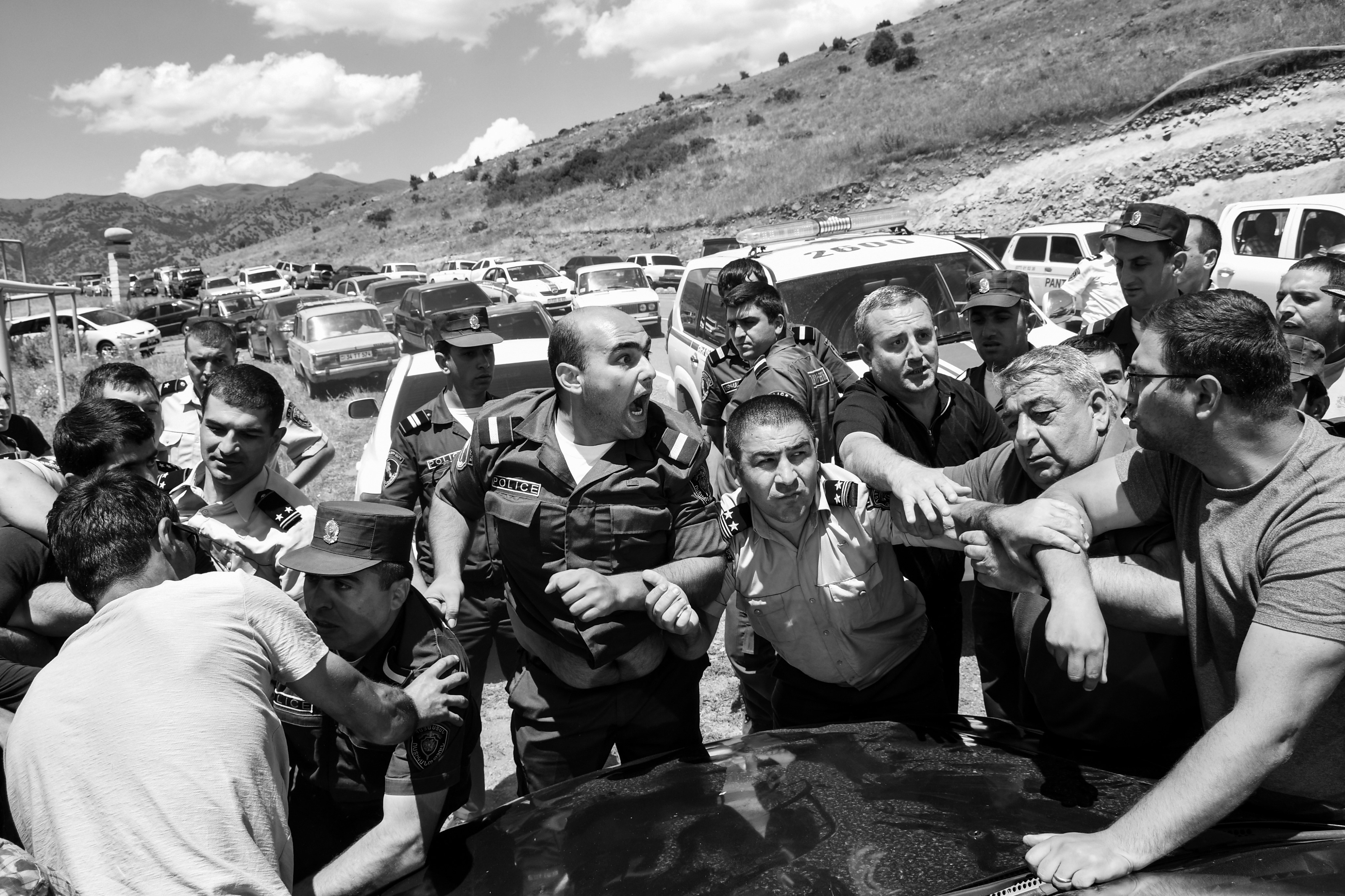 After the velvet revolution, the new government decided to set a special day for citizens. Making that day stand out in the calendar was perhaps a bit artificial, but people accepted the offer to celebrate it.

To celebrate the day, people took to the streets, became pedestrians or bicyclists, and the central streets of the city were free of cars. People walk freely, ready to get involved in various events: taste testing, exhibitions, concerts.

The barbecue smells rising from different corners of the city and mixing with loud music. 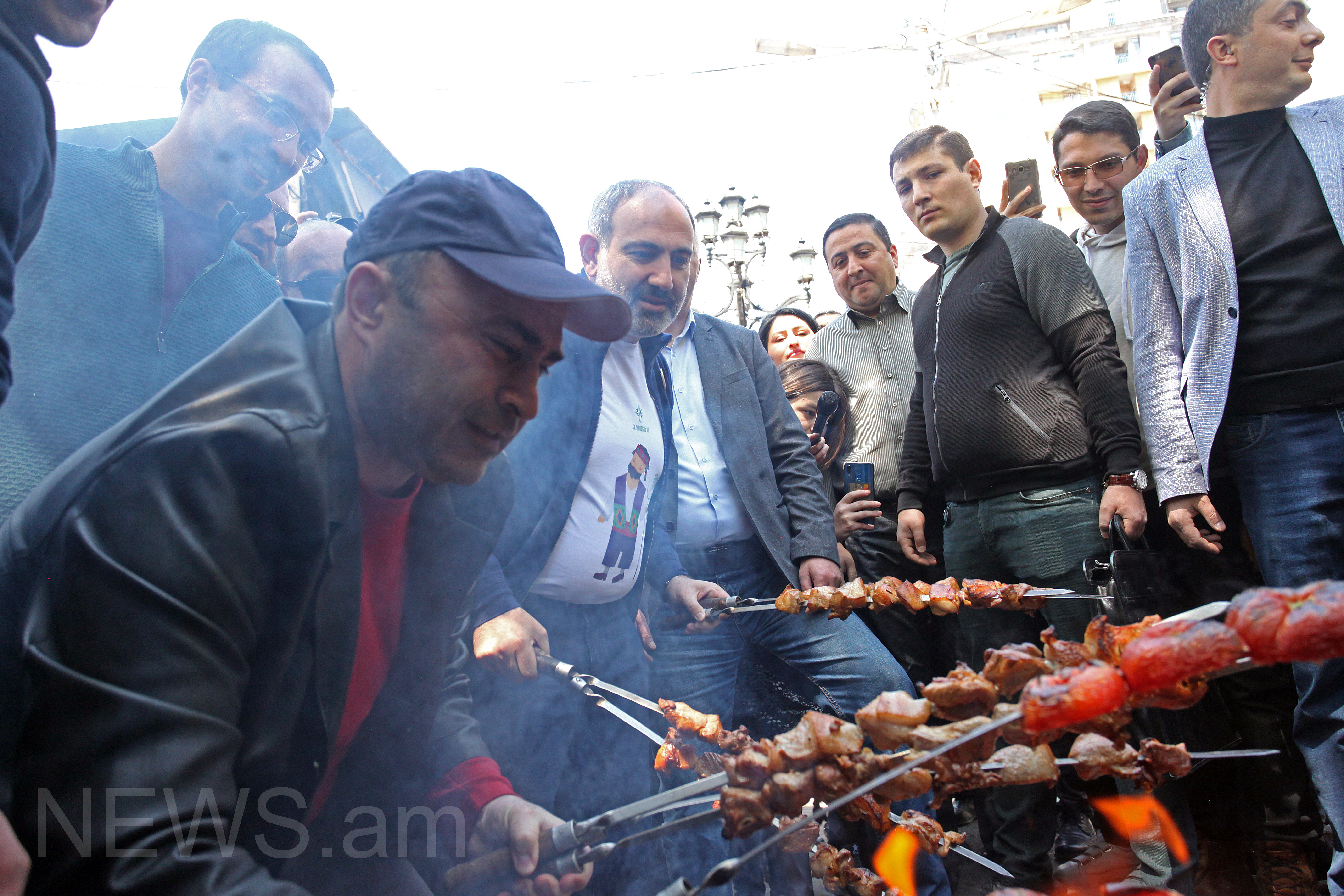 We love holidays, especially non-working days. Vardavar is an exception, with the calendar it is always Sunday and always includes the masses. Anyone and everyone celebrates however they can. Vardavar with its pagan origins is full of passion, water wars and the symbolism of purification through water.

Everybody waters everybody, without exception. And in the end, they think about ways to dry their clothes quickly.

Sometimes this is done in a public place, on cars and the branches of trees, and in this case more creatively, on a central statue in the city.

The EAEU Council meeting was held in Yerevan this fall. It came to the public’s attention especially after the Prime Minister’s famous selfie with the participation of the Presidents of the member states.

The pink bus selfie raised a wave of memes on social media, which erased and wiped away the purpose of the meeting. Only the unofficial, unadulterated, funny photo of the meeting was left.

Saroyan and the Slipper

After the arrest of Manvel Grigoryan, some former officials found themselves in a difficult period. They were in a hurry to reach out to the media so they could explain their steps and justify themselves.

Seyran Saroyan shone in his frankness, who held a press conference in the courtyard of his home in Echmiadzin and presented to reporters the image of an unedited landlord wearing slippers.

He convinced the press that his home had not been searched and that he had nowhere to go. “As if I can walk in the dark, let alone run away, let’s start from there.”

The priest’s struggle under the banner

For the first time in the history of the National Assembly, transgender Lilit Martirosyan was given the right to speak about the violated rights of LGBT community members.

There was a storm in the public. A rally began in front of the National Assembly, with priest Ter Ghazar Petrosyan playing the lead role.

He demanded to say a blessing in the NA hall, near the chair, saying, “LGBT is a crime and should be punished by the Criminal Code, with at least 4 years in prison.”

As a result, people learned about the word “Pilon” and began to use it.

Tsarukyan and the rest

All year long PAP leader Gagik Tsarukyan has been in the media spotlight. The stories and situations, briefings and incidents where he appeared have long been discussed. The most striking example was the complicated story of a meeting and cooperation between Arab Sheikhs and the Mayor of Yerevan.

Journalists often push Tsarukyan’s buttons. Several key MPs accompany him to solve the problem. The “Living Wall” has his back and protects the leader from unpleasant questions from reporters, sometimes prompting him with answers. 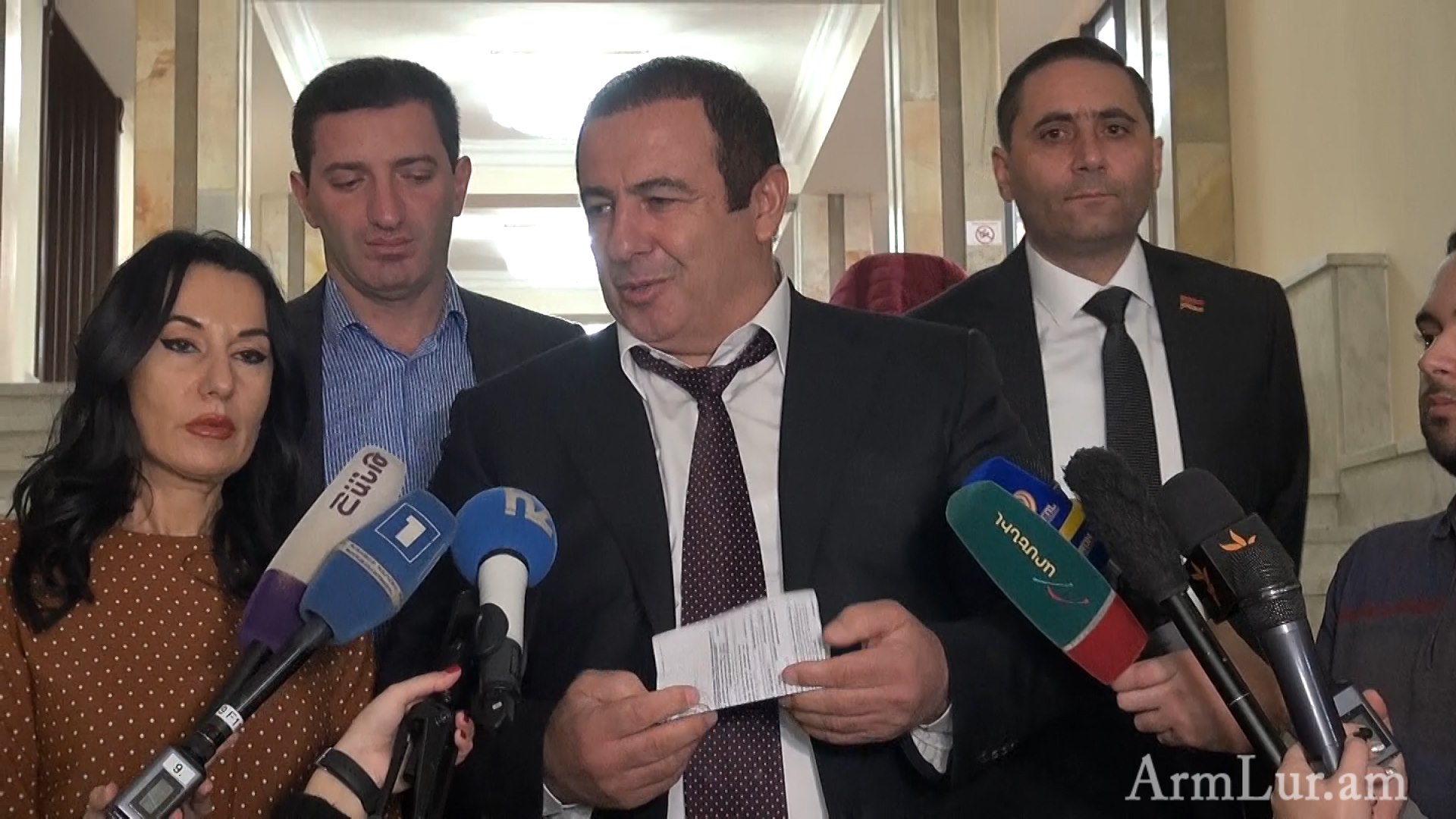 In 2019 there was a lot of emotion, and there was also a lot of excitement. At the Republic Square Subway Station, a group of young people staged an outdoor performance called “Emotion and Call,” a dance-poetic performance with traces of Armenian futurism.

A young man named Narek Sargsyan attempted to splash the performers with “zelyonka” by claiming that they were Satanists.

The small performance made a lot of noise. Few have accepted it, rejecting the obscure format. But importantly, the experience was innovative, and the reaction was not. 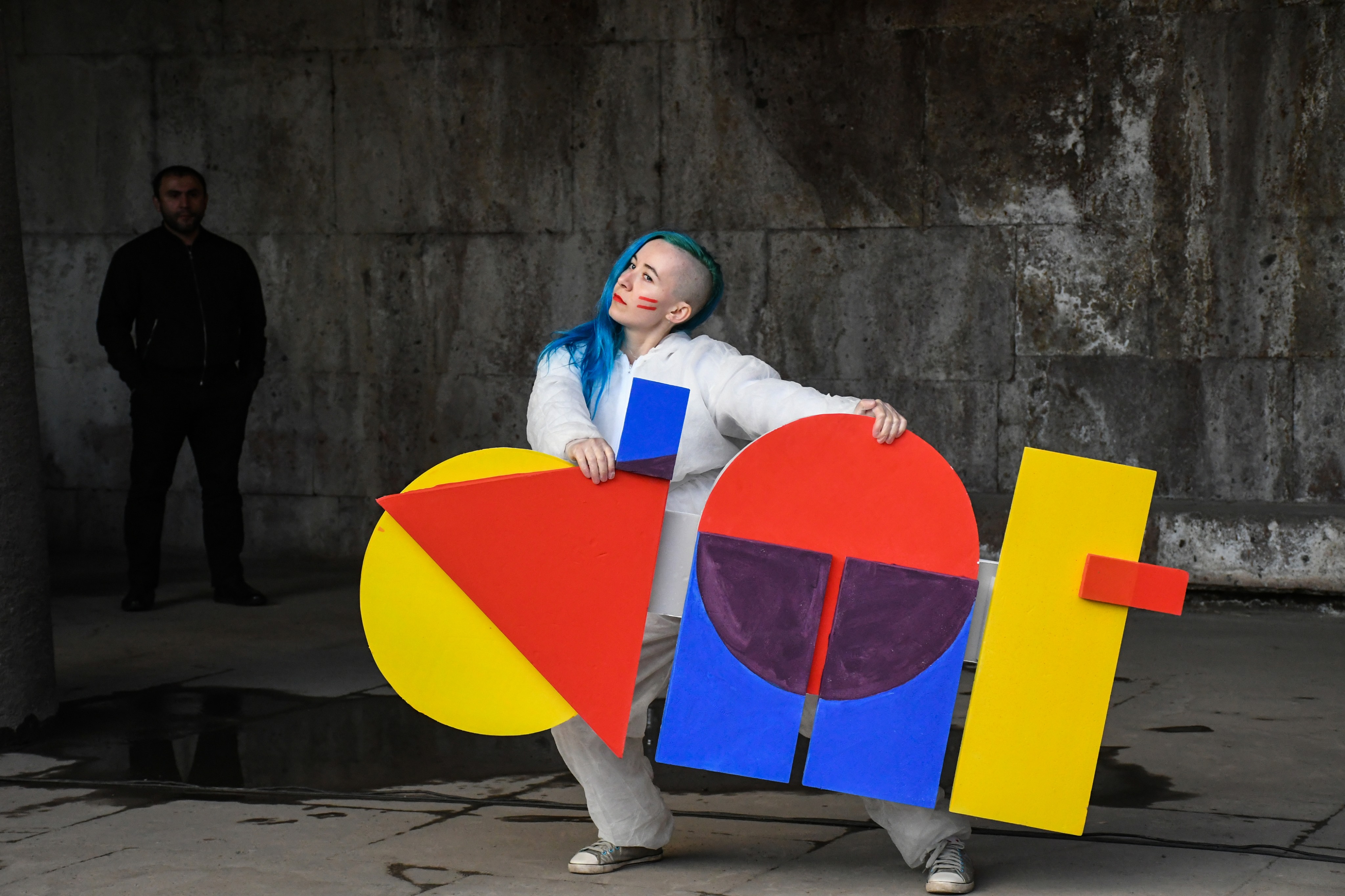 The highlight of the year was Kim Kardashian’s second visit to Armenia. She attended the WCIT Technology Conference and was baptized in the Armenian Church with her children. She got her second name, Heghine.

She did a lot of things, admired the Garni Temple, took photos with people, chose different outfits for photos, had formal meetings.

And she shared all this with her millions of social network followers.

She told her story well. It is this very photo that Reuters International News Agency ranked as one of the best in 2019. The author is Photolure photographer Hayk Baghdasaryan.

The Christmas tree and city authorities

And in 2019, the authorities decided to spend more – 325 million AMD – on Christmas decorations in Yerevan.

The explanation is that it is attractive for tourists and Armenians to take walks in the squares and streets and enjoy the holidays. So that there would be an alternative to gathering around the holiday table.

Whether this expense will be justified or not is difficult to say. But not everything is measured by money. It is also often measured by emotions.

And until that Happy New Year! 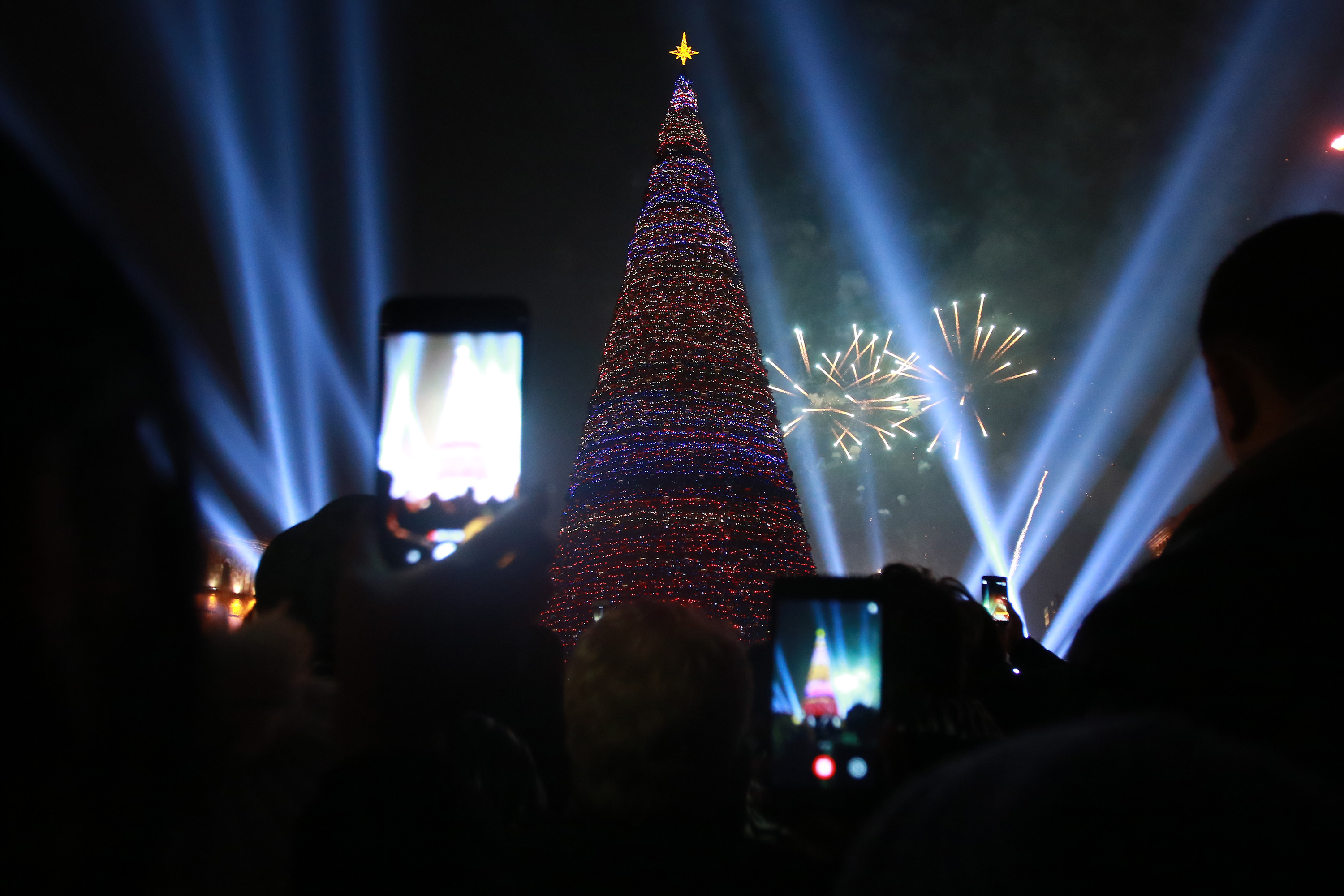