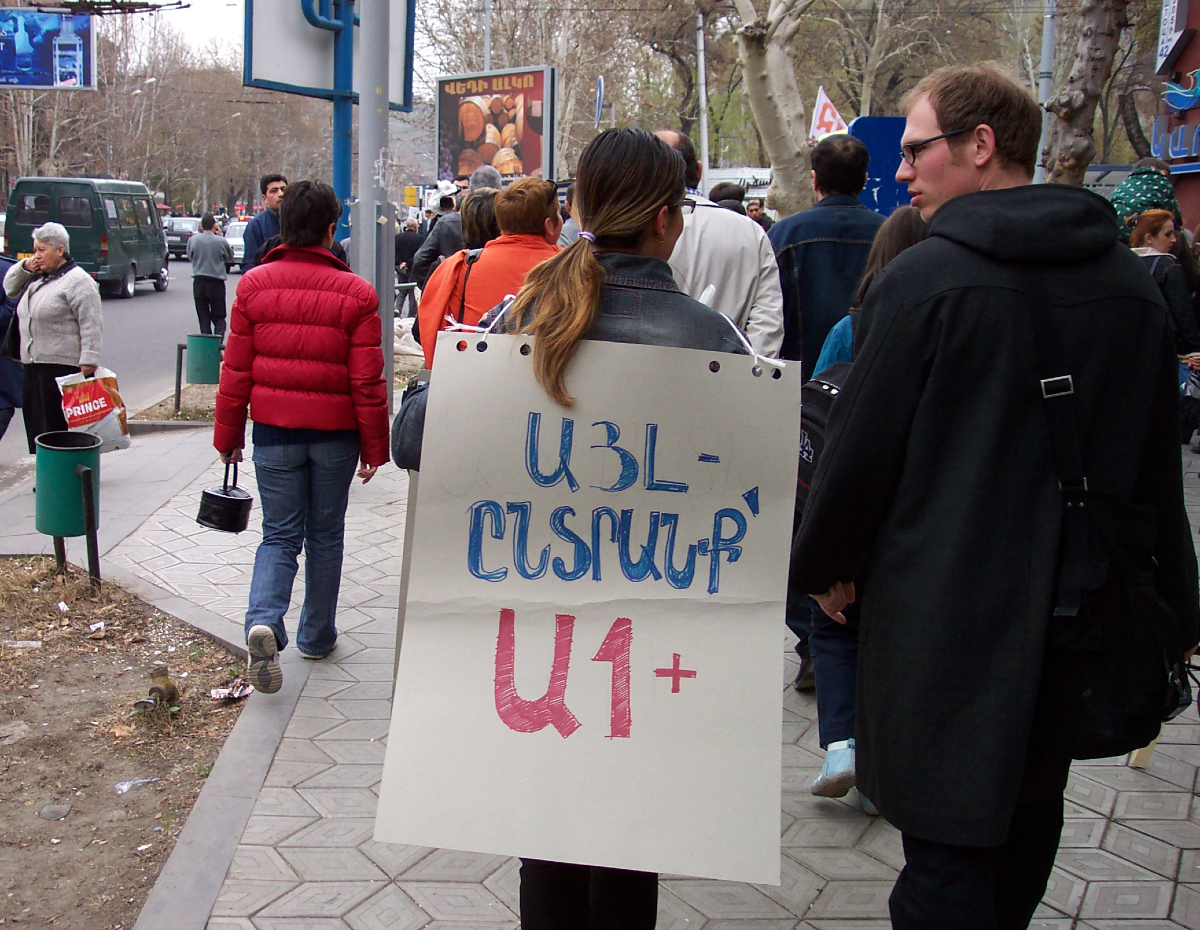 “A1 +” has filed a lawsuit today seeking to annul the previously adopted and still in force administrative acts that violated the right of the TV company in 2002 and after. Media.am was informed about it in more detail by lawyer David Asatryan.

In 2002, by the decision of the National Commission on Television and Radio, A1+ was deprived of its frequency. Since 2003, the TV company has also lost in the 7 contests announced by the NCTR. The steps to appeal these rulings to the domestic courts did not work.

A1+ founder Mesrop Movsesyan and lawyers Ara Ghazaryan and David Asatryan announced the launch of the legal process at the joint press conference recently.

According to Mesrop Movsesyan, the previous authorities have violated their rights for 17 years and have deprived them of television broadcasting.

In 2008, only the European Court of Human Rights recorded a violation of the rights of the TV company and obliged the Republic of Armenia to provide the owner of “A1+,” the “Meltex” company, 30,000 euros in compensation for non-pecuniary damage and legal costs.

Advocate Ara Ghazaryan says that A1+ received compensation for the violation of the European Convention and that their aim was to register those rights violations in domestic courts.

“Everyone knows that A1+ has been discriminated against, but so far it has not received fair compensation. Even if they give us a license now, that wouldn’t be fair compensation,” said Ara Ghazaryan.

According to the lawyer, the first step is the abolition of administrative acts that have come into force. The second step should be to register the violations of A1+ rights via new judicial acts, followed by a claim for financial compensation.

It is not clear yet how much compensation they will require. According to Mesrop Movsesyan, it has not been calculated yet.

The respondent is the government, which will decide how to satisfy that compensation.

Mesrop Movsesyan thinks there is a high likelihood of restoration of justice now, as “the power has changed and the courts are not working at the behest of the authorities.”

The TV company is going to take part in the upcoming telecommunication competition. True, over the past 17 years the company has suffered major losses, including technical ones, but, according to Mesrop Movsesyan, “A1+” ‘s opportunities allow them to take part in the competition and compete with other companies.