Media Consumers And Consumption Patterns In A New Research 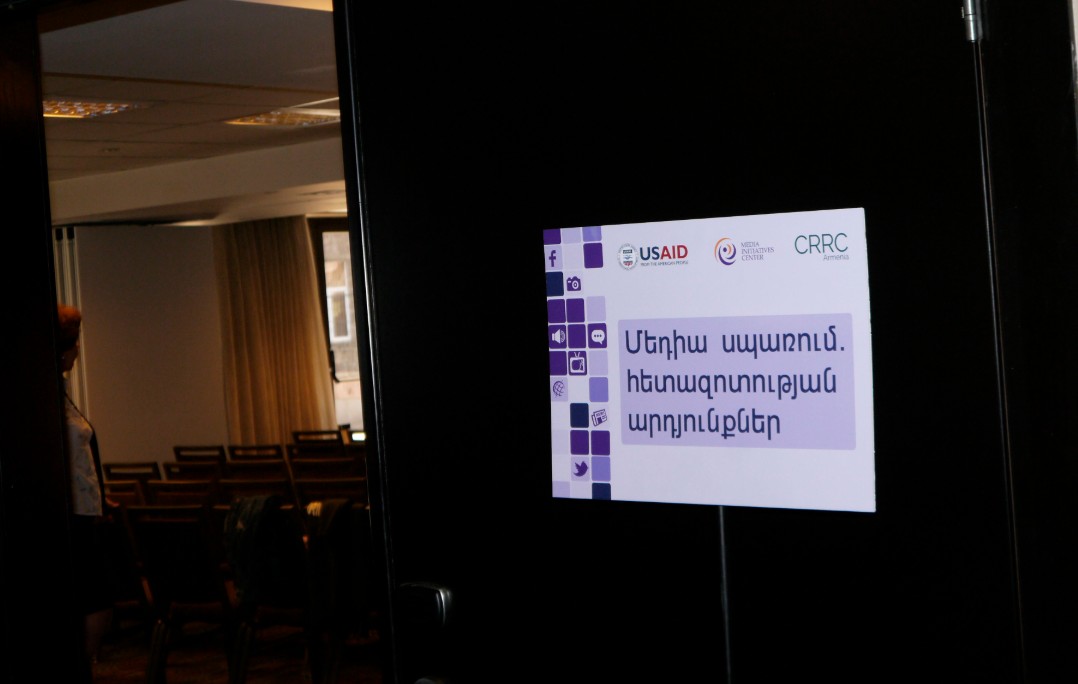 A new study on media consumption has been conducted in Armenia. Surveys in Yerevan and in the regions have shown that television remains the most consumed source of information in Armenia. In 2019, however, the level of information received on television has declined compared to previous years.

The research was conducted by the Media Initiatives Center (MIC) and the Caucasus Research Resource Center (CRRC).

1200 citizens participated in a poll conducted in May-June 2019. Similar surveys were also conducted in 2015 and 2017 and have been an in-house tool for MIC.

Combining data from different years has allowed us to get a fuller picture of the consumption of the media, to see the dynamics of several years. Also, take into account political change and public expectations.

“There was a need for such research in the field, I think it will be used, will raise questions and become a source of new research,” said Nune Sargsyan, Executive Director of the Media Initiatives Center.

She considers it important that through this research, for the first time in Armenia, an attempt was made to find out the citizen’s knowledge of media literacy as a baseline survey.

CRRC Executive Director Sona Balasanyan says the society is self-describing through the media.

“By researching the media, we understand how society sees itself. It is important that we present the results of various years of research, in that sense, we are able to validate the data.”

According to Balasanyan, the problem is the perception of the public media because the public perceives the media differently, has different memories and ratings, which are often completely different from those of media experts.

The main findings of the study, in numbers

“Sources of Information for Citizens” is the first part of the survey.

According to the survey, the second most consumed source of information in Armenia is social networks and the Internet as a whole. Their use has become massive in recent years. Television is still in the first place.

Internet usage has risen from 30% in 2015 to 57% in 2019. 17% of Internet users get online news from their original websites and 83% get it from social media. The majority of respondents, 55%, responded that they do not read the news on the Internet.

According to the survey participants, the most frequently visited sites are News.am, Azatutyun.am, Shamshyan.com and Tert.am.

31% of respondents search the web to check suspicious information, 26% search for articles related to the topic on websites they trust.

34% of respondents never check the links in the materials.

Publicly-owned and local radio stations enjoy the highest public trust, though their audiences are small.

The third part of the study examines the coverage of reforms.

Surveys have shown that the number of people interested in reforms in 2019 has increased compared to 2015.

Regarding the ongoing reforms, respondents are mainly informed by television, Internet resources and radio.

This sociological survey is a tool that helps to understand the general attitude of the public towards the media field and issues.

For example, seeing that trust in online resources has decreased in 2019 compared to 2015, it can be concluded that trust is now the most expensive product in the media field.