By Saying “I Am The Media,” Students Are Looking For A Virtual Identity 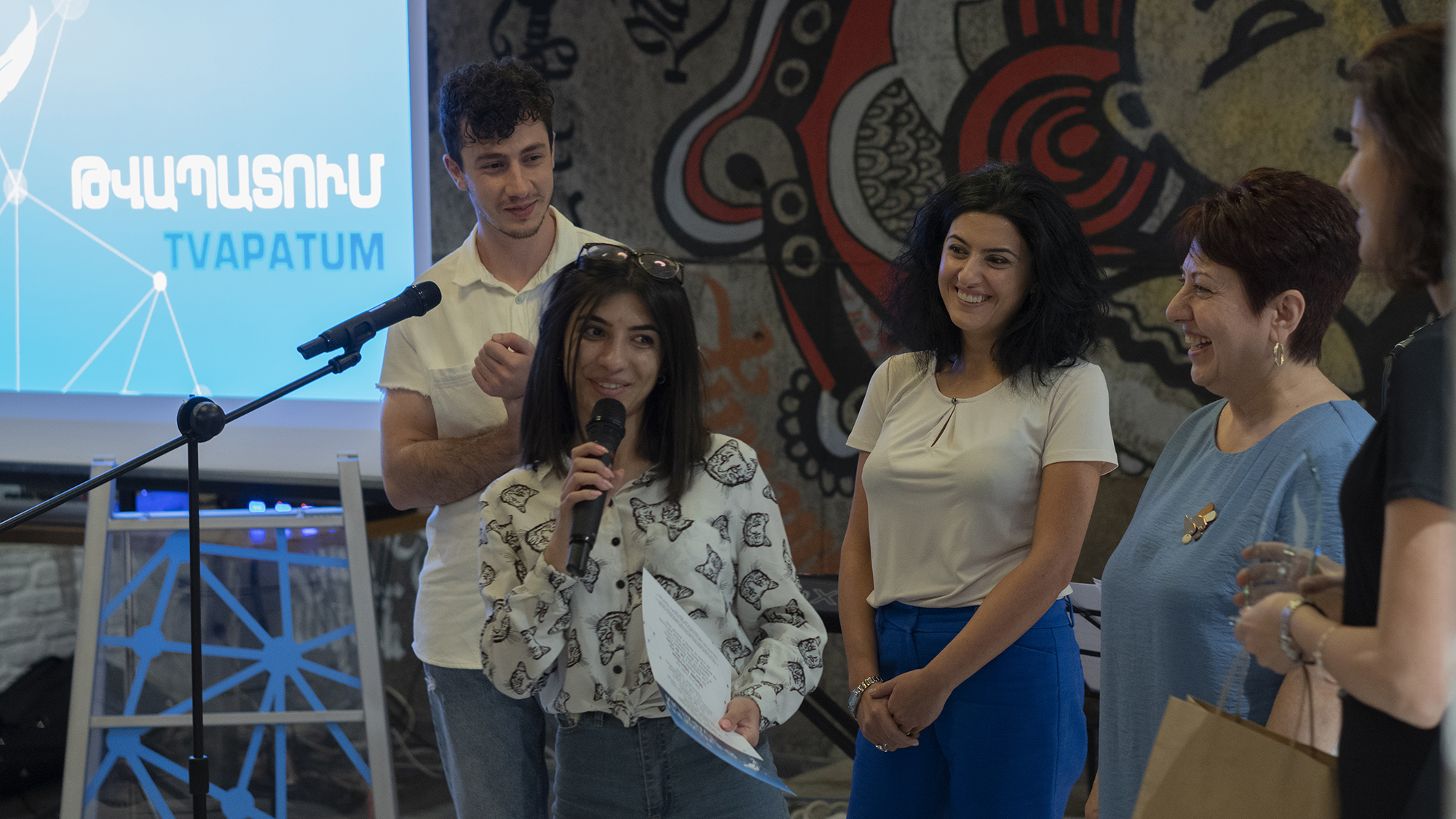 The winners of this year’s “I Am The Media” Student Contest talk about real and virtual identity, on-screen and off-screen emotions, fake news, headphones and the internet in their essays.

Using personal examples, they have shown the creation and motivation of the fake news agenda.

The jury selected the most impressive texts, the authors of which received diplomas and awards.

“It was an interesting experience for me to read works that were very different in terms of topics and presentation. The humor and intellect of the participant are very evident,” said jury member, video blogger Hayk Mkrtchyan.

Another member of the jury, lecturer and journalist Lilik Stepanyan in her speech urged the students and everyone to be careful with the Armenian language as it is a professional tool for all of us.

Journalist Arpi Harutyunyan has been on the “I Am The Media” Jury twice and noticed that students are becoming bolder in expressing their thoughts. 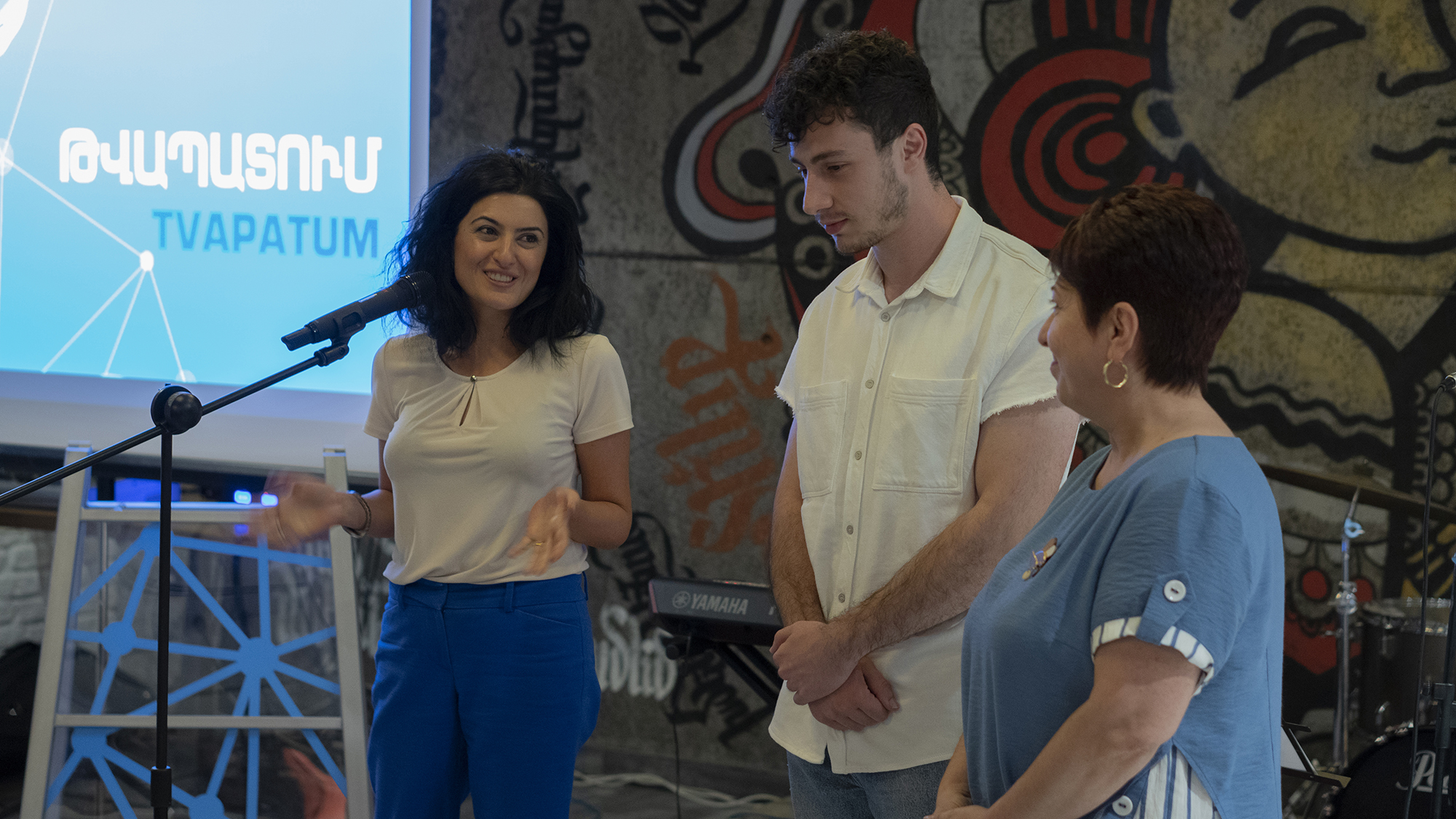 “They say something that the public may not perceive, but they are not afraid to speak out, which I liked. This year’s students also had a good understanding of media literacy, compared to previous years, ”Arpi said.

Sona Mkrtchyan, the winner of the first prize, told a fascinating story in a fascinating format and, keeping the reader on edge, forces them to follow the story until the end of the essay, where she confesses the truth.

Sona studies at YSU Faculty of Informatics and Applied Mathematics and applied to the competition by accident. She read the announcement of the competition, wrote the text and sent it to the jury.

This is how Sona explained the purpose of spreading false information in her essay:

“A lie can be large-scale, interstate, as we are now witnessing in the Russian-Ukrainian press. On both sides, when one or more photos are presented as the current situation, the comments of famous people are distorted and used, and all this has its purpose, and your energy is used for these purposes.”

For the Second Prize winner, Avetis Harutyunyan, YSLU Student of English and Journalism, media is his headset by which he listens to the news of the day at work, pauses, sends a message to friends, listens to the latest issue of his favorite podcast, or another audio on his way home. 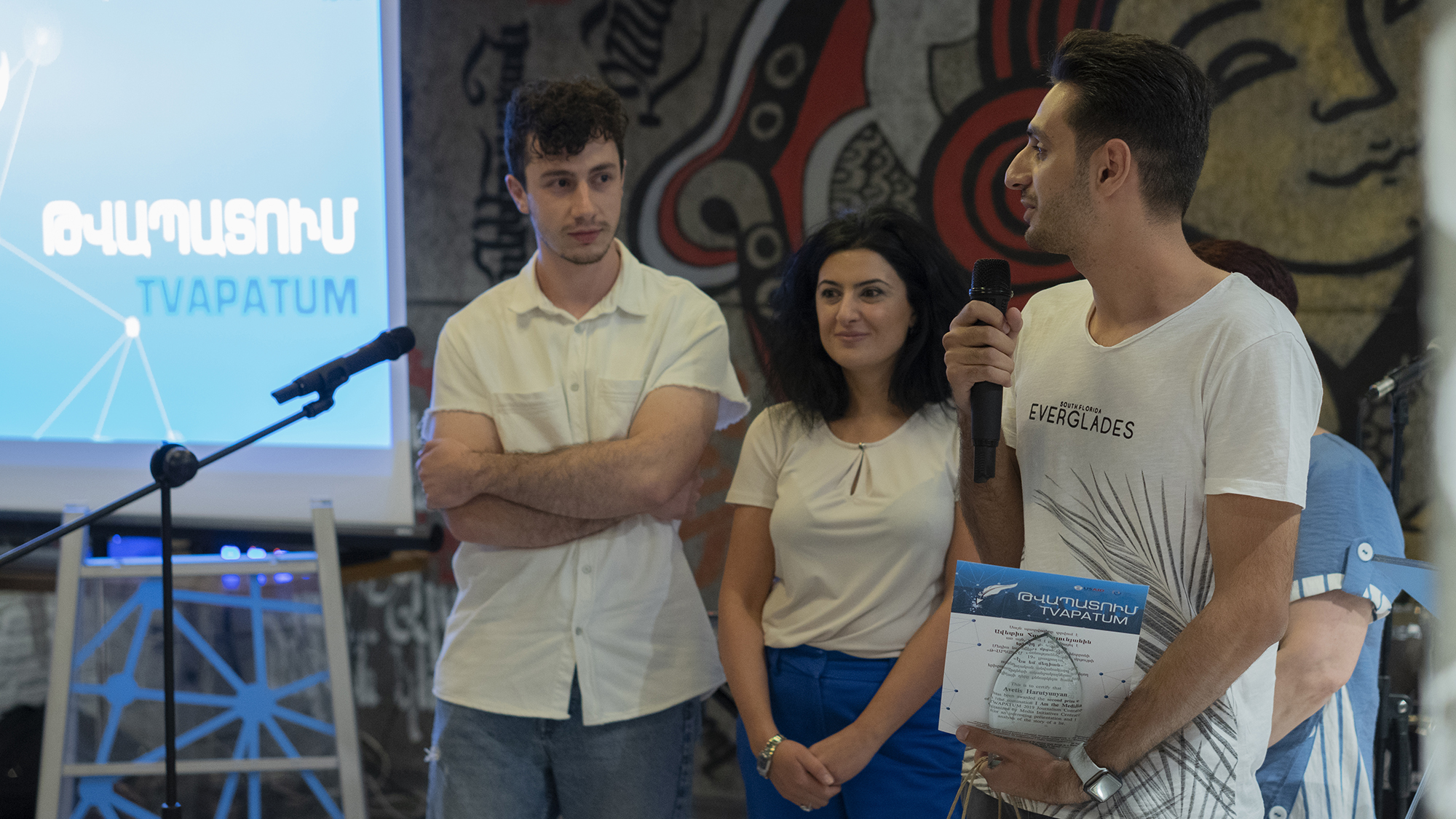 “Throughout that time, the media has been in your headphones, in your ears, in your head, in your brain, in the deepest part of your identity,” says Avetis.

According to him, this way you save time, get a lot of information and interesting content.

Mariam Mkrtchyan is a student at YSU Faculty of Journalism and has been receiving various “I Am The Media” awards for three consecutive years. This year she received the third prize.

She promises that she has applied for the last time.

“Every year, applying to the competition, I summarize my experience in journalism, show my feelings about the actual work and the response of people. It looks like I’m in two different worlds: real and virtual and I’ve been honest about it in my essay.”

She said that the virtual has changed the world, and if we approach it philosophically, it has changed its essence.

“It has set crooked mirrors between us and ourselves and placed us in the middle of them so that we can see ourselves clearly, on all sides, the contradictions that are encountered. In virtual life, we satisfy ourselves by putting what we want in the place of reality, then get surprised when they tell us that we are different in our virtual life.”

Lilit Balabekyan, a student of art management at Yerevan State Institute of Theater and Cinema wrote in her essay on how her life changed after acquiring a netbook and internet modem.

Susanna Ghazoyan, a student of English and Communication at the American University of Armenia, wrote about people’s identities in social networks.

“Now we are almost close to each other, thanks to the internet and social media, because there we find the ‘self’ we would like to be and which is more realistic than the ‘self’ of our real life,” Susanna concludes.

Lilit and Susanna received encouraging gifts. Contest winners will soon be published on the Media.am website.