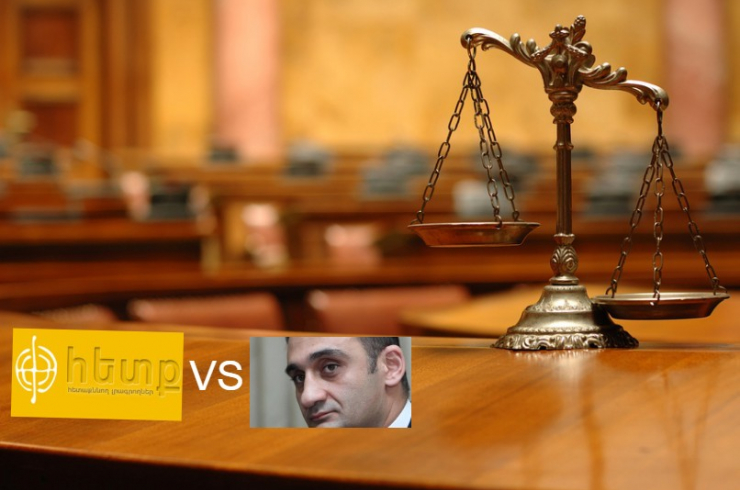 Former State Revenue Committee (SRC) Chairman Vardan Harutyunyan has filed a lawsuit against Hetq. The former official says that the media outlet disseminated slanderous information in the article, “Cash registers were obtained at a higher price as a result of a secret government decision: a criminal case was launched.”

Through the court, Harutyunyan demands that Hetq refutes the information, publish a response and pay a fine of 1 AMD as compensation.

The topic of Hetq’s journalistic investigation had previously been to reveal the SRC’s acquisition of expensive cash registers.

“This lawsuit was surprising and unexpected as it has been months since the publications. As the criminal case began and the process gained new momentum, they decided to start self-defense. In the August 7 report, we simply reminded about previously published information, ”said co-author of the investigation Diana Ghazaryan.

The media has been studying the process connected with the new generation cash registers for several months and has applied to the SRC for information. The agency declined to provide any information, stating that the contracts are confidential and not subject to disclosure. Moreover, their publication could have grave consequences for Armenia’s security.

Having exhausted all other sources of public information, Hetq applied to the court.

Subsequently, the topic was in the spotlight and other publications were made by the media outlet.

Subsequently, the court obliged the SRC to provide copies of all cash register contracts, closing the information that was considered confidential.

But the former SRC president only went to court when the media outlet showed how former high-ranking officials and their affiliates contracted and made such an expensive purchase for the state.

Furthermore, the press release issued by the SRC that the purchase was an obviously unprofitable transaction for the Republic of Armenia became the reason for this article.