The Child’s Best Interest Or The Need For News 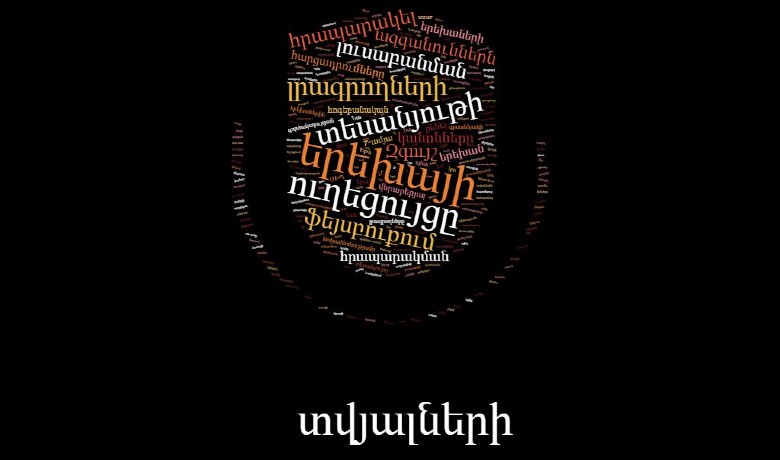 After a tragic accident on the Zod Bridge in the Ararat Province on July 6, another accident took place, where the victims of the accident also included children, however, Zod’s case was unique because the video of the victim was spread on the internet.

An interview with a 7-year-old girl who was a victim of the accident was published by several media outlets. It was a topic for discussion on Facebook for days. Some of the most active commentators were under the Minister of Health’s spokeswoman, Alina Nikoghosyan’s post.

The speaker expressed her concern about the interview with the child who was affected by the accident and how her personal data was published, which is unacceptable of journalists.

The interview took place in the hospital and Alina Nikoghosyan confesses that the interview with the child was made possible as a result of the failure of medical staff. However,  Alina Nikoghosyan says that the journalists’ questions were more incomprehensible to her. On the day of the accident, she was receiving phone calls not with questions about the conditions of the survivors but they wanted to know their names and where they were located.

“I said that I could not publicize their personal information, but that I could talk about their situation. Then I saw several journalists chatting with a 7-year-old-girl in one of the hospitals. The girl who had just seen burned bodies 3-4 hours earlier. I believe it is a form of psychological abuse towards a child. And it is not clear what kind of mental state she was in at that moment,” the spokesman for the minister said.

In her opinion, in such cases, the journalist themselves should refuse to film the child. The whole problem, according to her, lays in going to the child at that moment and asking her questions. “What pleasure is there in a 7-year-old girl talking about how she has seen burned corpses? Frankly, I do not understand.”

Eduard Israyelyan, the head of the Department for the Protection of Children’s Rights at the Human Rights Defender’s Office (Ombudsman).

He says that the media should avoid mentioning the name of the child or showing their face in an interview. Especially as “the child was taken to the hospital immediately after such a horrible incident and the journalists went there to interview the child.”

“No one knew what psychological condition the child was in. True, the wounds were not so great on the outside, but the child could have psychological problems. But if the media found that it was necessary for the child to share what she had seen, they would not need to name her name and would have closed her face. Maybe after asking all those questions, the child was left in a worse situation, something that has happened before,” said Eduard Israelyan.

He calls on the media to observe the rules for covering children’s issues. If for some reason it is not possible to do so, it is necessary to clearly estimate what effect the program may have on the child in the future.

Eduard Israyelyan recalls that journalists can find out more about the coverage of children’s issues from the Human Rights Defender’s Office and the United Nations Children’s Fund (UNICEF) joint initiative.

The video of the 7-year-old child has not been a subject of investigation at the Ministry of Justice’s Personal Protection Agency.

According to the head of the agency Gevorg Hayrapetyan, they were not addressed regarding this issue and cannot consider it on their own initiative as it deals with someone’s personal data. The person themselves need to decide to publish his or her own data. And as per the initiative of the agency, cases are examined which either concern an indefinite number of people or everyone or a circumstance.

“I cannot say anything about this particular case. If we have not examined it, we cannot clearly state whether there is a violation or not,” said Gevorg Hayrapetyan.

He adds that the publication of personal data by the media is the focus of the agency. From 2016, an advisory decision has been made on publishing the personal data of children, followed by a Guidance on the Protection of Children’s Privacy, a section of which refers to media coverage. In February of this year, they developed another guide called “Be Careful They Are Children.” All guidelines are available here.