“Political Will Is Needed To Protect Media Freedom” 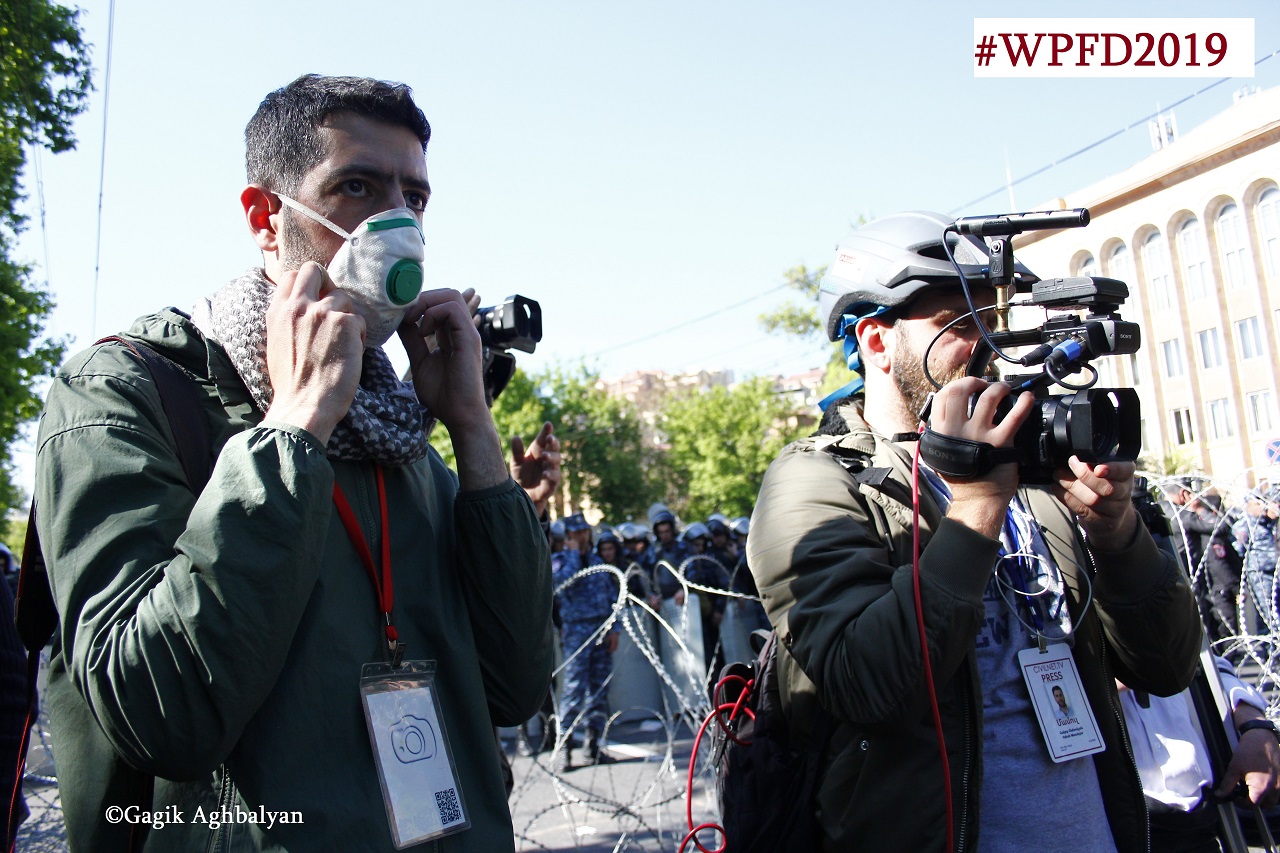 The Day of Freedom of the Press is a day to highlight media sector employees and to talk about problems in the field.

Today, on May 3, is proclaimed as World Press Freedom Day by the United Nations, which reminds the world that free press is one of the foundations of democracy.

The posts on social media related to this day are accompanied by #WPF2019 #WorldPressFreedomDay, #FreeSpeech and other hashtags.

UN Secretary-General Antonio Guterres has released a message saying that no democracy is complete without transparent and reliable information. “It is the cornerstone for building fair and impartial institutions, holding leaders accountable and speaking truth to power.”

The UN, together with UNESCO, will hold an event dedicated to the freedom of media in Ethiopia, “Media for Democracy: Journalism and Elections in the Period of Misinformation.”

The main focus of the discussions will be the challenges facing the media during elections as well as their potential to support peace and reconciliation.

Human Rights Commissioner of the Council of Europe Dunya Miyatovich has also issued a statement on the occasion. In his address, he spoke about the problems in the press and identified solutions.

“The freedom and security of journalists in Europe have reached an alarming point. The murder of investigative journalist  Lyra McKee and the violence and intimidation against journalists covering demonstrations in some European countries are recent patterns that how that the state of the press of freedom in Europe is getting worse,” he said.

The crimes committed against journalists, which remain unpunished, are worrying.

Dunya Miyatovich said, “more political will is needed to eliminate disturbing trends than measures. Member States must fully implement the criteria they have adopted.”

But first of all, it is important to change the existing political discourse, which often presents the press as being an enemy. Political leaders, decision-makers, influential people should avoid directing hostile speech towards journalists and taking actions against them.”

Antonio Guterres reminded that without free press, “it is impossible to create fair and impartial institutions, holding leaders accountable and speaking truth to power.”

“Free and safe press emphasizes democracy, the rule of law, and human rights that cannot exist without journalists covering abuse, informing citizens that they control the authorities.

Press freedom provides our freedoms and rights. The smaller the freedom and diversity of the press, the more the democratization of our society will decline.

It’s time for political leaders to put more efforts to protect the media,” Dunya Miyatovich said in her address.

On his Facebook page, RA Prime Minister Nikol Pashinyan congratulated everyone on Freedom of the Press Day, noting that freedom of the press is one of the most important values we have today in Armenia.

He has addressed not only journalists but also the audience, who is equally interested in having a free and diverse media environment.

“And we should preserve and develop that value,” said the former journalist and editor, Pashinyan.