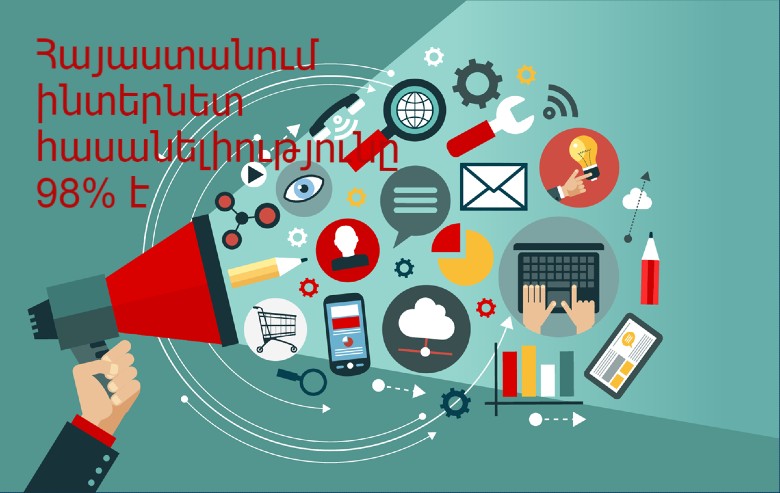 In 2018 the number of Internet users in Armenia were 2 million 893 thousand 964, which is about 98% of the population. In the reference provided by the Minister of Transport, Communication and Information Technologies, it is noted that this statistic is based on the population of Armenia aged 10-74, based on the data of the Statistical Committee, the current household coefficient calculated for the given year.

For comparison, in 2016, 64.2% of the population had access to the Internet. The growth in 2017 has been maintained and the number of Internet users has exceeded 2.5 million and made up about 70% of the population.

According to the information provided by the Public Services Regulatory Commission, the number of broadband Internet users in the total number of Internet subscribers was 348,099 or 12% of the total.