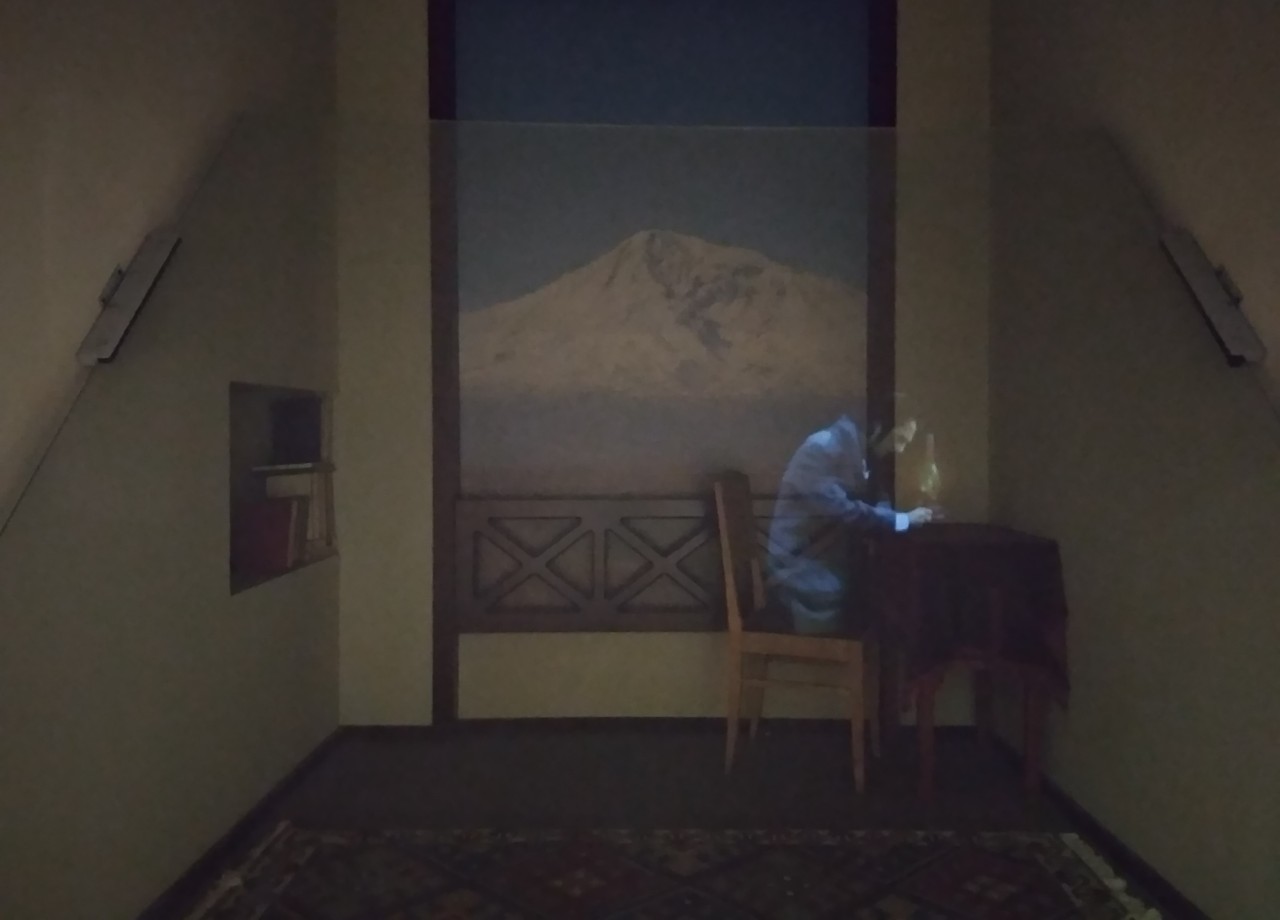 Mount Ararat and Komitasian music under the sounds of which Khatchadour Abovyan is dressed in his office, walking in the room, talking and directing his gaze towards Ararat.

The next stop of the “Interactive Museums” series is the Armenian State Pedagogical University after Khatchadour Abovyan. On November 19, 2012, on the occasion of the 90th anniversary of the University, the main exhibition of the ASPU Museum was opened, and four years later, interactive innovation was used here.

In collaboration with its partner organizations, the museum has made a three-dimensional model of Khatchadour Abovyan and one of the schoolchildren who once visited noticed, the missing writer had been “found and brought over.” Museum director Alvard Grigoryan said, “I thought, can we let the children reach the most important thing? One of the children visiting the museum, seeing Abovyan’s three-dimensional model, turned and said to the teacher, ‘You said that Abovyan was lost, see, they have found him and brought him!’”

Alvard Grigoryan says that during the modeling, difficulties came up when trying to choose the actor to embody Abovyan. As it is known, in literature textbooks, there is no image of Abovyan, but rather of his sister. Some of the visitors seem to think that the man pictured is not quite like Abovyan. Not many are aware that a painting was preserved in the Charents Museum of Literature and Art by a German friend of the writer. This is what helped the museum to move forward when we were deciding which actor would embody Abovyan.

“I knew there was a picture made during Abovyan’s lifetime. I studied it when choosing an actor. Sometimes visitors say that there is no resemblance. I ask, to whom? They answer, to Abovyan. I say, have you seen him?” said the director of the museum.

There is also an audio guide in the ASPU Museum. The museum is registered in the izi.travel app. Among visitors, there are also foreigners. Since the university is located in the center of Yerevan on the crossroads of Khanjyan and Tigran Mets, tourists get notified by izi.travel when they walk past the building about a museum being nearby.

The “found” Abovyan has created additional interest not only towards the museum but also towards the university. After the show, visitors are directed to the house-museum in Kanaker.

To read more on this topic check out: