Errors Have No Expiration Date: Tatul Hakobyan, About A Journalist’s “Shame” 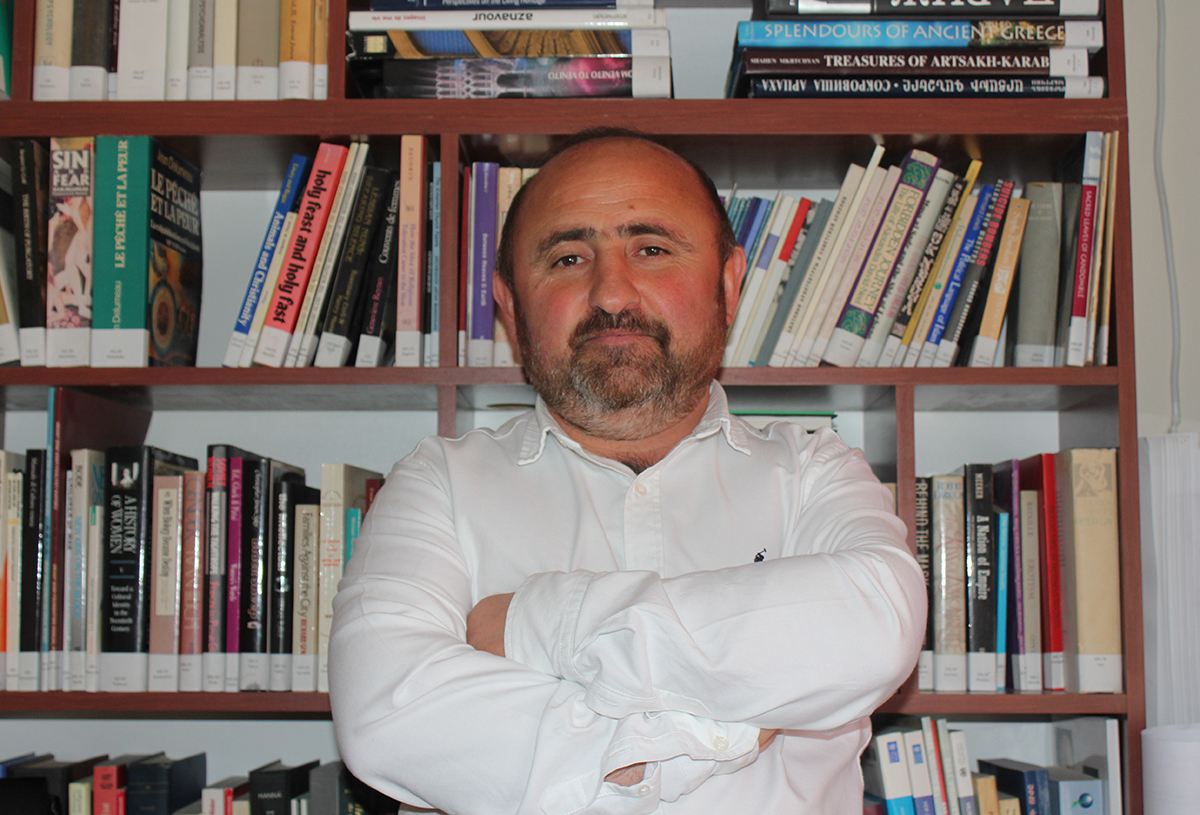 “The principles of journalism are extremely important. But there is one principle that you cannot write, that is the internal responsibility and conscience of a person. You can write a thousand wrong things, but a thousand are independent of your will. For example, someone gives an announcement that 25 years ago he fought for the sake of his homeland in Artsakh. You are in the square, but then it turns out that that was a lie. Without meaning to, you are spreading a lie. Most importantly, you are not doing so intentionally,” said the journalist Tatul Hakobyan.

The reason for the conversation was a mistake that was made by the journalist 3 years ago, about which Hakobyan only learned about now, publicly.

In an article titled “Inaccuracies in Serzh Sargsyan’s Biography” published on AniArc’s April 18, 2016,  Tatul Hakobyan wrote that the third president of Armenia hid the fact that he was a member of the Aghdam municipal committee. As proof of what he says, Hakobyan had published a communist ticket with Serzh Sargsyan’s photo which fell into his hands.

Three years later, it turned out that the picture of the ticket was falsified. Tatul Hakobyan immediately removed AniArc’s image of the ticket and published the error on the site, apologizing to both readers and Serzh Sargsyan.

Tatul Hakobyan is a research journalist and has noticed how presidents’ biographies are changed from appointment to appointment. Serzh Sargsyan’s biography is periodically corroborated or attributed on behalf of himself. And since Sargysan’s biography during the years of 1980-1983 were left empty in all places, Tatul Hakobyan supposed that the photo he had at his disposal was real. Especially since Sargsyan did not deny it afterward.

By checking the photo on the website Tineye, we can find that the supposed photo of Serzh Sargsyan’s committee ticket first came into circulation in 2013 December 3, on the Azerbaijani website vesti.az. The website is no longer in operation. Later, in 2016, the Azerbaijani’s managed to undermine the Armenian information field, and in fact, reached their goal in disorienting it.

There are several duplicates of ticket owned by Serzh Sargsyan on the internet, with the same signatures and information but with the photos of other people. When trying to verify the authenticity of a citizen’s ticket with Russian data, that “Aghdamian” ticket pops up as a result. That is to say, the system identifies the two, which means that the same ticket is used but with different photos.

Researchers Emil Sanamyan had discovered that the photo is fake.

“This case taught me that I should never guess. You should always check. There is a great likelihood of being mistaken in this information flow,” Tatul Hakobyan said.

He thinks that nowadays every piece of information should be checked and then published. As an example, he brings up his Yoga instructor, Apres Zohrabyan’s Facebook post, where he was allegedly appointed as an Armenian ambassador to India, which the media published at once as being the truth. “I also wanted to publish it, but then it turned out that Zohrabyan’s post was a joke. If I write now that I have been appointed the head of any Department of the Ministry of Diaspora, many will announce it without clarifying it. Perhaps three years ago, I should have asked the presidential office whether Serzh Sargsyan was a member of the Aghdam City Committee in 1982 or not,” said Tatul Hakobyan.

In his conviction, the factual errors in journalism do not have an expiration date. “I read press from a hundred years ago on a daily basis. Every day I face factual mistakes. Some of them are made intentionally, others are accidental. But even the mistakes of a hundred years ago should be corrected so that they do not become mistakes in history. Journalists bear historical responsibility. Our daily news is important today and one hundred years later. One can open and read 100 years later the reasons we have won or lost for, The mistakes that are factual must be revised.”

Babken Ararktsyan and the journalist’s mistake

Tatul Hakobyan was shocked and embarrassed when he learned that in Azg daily, allegations had been made in his article about Babken Araktsyan, the former parliament speaker, which was not only a mistake but also discredited the official.

“In the early 2000s, Ararktsyan was no longer in government and gave a press conference. Judging from his speech and appearance, it seemed to me that Ararktsyan was drunk. I was working at Azg daily and wrote that Ararktsyan had come to a press conference drunk. No one responded, no one denied it. Years later, on one occasion, I called Ararktsyan to find answers to some questions about his tenure. He told me, you’re a liar and you’ve spread false news. I was surprised. I asked, what did I say? I learned that he had very strong headaches, presented with high blood pressure and that in order to respect the work of journalists he did not want to cancel the press conference. I apologized on the spot, but it’s still too small. Perhaps 100 years later, any investigator will talk about the first Armenian MPs and read my article, according to which Babken Ararktsyan gave a press conference when drunk,” said Hakobyan.

Now being a correspondent of Aravot, Hakobyan published an explanation in the newspaper. Azg daily in its turn criticized the journalist, saying that he ought to have apologized through Azg, not on Aravot.

“If you criticize someone every other day, you must be ready for criticism. The journalist is awakened by such cases,” Tatuk Hakobyan said.