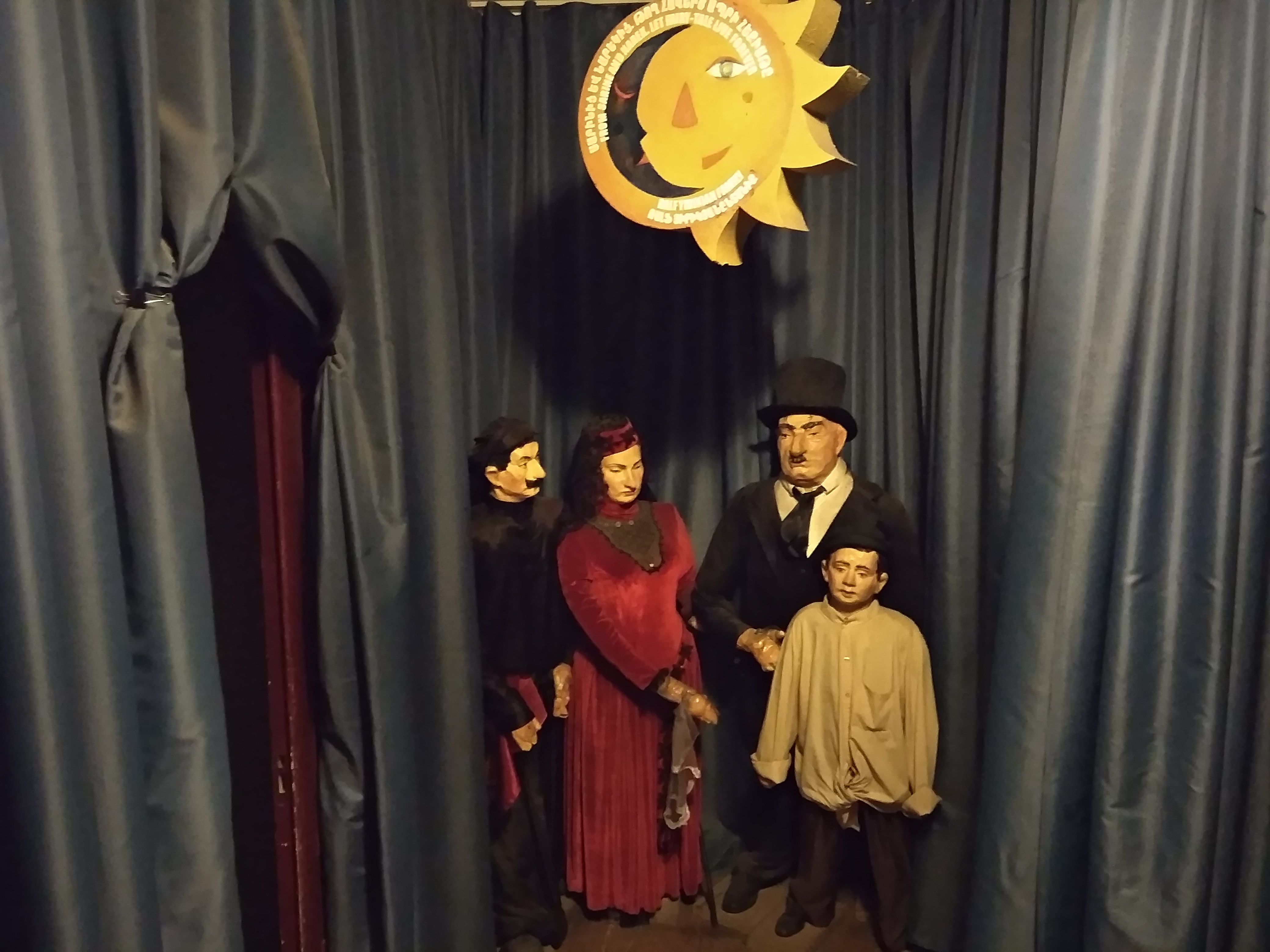 Hovhannes Tumanyan’s Yerevan Museum has long been applying innovations based on the works of the well-known writer. For the first time in Armenia, three-dimensional multimedia modeling has been used here. The “Illusion of Vernatun” corner is the visitors’ favorite part of the museum. Here, you can see Tumanyan’s three-dimensional image walking in one of the halls of Vernatun, reading a newspaper.

The director of the museum, Ani Yeghiazaryan says that the animation which was created in 2012, has increased the number of visitors every year. “When people call for registration, the first thing they want to see is the ‘Illusion.’ They ask if it is working because there was a period of time that there were technical difficulties and the “Illusion” display was interrupted. On such days, we feel that there is a great gap of visitors to the museum. They themselves confess. Many people just come to see that part again and go.”

Tumanyan’s creative legacy implies endless ides. The museum publishes postcards, handmade books, children’s games, decorative items and more. All of these are attractive and are animated and interactive compositions in their own way.

You can download the Toumanian Mueseum Ar/Vr app to your mobile phone, which gives you the opportunity to discover the world of Tumanyan. If you connect the app and your phone’s camera to Tumanyan’s wife, Olga’s portrait in the museum, the portrait will become an entire album, and you can look at Olga’s photos from different years under the sound of Komitas’ music.

Through the AR/VR app, you will see David of Sassoun and he will ride his Kurkik Jalali. To do that you simply have to direct the phone camera to the appropriate corner of the museum.

The “Kingdom of Shadows” is also found in the cartoon hall. The special device reflects the shadows of people on the wall, but in the form of animal shadows. According to the physical data of the human, the device can illustrate you in the form of a rooster, a dog or a cat. The shadow animal also corresponds to any human movement.

“The life of the museum will go forward very slowly if we do not turn to innovations. After all these investments, people are still waiting for new ideas. We need to take steps according to the rest of the world. The state doesn’t provide much financial support in a year, which forces you to come up with new ideas. And when you invest, the money is returned to the museum in a short period of time,” said Ani Yeghiazaryan.

The 2D animated cartoon about Tumayan is at its final stage. The film will talk about the difficult periods of the writer’s life, in a way that is as accessible to children as possible, with imagery games. The work was launched last year, and most likely, the film will be presented to museum visitors in the month of April.

The museum plans to implement an animation project of Tumanyan’s children’s poems. This will be done jointly with children from the animation genre, the authors will be selected as a result of a competition.