How Will The New TV And Radio Council President Be Elected? 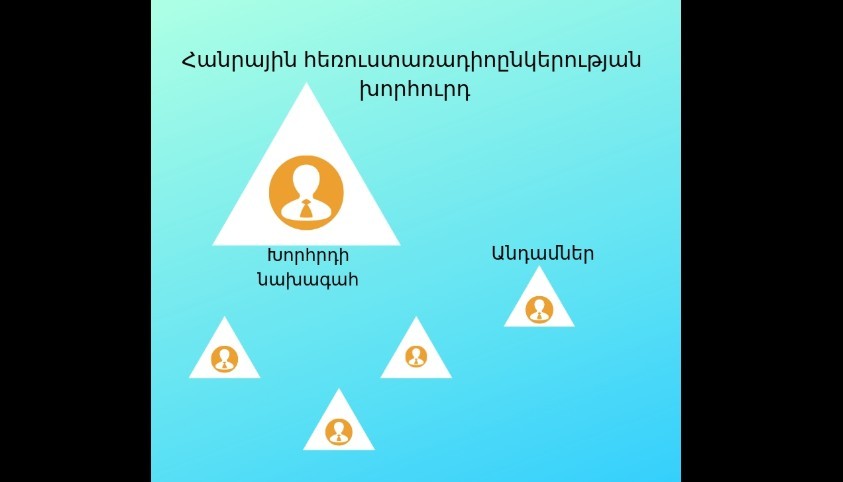 March 1 marks the appointment of Ruben Jaghinyan as the Chairman of the Board of the Public Television and Radio Company. He led the board for six years. The tender commission is going to elect  new member of the board in the coming days. Later, the new president of the council will be elected by a majority vote of the board members.

Members of the Public Television and Radio Council, according to the law, should be journalists, experts in television and radio broadcasting, prominent figures in science, culture and art, as well as representatives of non-governmental organizations.

The Competition Commission will place a vacancy announcement on the official website.

The statement will include

The competition is also held when a participant applied for participation. Documents must be submitted within 10 days following the date of the statement being published. After the deadline for submitting the documents, the session will be held and the applications will be debated within 10 days. Before making a decision regarding the winner, the ender commision can interview the candidate.

At the invitation of the Commission Chairperson, TV and Radio Specialists may attend the sessions.

After making a decision on the winner of the competition, within a three-day period, the Prime Minister shall appoint them as a member of the Board.

Later, at the Council meeting, the members elect a president by a majority vote. Meetings of the Board Chairman and other issues are recorded and made public.