General Manvel, Pashinyan And Food Assessments: The Most Read In 2018 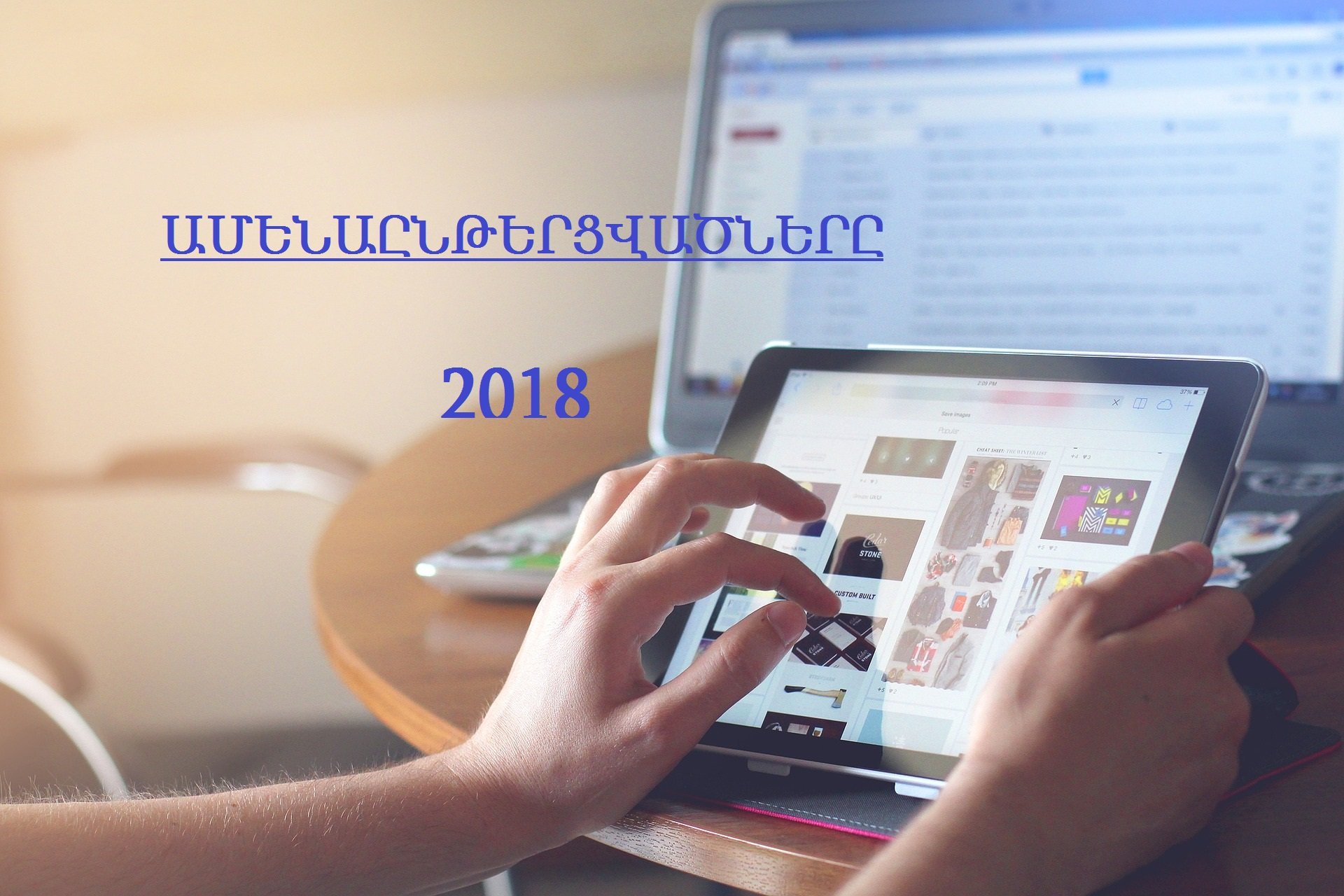 Visits to Armenian news sights during revolutionary 2018 were balance. On one hand, publications on political hot topics, on the other hand, human stories and inquiries about the quality of food.

We present data from Ampop.am, www.aravot.am, CivilNet, Hetq, News.am regarding the top 5 most viewed materials in 2018.

Taking the first place is CivilNet’s traditional yearly fails. The collection of ridiculous statements made by politicians during 2017 has been viewed on the site more than 1 million times.

In second place, a video about what happened at the Republic Square on April 22 after the meeting between Nikol Pashinyan and Serzh Sargsyan.

The video of revolution leader Nikol Pashinyan’s attempt to cross the barbed wire at Baghramyan Avenue is also in CivilNet’s top 5.

The video on the first detention of ex-president Robert Kocharyan on the website has more than 360 thousand views.

The short piece about Manvel Grigoryan’s declared property is in 5th place.

Escherichia coli bacteria, antibiotics and yeast: Out of Ten Samples Tested, Only Three Passed Inspection – hetq submitted a laboratory examination of 10 of the most common brands of sour cream in the market, of which only 3 were in compliance with the established standards.

Paying Winter Utility Bills; How Do People in Yerevan Cope? – Hetq visited 70 households in multi-apartment buildings located in eleven of Yerevan’s twelve administrative districts, to find out the ratio of utility bills to monthly winter income.

The Business Interests of Armenia’s New President: Armen Sargsyan Has Holdings in Europe, Russia, the U.S., China, India, the CIS, and Offshore – Armenia’s former Ambassador to Great Britain, who was sworn in today as Armenia’s new president, is a businessman with deep pockets and commercial holdings in Russia, Europe, the United States, various CIS countries, and in offshore zones.

Ira’s husband and the “mystical” Ira –  Mediamax visited the apartment of Ira who was made famous during the April revolution, and talked to her and her husband, Vahan Mekteryan.

Nikol Pashinyan in his own words – After the April revolution, Mediamax compiled two interviews with Nikol Pashinyan which were held with the newsletter a few years ago.

Ruben Vardanyan: Young people do not want to see oligarchs in this country – On April 24,  co-founder of the Aurora humanitarian initiative, Ruben Vardanyan and Noubar Afeyan, gave an interview to RFE/RL. Mediamax presented some portions of Ruben Vardanyan’s words.

The top five materials of Amop.am are mainly related to the revolution, the Yerevan City Council, and the extraordinary parliamentary elections.

Become a participant: 30 steps to a velvet revolution – At the end of the year, Ampop Media presented a special project; 2018: about the velvet revolution in Armenia between April and May. This interactive journalistic story presents the timeline of the revolution.

Pension fund: Securing your own old-age – Ampop touched upon the draft law “On Funded Pensions” adopted by the parliament on June 21, 2018.

The tailing dumps of Armenia: Dangers for the country and its residents – Ampop media has tried to find out the dangers of tailing dumps in Armenia, in particular on the environment and population health, through a journalistic study.

Schools without teachers: why are there so many vacancies? – An insufficient number of teachers in the Armenian general education institutions is one of the most important issues in the education sector. In some schools, some subjects are not taught.

“In Goris, girls were taken by force to the house where Manvel Grigoryan was: One of the father’s passed away from a stroke” – Human rights activist Avetik Ishkhanyan tol us what kind of atrocities were committed by the YVU during the 90s.

Karen and Arman Grigoryan had a dispute with Nazik Amiryan – After Manvel Grigoryan’s arrest, everything in Echmiadzin is a mess.  The people are throwing dinner parties, and there are serious disagreements within the Grigoryan family.

The calculation of votes in the Okhran village of Syunik marz has already been completed – The article about the results of the snap elections at one of the smaller villages of the republic has a tens of thousands of views on the Aravot website.

“Can I see my children for the last time?” The 18-year-old mother from Gyumri who left her twins, in tears – This incident in Gyumri shook the whole republic. An official from the Shirak regional administration told Aravot about the difficult social situation of the mother.

71 million AMD, 80 thousand USD, 67 thousand EUR was also found in Manvel Grigoryan property: New details have been uncovered – The NSS gives new details from the search on the property of Artsakh hero.

Serzh Sargsyan Resigned – This is probably the news of the year. Official news about Sargsyan’s resignation is one of the most read in News.am.