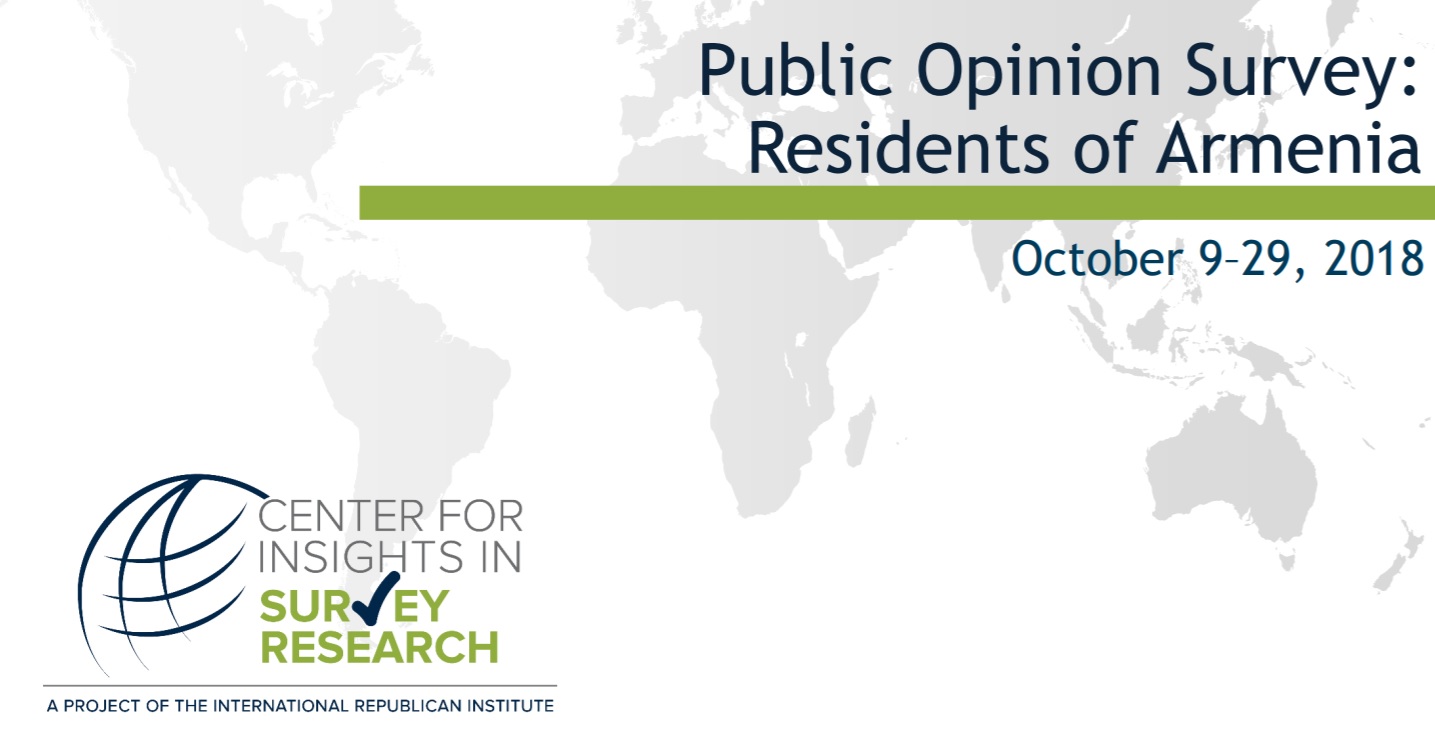 In October 2018, the International Republican Institute (IRI) conducted a survey among the Armenian population.

Respondents answered various questions about Armenia’s internal and external life, assessed the government’s activities, their attitudes and expectations, which were formed half a year after the Velvet Revolution.

IRI, a democracy development organization, conducted the survey together with the Armenian Association of Sociologists. According to the methodology, the survey was conducted face to face, in the homes of 1,200 Armenian citizens with the right to participate in the elections, between October 9-29, in Yerevan and 11 regions.

To the extremely abstract question, “Generally speaking, do you think that things in Armenia are going

in the right direction or the wrong direction?” 72% of people answered favorably and 17% did not answer.

It was also documented that 41% of the respondents considered it possible to influence important decisions made in the republic.

The media was included in a question regarding the work of different institutions.

83% think that freedom of speech has progressed, and only 3% that it regressed.

The record-breaking answer to the question “Which of these sources do you use to gain political information?” went to Armenian TV companies (79%) followed by the Internet (66%) and Social Media (54%). An estimated 28% named Russian Television as a source of information.

The answers to this question give rise to anxiety as the distribution of sources for the majority of the public is done not according to platforms but by the place of their representation.

In response to a question asking which television talk shows are  watched most frequently, 30% of respondents answered none.

The respondents for the question asking if they considered mass media as being free to express various political views say that the media is corrupt (38%), the government puts pressure on the media (30%), and the media does not report bad news (22%).

When asked “How many times per week do you access the internet?” 50% of respondents answered every day.

There are interesting indicators in the answers to the question “Which internet sites do you visit most often for news?”

18% did not answer, 41% chose Azatutyun.am and 34% News.am. This slide contains errors and omissions. For example, Radio Liberty’s website and Blognews are presented with a mistake and Sputnik Armenia’s and Shant TV addresses are incorrect.

Social media leader is Facebook with 82% of the respondents choice, followed by YouTube with 46%. It’s worth noting that only 2% said that they do not use any social media website.