“Shady” And Fake Appointments In Media 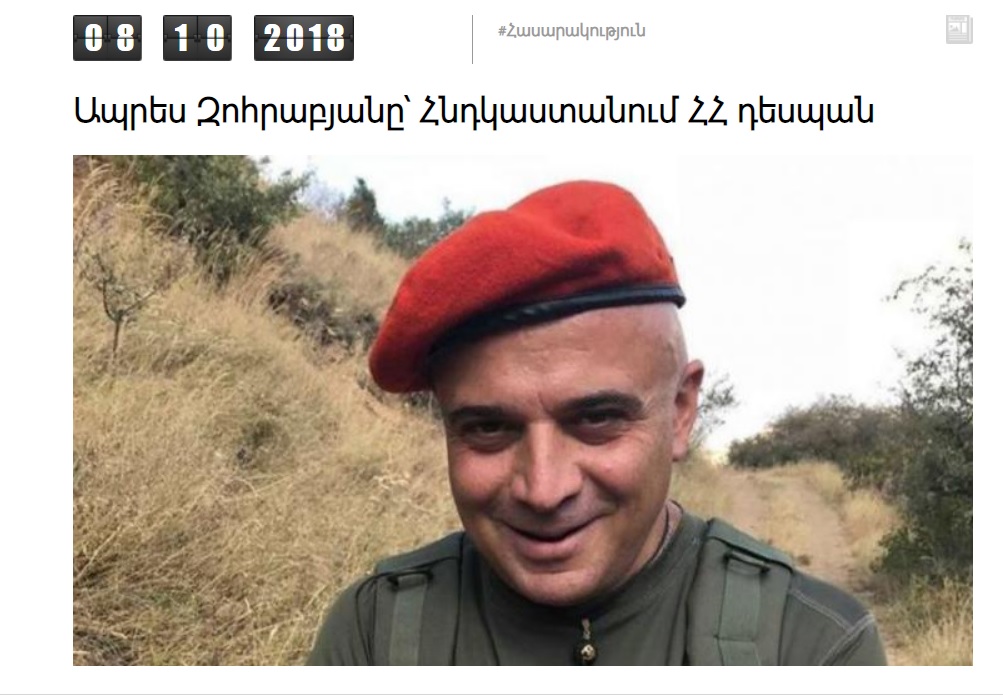 For a few days in a row, journalists and those who are acquainted with the media were having fun on Facebook, by appointing themselves or others in “greasy positions.” The media did not understand the joke. The fun flashmob, some of the participants being working journalists, became a trap for the media Large amounts of information that is not related to reality appeared in the media.

Let’s start from the end, the most interesting part. Ecologist, yoga instructor and freedom fighter Apres Zohrabyan, wrote on Facebook on October 8, that he had been appointed as Armenia’s Ambassador to India.

Armlur simply quoted Zohrabyan’s words completely. Yerevan.today briefly touched upon his biography, noting that Apres Zohrabyan is a veteran of the Artsakh war and former member of the ARF Dashnaktsutyun’s Nikol Aghbalian Student Union. News.am’s report on this subject was shared 278 times. “Hraparak” daily’s front page reported the news that Zohrabyan was appointed Ambassador of Armenia to India, observing that he had criticized Nikol Pashinyan’s team on a political basis, for the practice of appointing non-professionals as ambassadors.

But on the same day, Apres Zohrabyan created a second post saying that his announcement about being appointed ambassador was a joke.

Zohrabyan explained, “I never had a private conversation with the Prime Minister. I was simply scrolling down Facebook in the morning when I saw a joke being shared around Facebook, fake news about Styopa Safaryan’s being appointed as the Vatican’s ambassador, and I decided that I in turn would begin my work week with a joke, not expecting people to take it so seriously.”

New articles denying Apres Zohrabyan’s post have not been addressed. It turns out, that according to the readers’ latest information, Apres Zohrabyan is the Armenian ambassador to India and he is already collecting his items from his Yerevan apartment to move to that eastern country.

Only “Hraparak” commented on Zohrabyan’s denial, writing that an ambassador which was appointed yesterday is being released from office today. Yerkir.am has deleted the news about Zohrabyan being appointed an ambassador instead of denying it.

And now let’s look at the background of this flashmob, as told by Armtimes daily journalist, Narek Kirakosyan. One of Narek’s friends wrote on his Facebook account that he was appointed Minister of Agriculture. Kirakosyan spread the joke around to his colleagues, writing statuses that journalists grisha Balasanyan, Tatev Khachatryan and Tirayr Muradyan had been appointed this or that position. Each new fake piece of information was being taken in the place of reality until it was denied by the journalists themselves.

Other Facebook users began to take on the attractive game. Political scientist Styopa Safaryan was appointed Armenia’s ambassador to the Vatican. This news received a great deal of reaction and discussion. After that, Apres Zohrabyan decided to “appoint” himself the position of Ambassador.

Creating precedents that make people wonder, if an announcement made by someone of Facebook regarding their activities is enough to publish the information at once. The requirement to verify information from second and third sources remains relevant.