When Students Are The Media 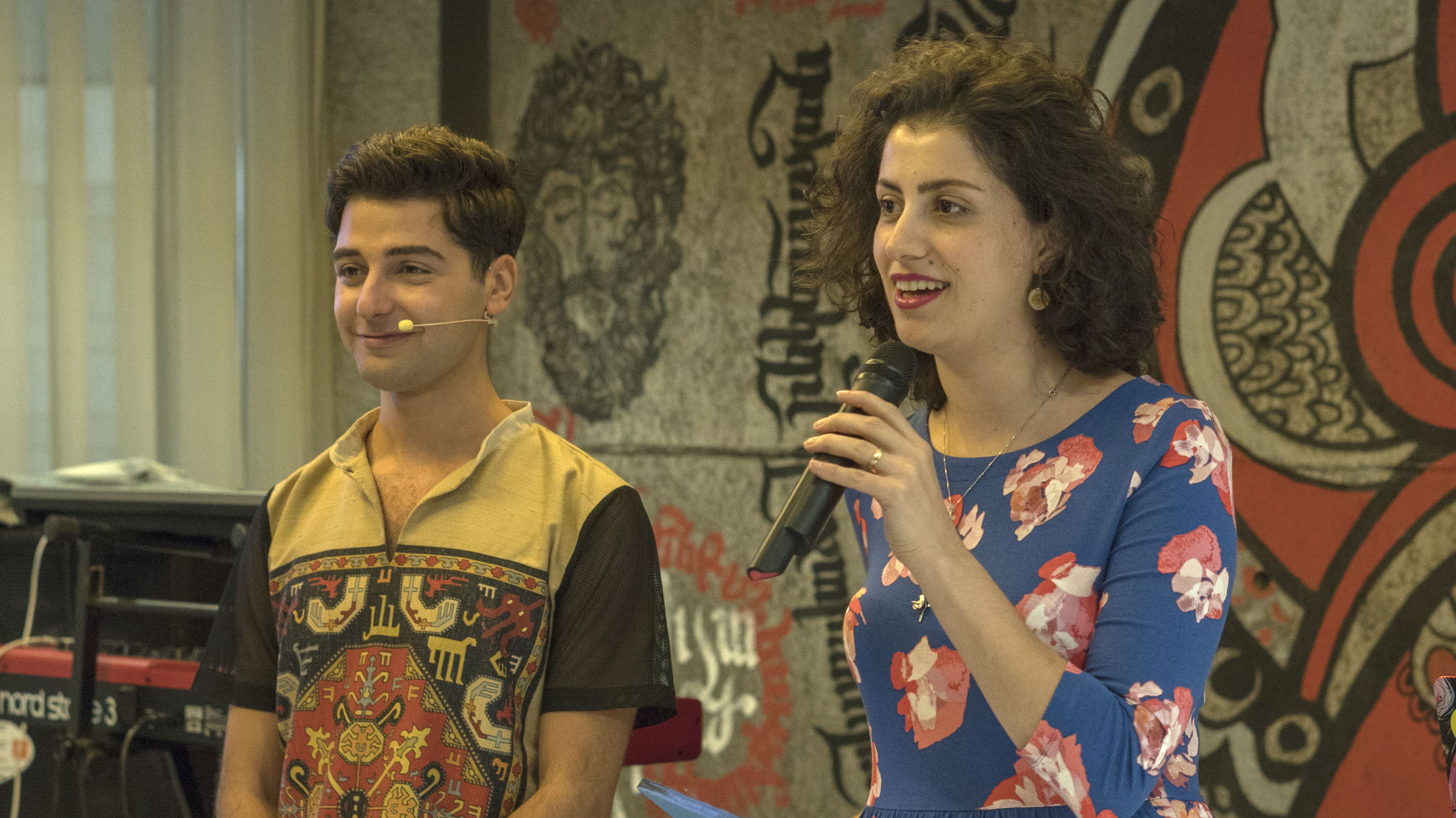 Of the 30 works submitted to the Media Initiatives Center’s (MIC) “I Am The Media” student competition, 17 of them were on the subject of the revolution which took place in Armenia in the spring of 2018.

According to Lusine Grigoryan, head of the MIC Media Literacy program, the topic that spoke to most of the contestants was the relationship between Velvet Revolution and the media.

The winner of the contest was Mariam Mkrtchyan, a student in the Journalism Department of Yerevan State University. She wrote about the “Revolutionary Symbols.”

“The Velvet Revolution was a human-revolution for me. A person is re-evaluated and re-evaluates their life in their country. The focus of my article is that the key is not the “dukhov” hat and shirt, but the person, who is changing towards the better and is changing their environment for the better. Without the person, the acting person, everything is pointless,” says Mariam.

The second place was awarded to Arpine Haroyan, a student at the American University of Armenia, helped the EVNreport team during the revolution. She said that it was very stressful and emotional, but at the same time her desire to help the team was great.

Even newsgroups that had many journalists did not manage to present everything that was happening. EVNreport, according to he, managed to convey all of it to their English-speaking audience with the help of students of the American University, who sent photos and video information from on the scene via Facebook.

“There was a moment when we felt we couldn’t keep up. I understood that you could just write a Facebook status. A little while later my friends, mostly from the American University, would send me photos and videos. Thanks to them, we were able to share as much as possible with the world,” she says.

Through her personal story, Arpine tries to say, “if you are an informed citizen, you can tell the difference between right and wrong, are media literate and have a smartphone, which nearly everyone doe, and you can write, you can help media outlets. So, anyone can be media, a so-called civilian journalist.”

The jury comprised of reporters and journalism lecturers, chose the top three “I Am The Media” prize winners and two articles also received honorable mention awards.

The competition was organized with the support of the American people, within the framework of the USAID-funded Media for Citizens Awareness Contest. Ucom also provided support for the competition.

The winners’ work will be published on media.am’s website, where the best essays from the previous three competitions are also available.