Publishing A Ballot May Have Criminal Consequences 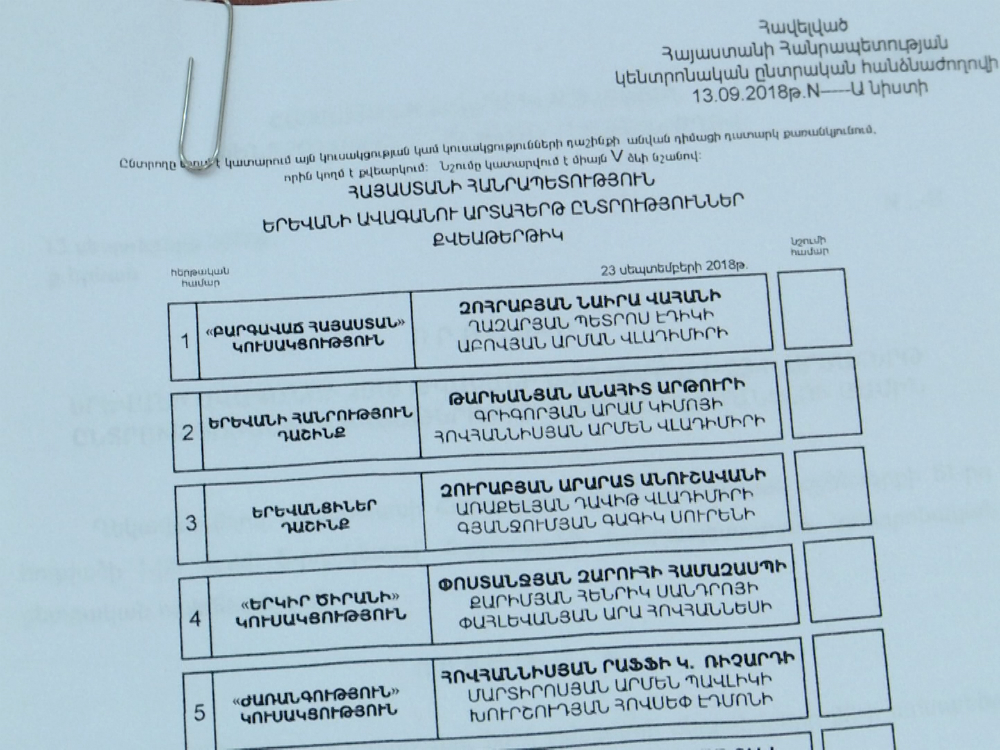 Posting a photograph of a filled in ballot paper on social media may lead to criminal prosecution.

Today, on the day of snap elections of the Yerevan City Council, since morning, several photos of ballots were posted on Facebook, in favor of the My Step alliance. Aside from taking photos, those voters also wrote posts, justifying their decision.

The Human Rights Defender’s office addressed the issue via a statement where they said, “Photographing and dissemination of the ballot paper is banned by law and according to the Criminal Code imposes a fine of 100,000-200,000 AMD.”

Vahagn Hovakimyan, the authorized representative of the “My Step” bloc, has issued a statement calling for not publishing the ballots. “Individual users of social media take pictures of their ballot papers and publish them. The fact that some people continue to do so after our announcement that ballot papers should not be posted on social networks, proves that they do so intentionally, trying to cast a shadow over the legitimacy of the Yerevan City Council elections,” he wrote.