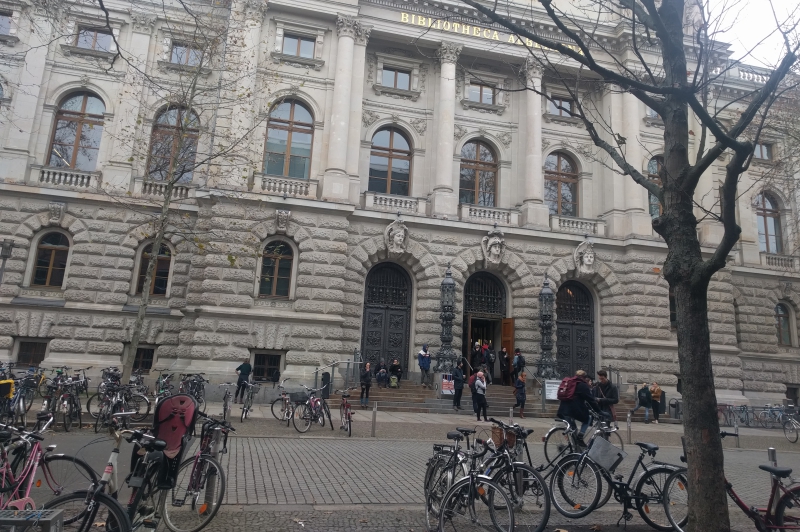 In recent decades, when the simple media-message-consumer connection ceased to exist and the new media-participant-media chain emerged, schools also began to seriously change.

The educational system changes in the world also upon the demand and awareness of prospects of teenagers and children.

At various educational levels, elements of media competence have long been successfully applied in all schools in Germany. Media competence is a mandatory part of education starting from kindergarten.

Leipzig University professor Sonja Ganguin recounts that in Germany in the 1960s they were seriously worried about what, ultimately, is the role of education. The need for educational reforms arose during the Cold War, when the USSR for the first time sent a satellite to space.

“In East Germany, there was even a new term: ‘satellite shock.’ It was clear that we were behind in terms of development. The main cause of discontent and suspicion was school, which wasn’t preparing competitive graduates,” she says. 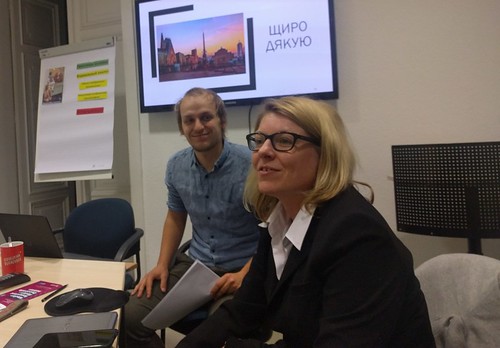 Research into the school system revealed disappointing results; it became clear that children from working class families did not have access to quality education.

“A question arose: how can education be distributed fairly? We had to give all children a chance, to go up the educational ladder. And after the long debates in 1970 to 1990s, the main guidelines were identified. Since you have to be competitive in not only the domestic, but also the foreign market, it was concluded that the key is not qualifications but competence. That is, he who is capable of self-education will have prospects. And in Germany’s educational system, that magical word was born: media competence (mediakompetenz in German),” says Ganguin.

Dieter Baacke coined this term as a result of the debates on universal competence in the field of the media.

“It was a revolutionary starting point, since Baacke substantiated that at the basis of education is the active media consumer. There can no longer be passive consumption; everyone, ultimately, should be active, knowledgeable media consumers,” says Ganguin.

And since the process of knowledge acquisition is conditioned by age, programs for different age groups were developed. At the basis is the fact that information goes through several stages: it is initially perceived with the senses, then decoded, and then analyzed. These stages are available even to babies. And at an older age, reflection on media messages and their assessment can also be addressed.

The German school system assumes that children must take this path independently.

“Scientists are convinced that a person can give an assessment at approximately 13 years old, since at a younger age they’re not capable of reflection. And it is from this age that teenagers can become media competent consumers, and media competent in general. In this sense, children are like journalists,” affirms Ganguin.

The German educational model implies action. You have to recognize what you will use later. A few steps of working were developed: media criticism, media evaluation and analysis, perception of the media as a science, communication and work through the media.

Added to these were emotional and esthetic pleasure. Working with the media is also joy. More accurately, simultaneously useful and enjoyable.

“In the 1990s, media competence became an over-used and fashionable word; there appeared 104 explanations defining this term. And this only among media educators. The meaning of the term was imprecise and unclear. Everyone was talking about media competence, but if we ask the ministers or politicians, no one can clearly say what it is,” says Ganguin.

In Germany, education is not the job of the state; all 16 states have their own notions on how media competence should be taught. There is one goal, but the paths to it are different.

Ganguin is displeased that instead of focusing on one universal educational model, developed are 16 concepts on how different school subjects can absorb media competence.

In the German state of Saxony, there are nine organizations engaged in media awareness and media competence programs. For their activities, 1.9 million EUR is provided annually.

“There is no specific audience that we prefer to work with. Media competence programs are aimed at all — from infants to people of the most esteemed age. That is, this is the supply of knowledge that a person needs during his entire life. Especially now, when each of us are participate in information dissemination and consumption,” she says. 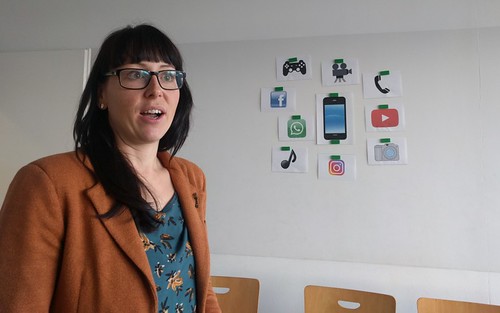 For this reason she doesn’t use the term media literacy: “When we say media literacy, we imply that there is complete knowledge that can be learned and ultimately crammed. Whereas by saying media competence, we stress that this is an endless process, which accompanies a person at all stages of his life,” says von Schmidsfeld.

The independent organization SAEK (Saxon Training and Trial Channels) provides licenses to private TV companies, organizes their transition from analog to digital broadcasting, and ensures diversity in content. But the main purpose is distributing media competence among schoolchildren.

“We proceed from the idea that at the basis of media competence is the person himself. A person is what he receives and transfers. The ability to analyze and criticize the media helps a person to question everything he hears and sees,” says von Schmidsfeld.

Saxony’s legislation mandates all school teachers to cover media competence. For example, during language and literature classes, they can talk about messages, advertising, and ethics. And move the discussions to the field of the media. All the projects are adapted to a specific classroom.

“It’s a good indicator when the schools contact us to participate in new programs,” says von Schmidsfeld.

She remarks that much depends on each school and ultimately on the educators being media literate. “We simply help with both practical handbooks and topics development. The school does the main work. Any theory is useless if it’s not applied in practice. We put the emphasis on media logic, and the children later create the media content.”

“We rarely involve journalists in our classes because they look at information differently. We more so need teacher–media educators, who will help children master the tools to understand information.”

Heidi von Schmidsfeld says that the most successful now are digital security classes (for example, on the topic “Do you believe it?” or “No to fakes on social media”), animation courses, and, no matter how strange it may seem, radio broadcasts, which are done by the children.

“In recent years it became clear that we have to work intensively particularly with the parents of schoolchildren. This, it seems, was left out of the focus of attention.”

Now in Saxony alone, 13 thousand new people annually are included in the programs as participants. And the important thing is that a chain reaction is created — participants of the classes later become good journalists and media literate consumers in general. After doing volunteer work for two years, many themselves become media educators.

In Germany, subscription to public TV channels is mandatory: each household pays 17 EUR monthly, regardless whether it has a TV set at home or not. From the amount received from this tax, 2% (which translates approximately to 6 million EUR) is transferred to SAEK’s budget, with the prospect of support for the media competence program.

Every year, SAEK chooses one main topic around which it constructs seminars, games, contests, and exercises. This year, the topic was the spread of hate speech on social media. Seminars for both students and teachers were held in all schools in Germany.

“Hate speech is very dangerous, as it spreads mainly to children and teenagers, and they’re not prepared to understand that political forces are behind it. We were very scared, seeing how children are unconsciously imitating hate speech, not caring about ethics. Hate speech seems to be a gray area: it’s not just a legal term, but also a context,” says von Schmidsfeld.

She believes that ethical/moral conduct on social media is the most current and painful topic, since children have to understand that responding to hate with hate is not a way out.

“It’s important for children to understand there are rules also on social media. And the first step is a critical attitude; the idea that you can reply, taunt, or, in the best case scenario, ignore the hateful remark. Our aim is to get this discourse out of school and spread throughout society,” she says.

The teaching of media competence relies also on surveys. The surveys conducted among children are done to understand what concerns, offends, and angers them.

Later, with the help of the surveys, rules of conduct on social media will be developed.

Nune Hakhverdyan
Article prepared during the program
Support of the Competence of Visual Literacy for Consolidation of Democracy
organized by the Moldova-Institut Leipzig.
The program was funded by the Federal Foreign Office of Germany.