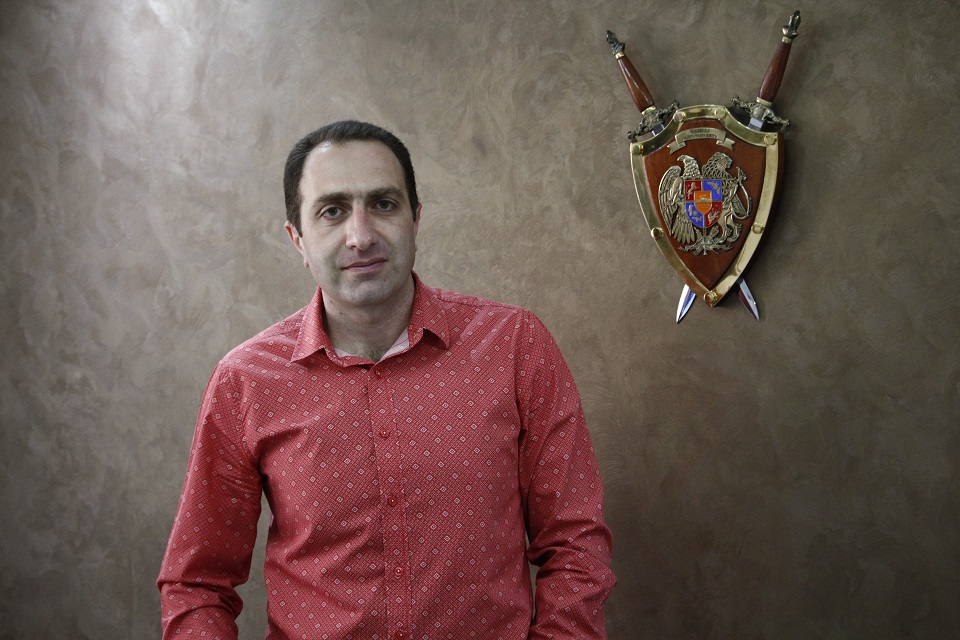 Lawyer Grigor Bekmezyan, being a Ucom customer, has launched a lawsuit against the telecommunications company, demanding to either provide proper service or return the money collected for services not rendered.

The matter refers to blocking access to the the England Premier League (EPL) matches on Russian Match TV, Football 1, Football 2, Football 3, and other sports channels since August 2016 and depriving customers from these sports broadcasts.

The exclusive right to broadcast the EPL matches for 2016–2019 in Armenia was acquired by the Second Armenian Channel (H2), which shows two matches from each round, a compulsory one of which is a Manchester United match (since Armenian football sensation Henrikh Mkhitaryan plays for that team). Telecommunications providers block not only the two EPL matches that H2 broadcasts, but also the other eight matches. Cable TV companies shut off the Russian sports channels during all EPL matches, so as not to violate H2’s exclusive rights.

The blocked access has caused the ire of football fans. Bekmezyan decided to test his relationship with Ucom in court. The founder and manager of Bekmezyan Law Offices teaches at the Yerevan State University’s Faculty of Law and in preparing the lawsuit, involved also his students, in order to gain practical experience. The lecturer told his students, instead of complaining learn to defend your rights. Defending Bekmezyan’s interests in court will be the students themselves.

The lawsuit is open and any citizen can join. One person has already joined as an independent person, foregoing the need to submit individual claims.

“I installed Ucom at home and at the office first of all to watch the broadcast of football matches on Russian channels. Moreover, I’ve subscribed to a special package to watch the EPL matches. And it doesn’t say in the contract that because of H2’s exclusive rights, I won’t have that opportunity,” says Bekmezyan.

The lawyer is not asking for more money. “I don’t intend to get rich at their expense. Our purpose is for [telecommunications] providers to render services in good faith. That is, to inform in advance what we should expect. If a TV station has the exclusive right to broadcast two matches, then why are the remaining eight matches blocked? On what grounds?

“Let’s wait for the court ruling. This could set a precedent, so that other citizens appeal, and the company will be obligated to compensate everyone,” says the attorney.

Bekmezyan already has experience in so-called regulating airwaves. In 2015, Ucom had blocked the UEFA Champions League matches. Considering that the right of customers to get services was violated as a result, Bekmezyan together with his students contacted the telecommunications provider and was informed that Armenia TV had the exclusive right to broadcast the League matches.

The group also contacted Armenia TV, and later, not receiving a response, to the National Commission on Television and Radio (NCTR). Considering that exclusive right in this case is a theoretical concept, the group of lawyers had written a letter to the European Broadcasting Union. The issue wasn’t resolved, and when they decided to sue Ucom, the company asked for time to negotiate with Armenia TV. Ucom began to broadcast the matches that Armenia TV wasn’t showing. And so on, until now.

The next settlement happened in 2016, during the UEFA European Championship. In this case, the exclusive broadcasting right belonged to the First Channel. The same written correspondence and negotiations began, which resulted in Ucom broadcasting the Russian channels.

Likewise, with the EPL matches, the group headed by Bekmezyan met with the Ucom management and tried to come to an agreement. But to no avail.

The first court session took place on March 22, 2017; the second, in June. Since the EPL championship has ended, the plaintiff asked the court to reformulate the lawsuit. The new 2017/2018 season will begin on August 11. The plaintiff will decide his tactics based on whether the League’s matches will be broadcast on the Russian channels or not.