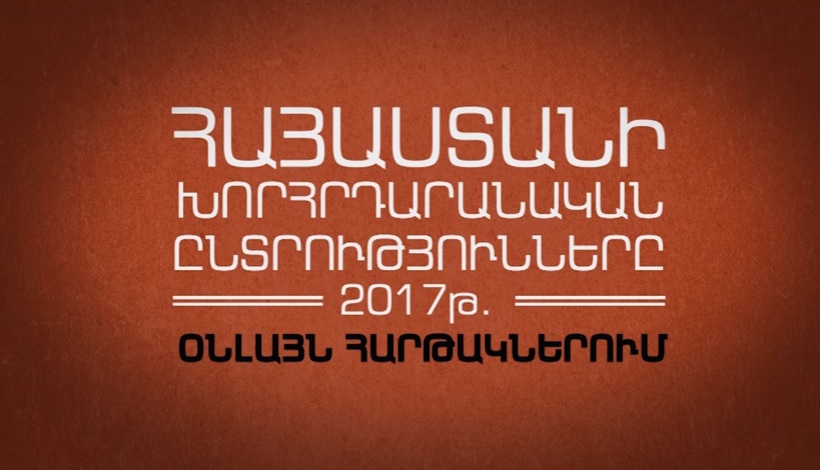 More than a third of Armenia’s population, around one million people, is registered on Facebook.

A study conducted by Region Research Center titled “Armenian Online Media and Facebook Platforms in the 2017 Parliamentary Elections” has determined the unique aspects of electoral processes in online and social media.

Seven online media outlets with a “societal-political focus” were chosen for the research study (1in.am, News.am, Tert.am, Aravot.am,168.am, Lragir.am, Armlur.am), which have good ratings and large audiences. According to the study’s report, the number of monthly views of these websites on the eve of the election ranged from 770,000 (Lragir.am) to 10 million (News.am).

The Center determined that the ratings of materials published during the official election campaign did not undergo significant changes. For the first time in the history of Armenian electoral processes, the topic of the Karabakh conflict occupied the top three positions in the monitored media outlets. The Diaspora, the environment, healthcare, and culture and tourism were topics that were addressed significantly less.

Visualization of the Election Campaign in Online Media

Some of the online media outlets covered the campaign with a significant amount of video content, showing political parties’ meetings with voters in different residential areas, their interviews, and discussions they participated in.

“Never before had so many faces of ordinary citizens been on online media, and there had been no direct speech to the extent we saw this time,” say the researchers.

Through the visualization of the campaign, one became aware of the moods of voters in different residential areas towards the elections, the political process, and this or that political party running in the elections.

Amount of Media Attention Given to Rival Parties

In fact, the negative references were mostly made by rival political parties.

It’s also noteworthy that for the first time in the history of electoral processes, online media received paid advertising. HHK and the Armenian Revolutionary Federation (ARF) had paid advertising in almost all the media outlets.

All the nine competing parties actively campaigned also on social media, mainly on Facebook, where the campaign was propelled forward not only through the candidates’ Facebook accounts, but also on official pages.

The pre-campaign stage on Facebook was distinguished by an abundance of paid advertising. And new social media tools were used; for example, live streams, sign language interpretation. Facebook became the first platform where the calls and appeals of different political groups directed at rival parties were heard.

On Facebook, the number of video materials and photos on the elections exceeded text-based content. And these are the materials that garnered the most reactions from users.

For the first time, electoral messages were disseminated through music videos. These videos also had a large number of views.

For example, on HHK’s page, a video of the election campaign concluding event garnered 85,000 views, while Congress–PPA leader Levon Ter-Petrossian’s interview with Kentron TV had 288,00 views.

Congress–PPA’s “Peace Anthem” produced specially for the campaign had 101,000 views.

According to Region Research Center, smear campaigns this time were not a “very extensive phenomenon” on social media. There were almost no caricatures, demotivational posters, or memes of political figures and competing political groups. Neither were there any oppositional social network flash mobs and so on.

Perhaps the only Facebook page spreading “black PR” was the “I am against the Republican Party” page.