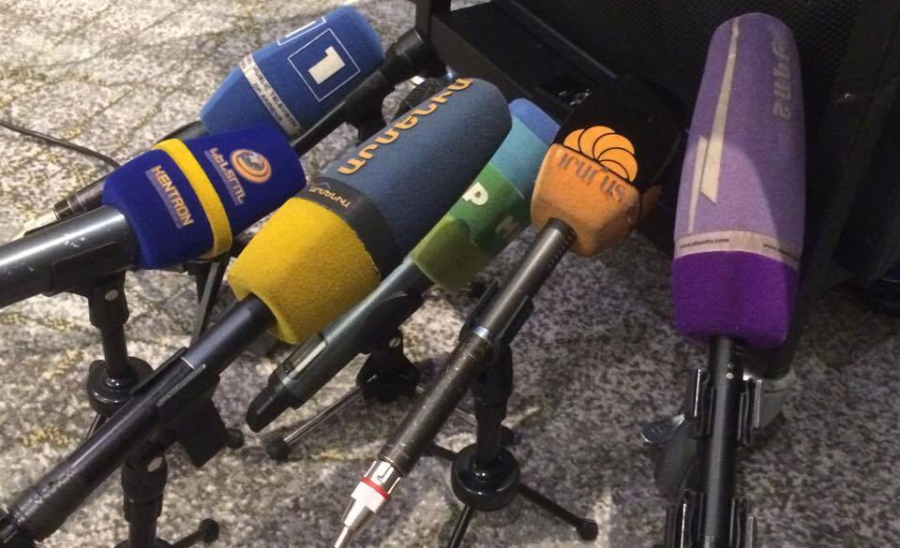 The Republican Party of Armenia (HHK), the Tsarukyan alliance, and the Ohanyan-Raffi-Oskanian alliance are the leaders when it comes to the amount of airtime TV stations devoted to them, according to recent monitoring results.

While neutral assessments prevailed, the party or bloc that received the most negative coverage was HHK; the most positive, Tsarukyan alliance.

YPC President Boris Navasardyan notes that compared to previous years’ campaigns, airtime in 2017 is balanced. In the past, when a political party or candidate received little airtime, journalists and editors reasoned that the party or candidate organized too few events or was not very much involved in various developments, Now, according to Navasardyan, the journalists themselves create news opportunities and get interviews or comments from the candidates.

On the topic of the TV stations’ active involvement, Navasardyan notes that Kentron TV and Yerkir Media are the most active. In fact, they had election campaign dispositions even before the actual campaign period — in February and March. The format of the programs doesn’t permit Armenia TV to be active (there aren’t that many news/analysis programs). In terms of airtime, H1 is also passive. Shant TV is active but, compared to Kentron TV and Yerkir Media, balanced.

“These assessments are not final, since during the two weeks following the 18th, passive TV stations can become active. Only on April 4 will it be possible to provide a complete assessment of all the TV stations we observed,” says Navasardyan.

In terms of the allocation of airtime, individual candidates proposed by political parties are in a disadvantaged situation. First, the law doesn’t mandate equal conditions to be set for them; second, covering the nearly 1,500 candidates is objectively a problem for TV stations.

The YPC monitoring doesn’t take a standard approach when assessing the coverage tied to Prime Minister Karen Karapetyan. The YPC monitors references (opinions, comments, interviews, third-party references, and so on) to the top three figures on the party or bloc national lists. The prime minister is not included in the HHK list, but he de facto bears the burden of the party’s campaign. In this case, all of the prime minister’s pro-HHK actions that are reflected on television are viewed as airtime provided to HHK.

“Karen Karapetyan’s work visits to the marzer [provinces] where he makes statements about the party’s election program or the party’s symbols are in the background are considered the party campaigning. It’s a different story in the case of government meetings; they don’t have anything to do with the campaign, if of course the meeting participants are not wearing party pins,” says Navasardyan.

Unintentional case of violation of ethics

For the first time, the YPC during a parliamentary election monitored also the ethics of the news/analysis programs of the five TV stations. According to the interim report, there have been 9 incidents of ethics violations on air by the five stations.

According to the monitoring results, an example of an ethics violation is when during a video that generally critiques the parties, a specific party’s or political group’s symbol is used or the leaders of the party were shown.

Navasardyan says this violation was permitted unknowingly, but it left voters with a negative attitude toward that particular political group or figure.

YPC has been conducting the monitoring from the pre-election campaign period, beginning from Feb. 15. During that time, the organization recorded on the airtime of the five TV stations 31 ethical violations, 21 of which were on Kentron TV. Of these violations, 11 were the Tsarukyan alliance reacting to the criticism by the Free Democrats party of its 15-point election program.

“The Tsarukyan alliance’s so-called response to the Free Democrats was presented on the TV station’s airwaves 11 times on the same day,” describes Navasardyan.