There is a significant decline in the outdoor advertising market 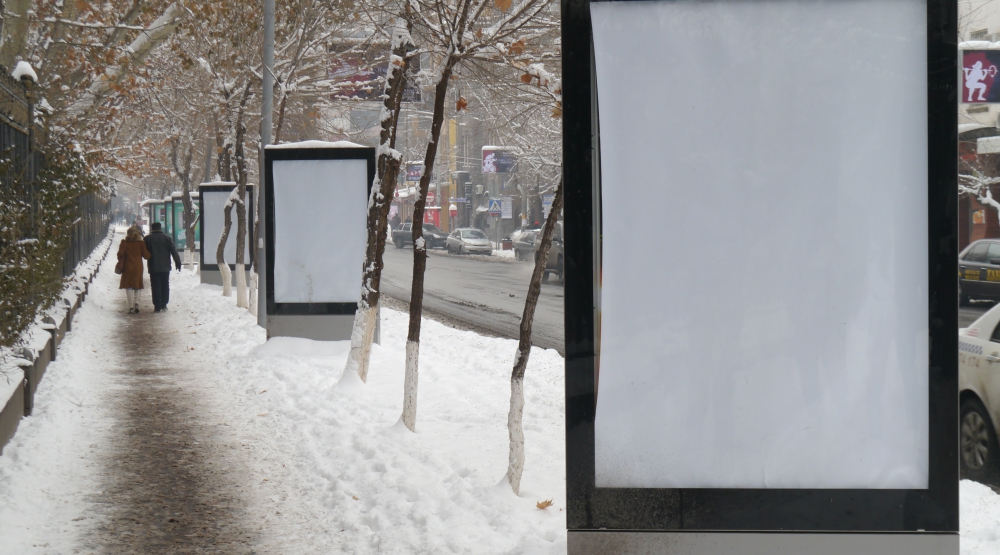 Over the past two years, the volume of outdoor advertising has decreased. Billboards either stand empty or are used for social advertising in the streets of Yerevan. The business owners explain the decline with a weak economy and uncertainty associated with the upcoming elections (the businessmen are waiting for political rearrangements to understand the future of their business). On the other hand, one should not underestimate the tendency for relatively new carriers and non-standard approaches in the field of outdoor advertising.

The market decline in percentages

There are not many players in the outdoor advertising market. Among big companies are Big Board, Zebra, Mikmetal, Unicorn Group, Nushikyan Association, BB Media, and Universal Graphics. Although empty billboards stand as witnesses to a decline in advertising, company leaders don’t like talking in numbers about their financial losses.

In his interview with Media.am, a project manager at the new platform for the outdoor advertising market Outdoormarket.am, David Mehrabyan says that 2016 saw a sharp decline in outdoor advertising; only about 30% billboards were used. “The decline started back in 2015. The advertising agencies were quite flexible, they offered non-standard proposals, discounts and free ads for a certain time period.”

Apollonia advertising agency specialized in advertising at building entrances and elevators registered about 40-45% decline in turnover in the last two years. The director Nerses Sahakyan tells Media.am that companies see a lack of stability in the economy so they avoid long-term advertising.

“In the past, big companies would sign a contract for a year or a half-year, now the same companies sign contracts only for two or three months when they have a new product,” says Sahakyan.

According to the agencies, the prices for both elevator and billboards ads didn’t change. To avoid blank billboards and to be able to pay local fees, the agencies offer discounts and special conditions to their partners. They often place social advertising, as it exempts them from paying fees.

In order not to lose clients in the market for outdoor advertising, the agencies began to offer non-standard approaches, such as 3D advertising, billboards with a missing image or with an image outside the billboard. International companies were the first to order non-standard advertising because the ads are interesting and immediately attract attention. Because of the additional construction costs, the ads with non-standard solutions are more expensive than traditional billboards. Since banks are financially stable and demanding when it comes to advertising, they also ordered non-standard ads.

At the same time, the companies started to widely employ carriers that haven’t been used much in Armenia. One of the reasons was the municipality got rid of advertising billboards in some of the streets in the center of Yerevan. The gap needed to be filled. Thus, the billboards in the city center were quickly replaced with the ads at bus stops, bridge advertising, city formats, scrolling posters, and lightboxes.

“Outdoor advertising cannot be measured, although there can be expert opinions based on the intersection where advertising is placed, the population density, the flow of vehicles and pedestrians, and even the duration of traffic lights,” says Liana Khandanyan, Media and Marketing Director at BTL Services.

Before the holidays, the advertising companies took a break. By the end of the year, they managed to place orders together with their partners in peace. Now with upcoming elections, there are expectations that the sector will stabilize after the elections.

There is a chance for positive change for outdoor advertising market in 2017, since starting from March, billboards, elevators, radio and television airtime will be filled with political advertising, which will provide new financial flows for the companies.