Statistics on Violence and Pressure against Journalists 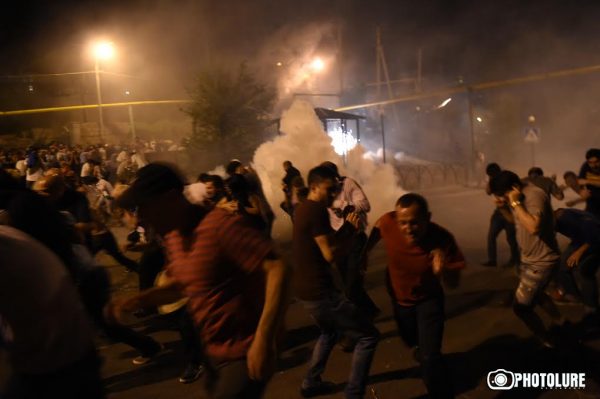 In 2015 and 2016, several cases of violence against journalists in Armenia were registered. 2015, during the Electric Yerevan protests, there were several attacks on journalists. In 2016, journalists were attacked and beaten during the dispersal of demonstrators in Sari Tagh district.

During the past year, there were 17 new court cases involving mass media representatives. Fourteen cases were related to defamation and insult, two cases to money extortion and one case was related to violation of the presumption of innocence.

“We believe 2016 was a violent year for reporters. Particularly, after the Daredevils of Sassoun took over a police station, media representatives became a target for attacks. Even when the reporters, sensed the danger and wanted to leave the ground, they were beaten up and their equipment was destroyed,” commented the Chairman of the Committee Ashot Melikyan.

In her interview with Media.am, Tehmine Yenokyan, a reporter at Lragir.am, who filed three lawsuits against police officers, mentioned that, first of all, journalists must pay attention to violations of their professional rights, which is just as crucial as information rights violations.

“A journalist’s job is not limited to activities in the street. I am often in the courts. I closely follow the cases I file, because it is quite possible for my rights to be violated in the courts too,” says Tehmine.

An attorney David Asatryan, who represented Siranush Papyan in the lawsuit against the Police Chief, mentioned that the right to legal assistance is most commonly violated in Armenia, because not all journalists can afford it. “We need a systematic approach here: an institution that will specialize in protecting journalists’ rights and will provide free legal assistance,” says Asatryan. According to Asatryan, today there are some developments in the field, but these are not necessarily positive developments.

A media lawyer Ara Ghazaryan commented that there are more than 100 cases of violence against journalists, however, there is not a single court case. One of the reasons is that, since the courts are overloaded, cases are often dismissed.

“According to the data, the number of judges in Armenia is three times lower than those in European countries. This complicates the process of filing a lawsuit for journalists and media representatives, since hiring a lawyer for a longer period of time is quite costly,” says Ghazaryan.

Concerning Sari Tagh events, Ghazaryan stated that the preliminary investigation is over, and 7 people had been charged.