The “Tvapatum Investigation: Media Against Corruption” journalism conference, organized by Media Initiatives Center, took place in Yerevan between December 6-8, and had one main goal: to try and promote investigative journalism in Armenia and the disclosure of corruption cases, which are based on the concept of public interest and public engagement.

David Leigh, the founding member of the Consortium of Investigative Journalists, and formerly the editor of the investigations department of “The Guardian,” stated:

“Investigative journalists face people who have money and power and are able to pay an army of lawyers, bank workers and accountants to keep their dirty secrets.” 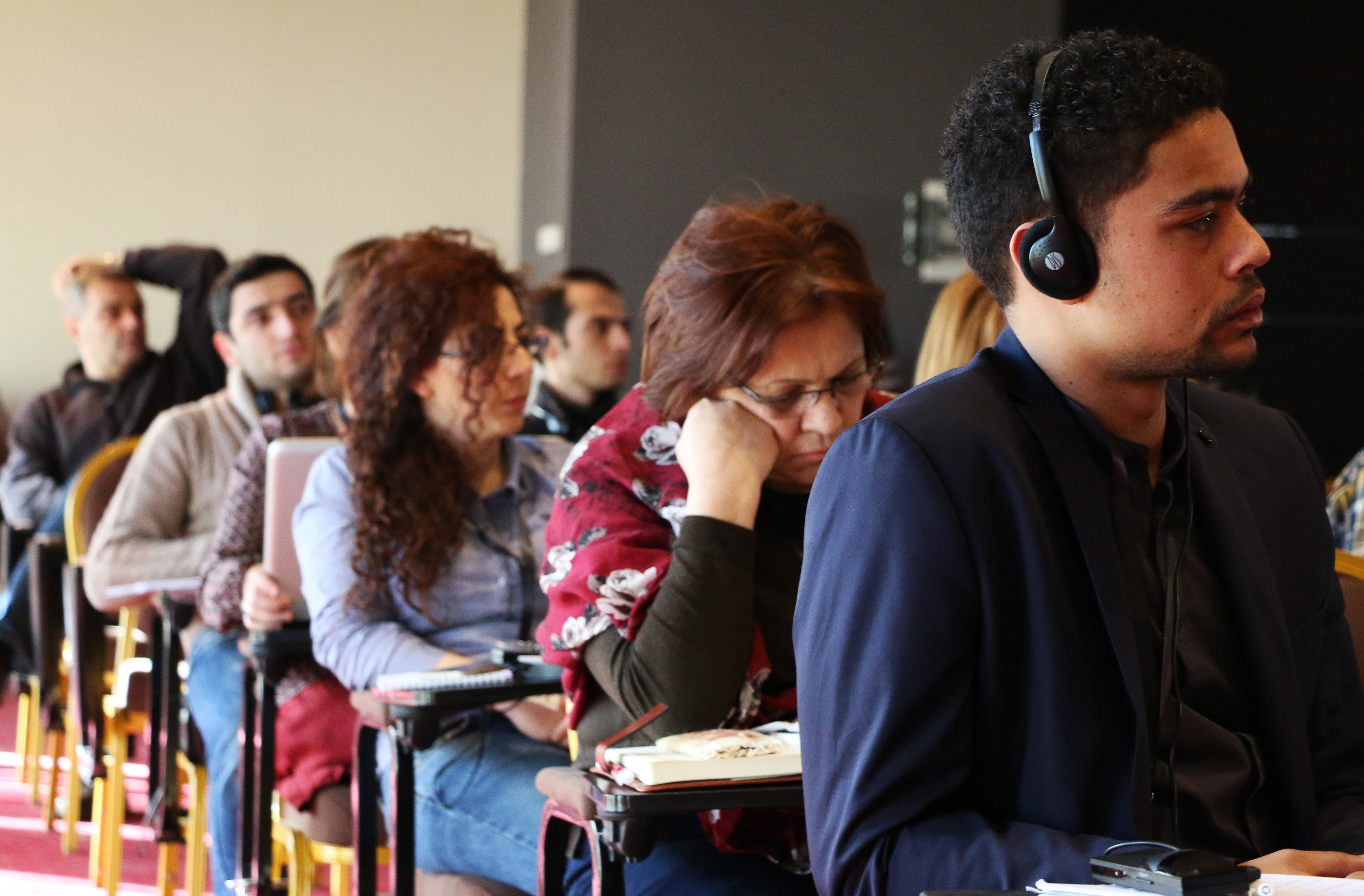 Cross-border cooperation comes to the aid of journalists in this situation. In the end, journalists working on the same theme and cooperating are able to generate a greater public response than if they work alone and rely only on local sources.

And the second supporting force are the hackers, who in recent years became a reason for leaks of enormous masses of information.

“And when these two phenomenons connect, a new powerful weapon is created, which by possessing, journalists learn how to successfully fight against financial corruption,” said David Leigh.

Large teams of journalists work together, later making one big story into an episodic series of articles and simultaneously publishing it in various media outlets. And it is good, when cooperation is international.

“When we work on projects of large investigative networks, oftentimes we don’t even know who our source is. Not knowing the source is the best way to be protected from state pressure,” said David Leigh.

Pavla Holcová, the founder of the Czech Center for Investigative Journalism, spoke about how all of their projects are cooperative. For example, Czech journalists, together with Armenia’s “Hetq,” investigated Armenia’s shady business branches in the Czech Republic. The results revealed the “thieves in law” connection with senior officials in Armenia, whose business associations, illegal properties, and involvement in the mafia system are no longer a secret.

Oleg Khomenyuk, the senior media expert of “Internews Network,” presented the platforms and information processing stages, which are necessary to investigative journalists.

“Public information has become available. It is now possible to receive desired information without intermediaries. The issue is with the analysis and preservation of the information. New tools are appearing, which help you quickly search for necessary figures and facts from millions of data streams,” he said, demonstrating Ukrainian websites created with the help of volunteers, that collect public information from state officials and make it searchable for journalists. 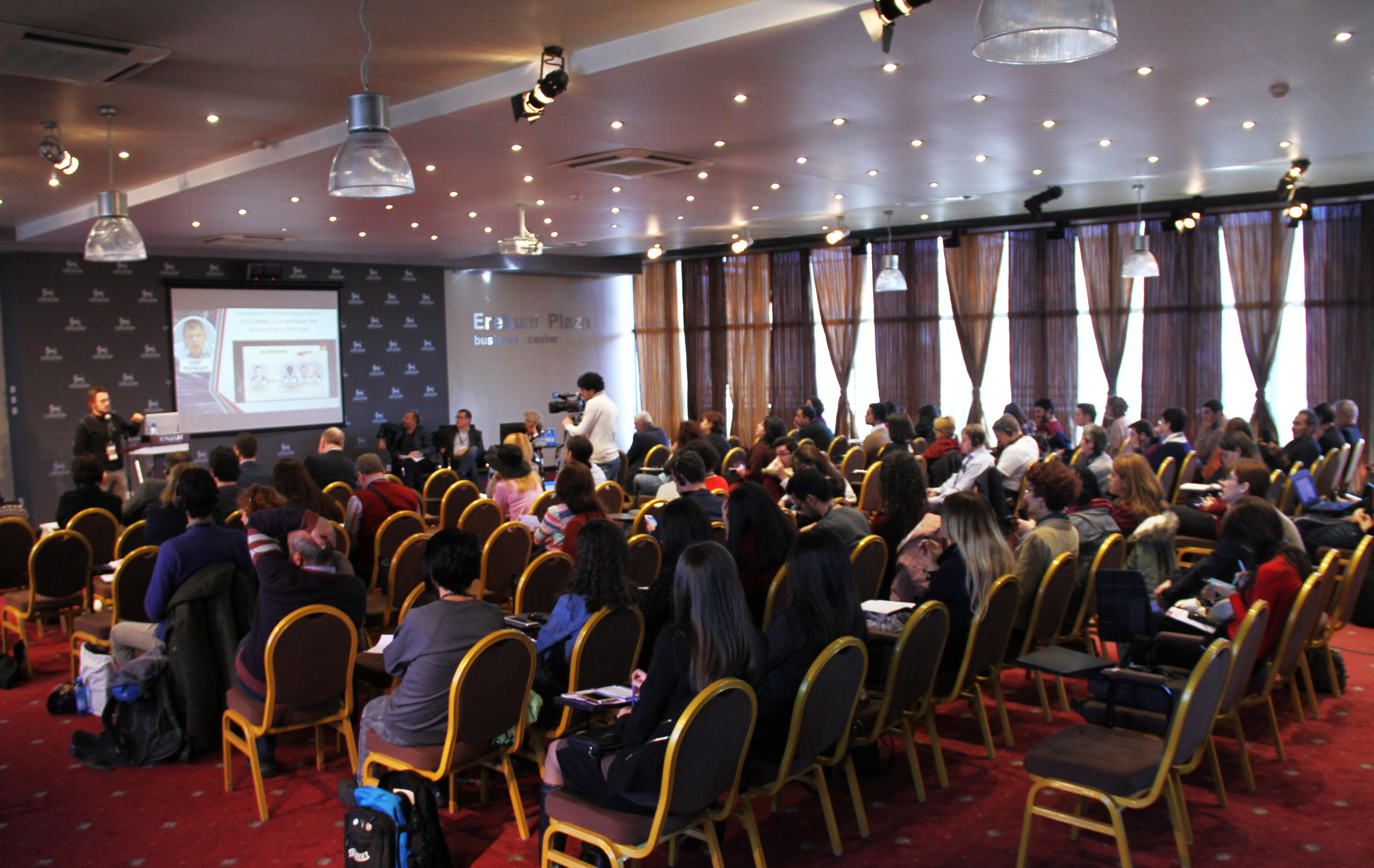 Lithuanian journalist Skirimantas Malinauskas said how in recent years in Lithuania, the amount of articles revealing corruption cases has increased, with the flow of the Panama papers becoming a basis for them.

“The investigation is not only the disclosure of information from various sources, we are doing great work to excavate and check the information, in order to use it, and to make our own conclusion. In order for the subject to be clear for the readers, it is necessary to assess and present the context. And, of course, not allow for our work to be used for the benefit of different companies and individuals,” he said.

Skirimantas Malinauskas also urged journalists not to forget that long and high-quality texts will not have the type of views as short articles about sex, sports or the weather.

“Investigations are the most important type of text. Perhaps a few photos are necessary to accompany the text, but no more,” he said. 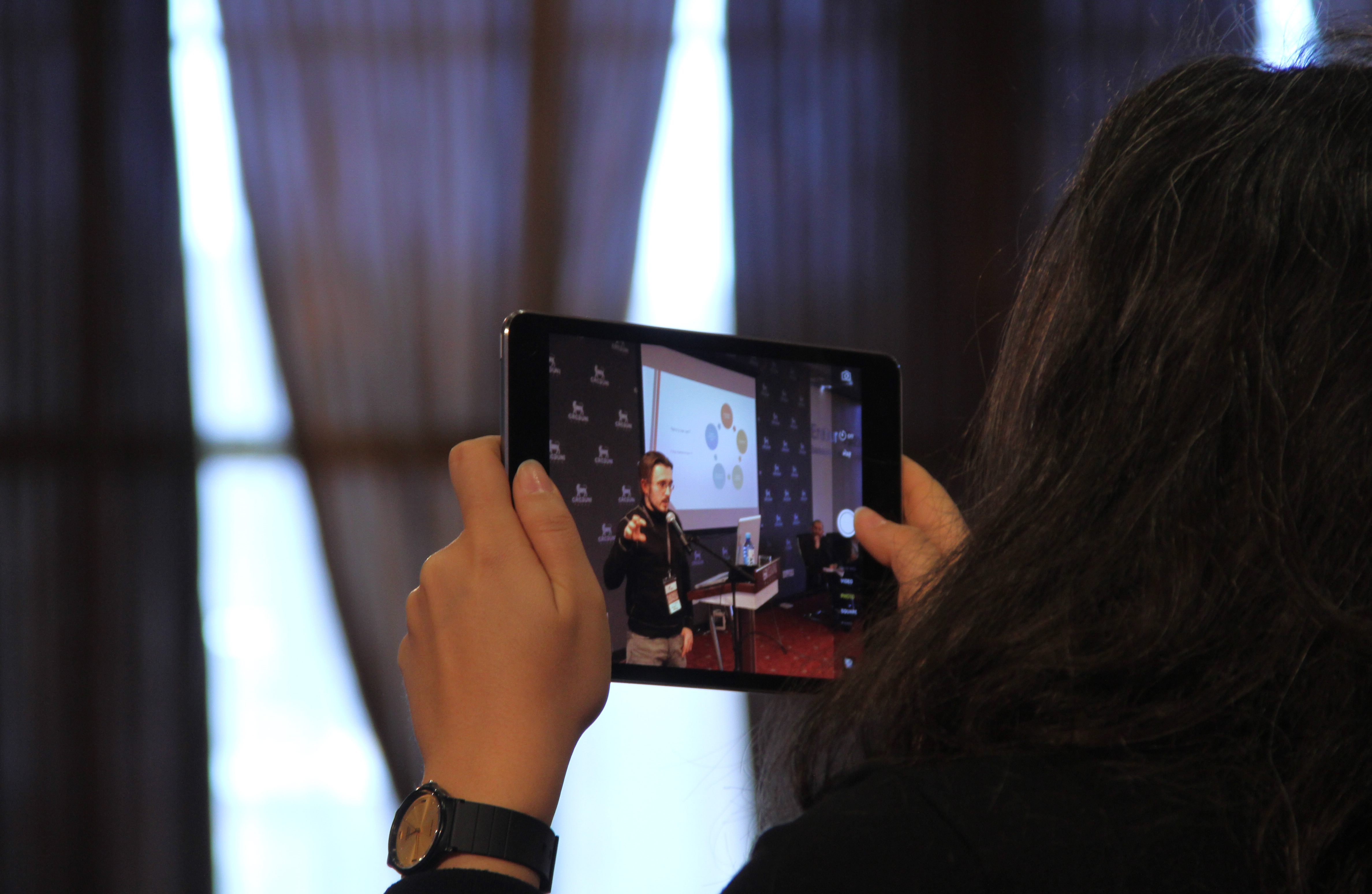 Washington’s American University School of Communication investigative workshop specialist Louise Lief compared investigative journalism to a supervisor, with a guard dog, who speaks the truth to the authorities.

“But it is important for people to trust the work of journalists and feel that they can act on their information. Today in my country (I think also yours) the number of people who believe in the media are becoming more scarce and many are doubting its credibility,” she said.

In the new landscape of information, journalists are forced to find new ways in order to communicate with different communities and active citizens (other than pressing the “like” and “share” buttons), so that their work will become more effective.

“The role of the journalist is reinterpreted, when there are new models of community engagement, which is already beyond the limits of journalism. From passive viewers, news consumers become active participants and information recruiters,” in this way Louise Lief has formulated the purpose. 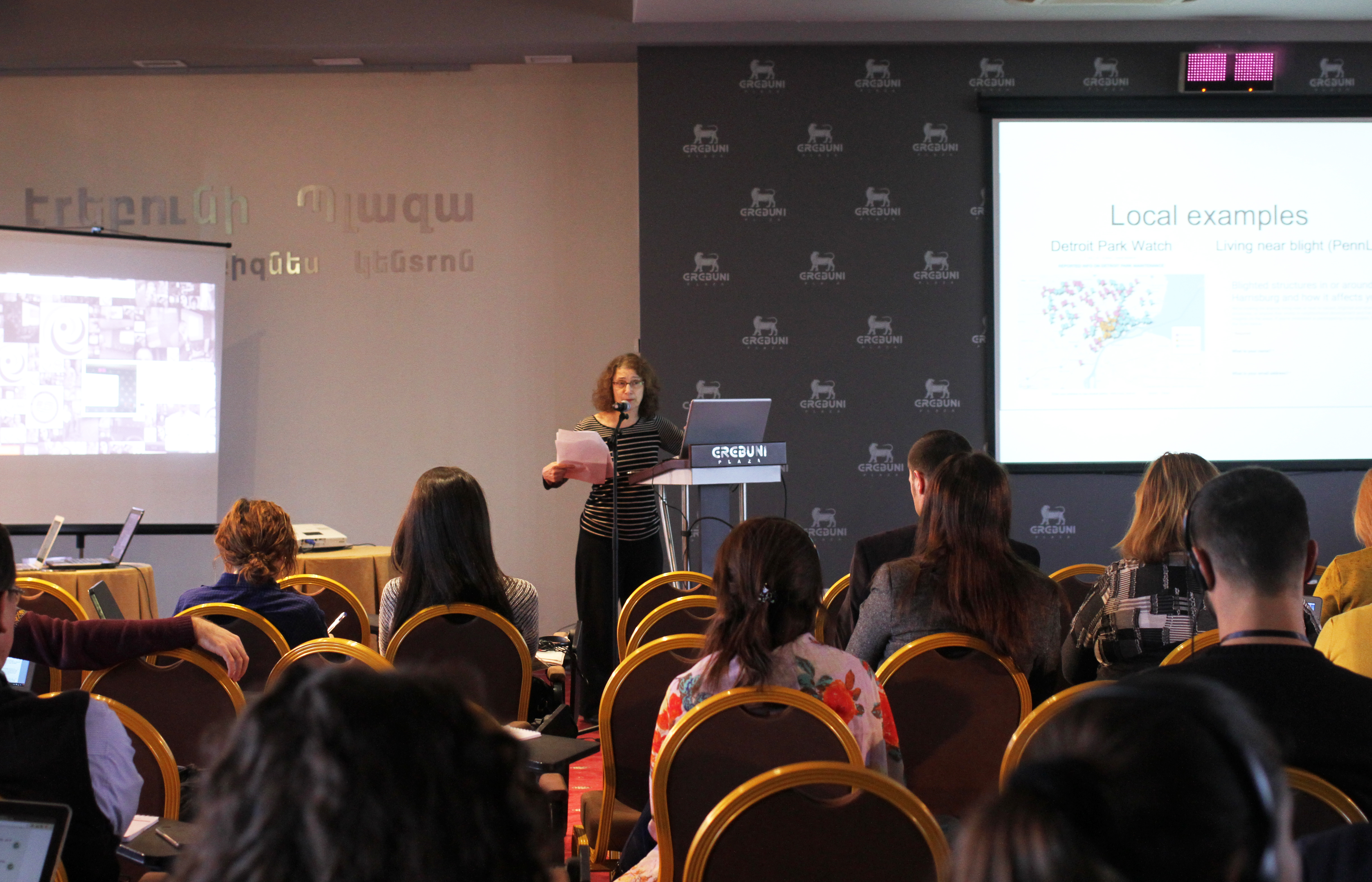 Lithuanian investigative journalist Evaldas Labanauskas also talked about the risks, of which the most important is concern that the investigation will not reach its goal.

“Sometimes it does not receive the expected attention or does not have an impact on society. In the worst case it can be entirely unpublished (the editor-in-chief will make that decision, interests of the business will interfere, etc.). But that should not discourage.”

According to him, of course there will be attempts to discredit, restrain journalists. He mentioned several conditions for protection from possible accusations.

“First, become as meticulous as you can, check and review the information sent to you. Even a small mistake can be fatal to your investigation, to your media, and personally for you. Then, publicize your work, by publishing documents and testimonies of other media platforms and networks. Publicity is your best weapon in the cases where they want to silence you. And finally, have a loyal team, that will help in an investigative situation and will not only provide new details of information, but will also morally support you.” 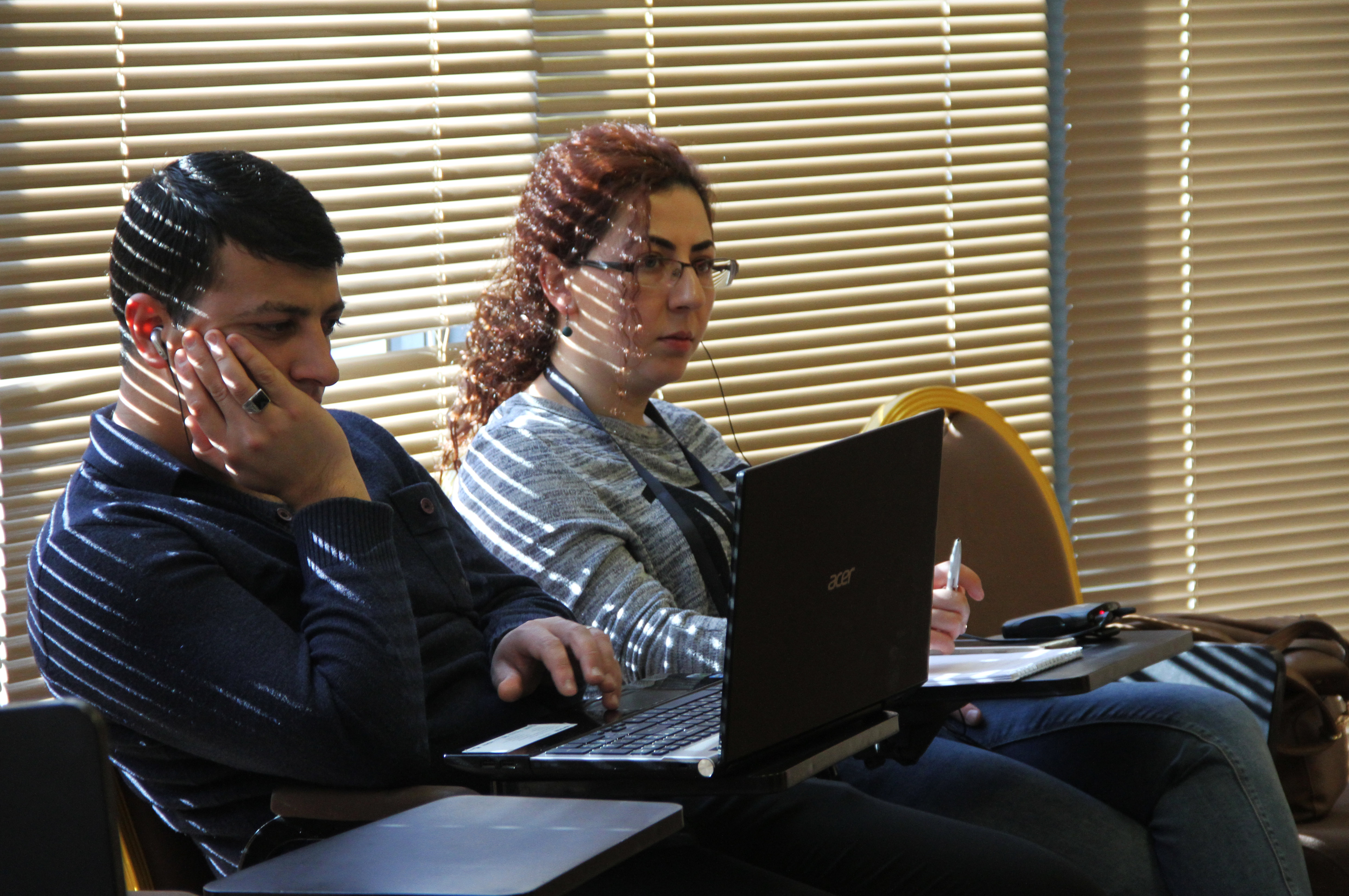 “Investigative journalism does not have a specific enemy. Officials are targeted, because they are managed by our emerging state budget taxes. Investigative journalists do not ask for much: they want those who commit offenses to be punished. If this happens, there will be changes in the country.”

The “Tvapatum Investigation: Media Against Corruption” conference was organized with the support of the American people: the “Media for informed citizens and participation” program made possible through the US Agency for International Development. The event was supported by the Republic of Armenia’s Embassy of the Republic of Lithuania.