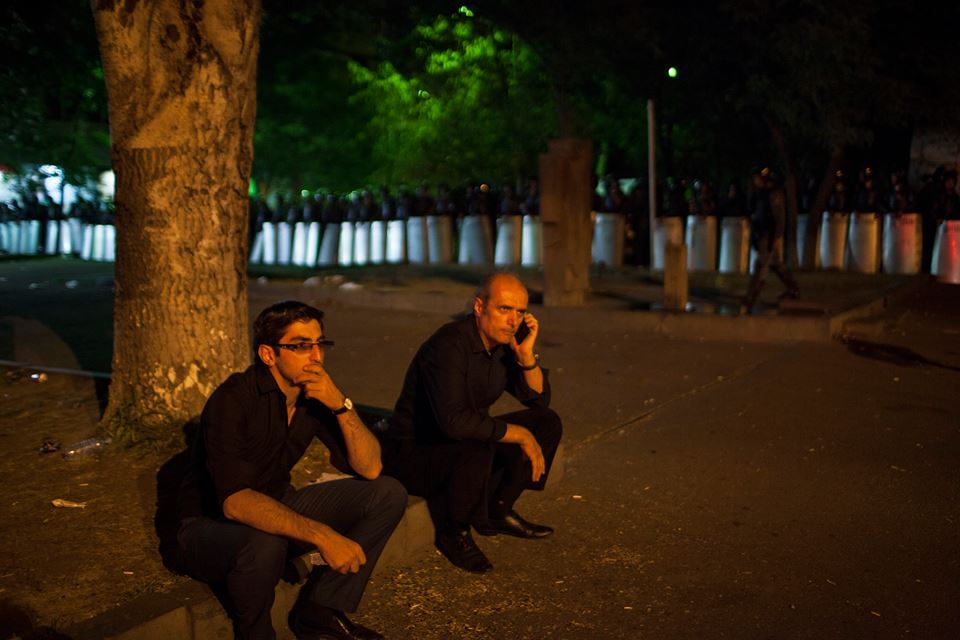 Thirteen Armenian media and rights organizations in a July 28 statement called the criminal proceedings against Levon Barseghyan, the president of Gyumri’s Asparez Journalists’ Club, fabricated, and considered the knife he had on him being called a “cold weapon” a pretense to punish him for his civic stance.

The statement was signed by the Committee to Protect Freedom of Expression, Media Initiatives Center [responsible for this site], Yerevan Press Club, Goris Press Club, Armenian Helsinki Committee, and an additional eight media or rights organizations.

Levon Barseghyan was detained by Shengavit police division on July 27 around 3:30 am, after participating in the rally on Yerevan’s Movses Khorenatsi St. Later, criminal proceedings were launched on suspicion of carrying a cold weapon. He was arrested and subjected to a forensic medical examination.