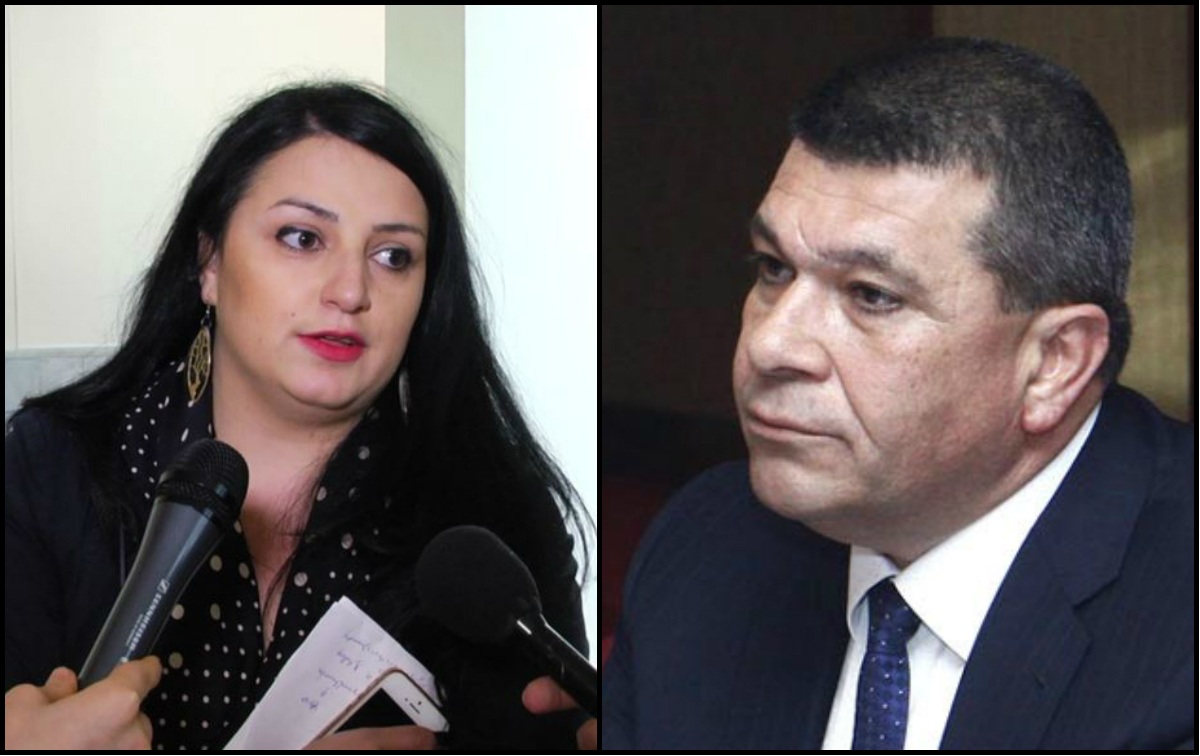 Recall, the disputed incident occurred on April 24, 2016, at the Tsitsernakaberd Genocide Memorial. At a briefing with journalists, to Papyan’s remark on police reforms, Gasparyan responded, “And I, forgive me, don’t see a woman in you.”

The preliminary court hearing is scheduled for September 2 at 3 pm. The motion to postpone was made by the plaintiff, to complete the grounds for the lawsuit and change the article.

Representing Papyan’s interests, attorney David Asatryan in conversation with Media.am declined at this time to specify what type of addendum they envisage, being satisfied with the description “development of strategic defense.”

As the case currently stands, the journalist is accusing the police chief of harming her honor and dignity, and is demanding only a public apology as compensation for the damage caused. Will this demand change? The journalist’s attorney so far refrained from providing any information. In any case, in what manner are the attorney or his client expecting the public apology?

“That is decided by the court. We find that the necessary act must be done in a reciprocal fashion, in the way that the respondent made that offensive, disgraceful statement.”

Wouldn’t financial compensation rather than a public apology be more preferable for the police chief? Gasparyan’s defense attorney Tigran Atanesyan considered this question absolutely “not appropriate.”

– You can’t expect me to answer such a question because no one’s insulted the plaintiff… There was no insult.

– But if you tell me now that you don’t see a woman in me, I really will be very insulted.

– If I tell you such an inappropriate thing, it will mean that I have some problems. Let no one doubt neither my nor my client’s ability to respect women. What we’re talking about is unprofessional journalism work. If you ask me an insulting question…

– I can make an assessment of the opposing side’s behavior and in such a way that I’ll consider right. There wouldn’t be such an incident if there was high-quality, professional journalism activity. The journalist received an answer that was worthy of her question.

– The law doesn’t stipulate that it is allowed to give an offensive response to such questions.

– When the question “we don’t see your reforms” is asked of a person who has been responsible for those reforms for almost 5 years, then the journalist must be ready to receive a commensurate response. The law doesn’t stipulate a lot of things… And what does it mean to abuse being a woman? It shouldn’t be abused; [she] has to be a woman and deserve the highest respect…

The representative of the police chief’s interests is sure that the equality of the parties will be maintained during the trial.

Though this is one of those few incidents in Armenia when a journalist calls an official to judicial accountability for defamation and not the contrary, the courtroom, however, was empty. Apart from those whose presence is mandatory, there were only 3–4 journalists.